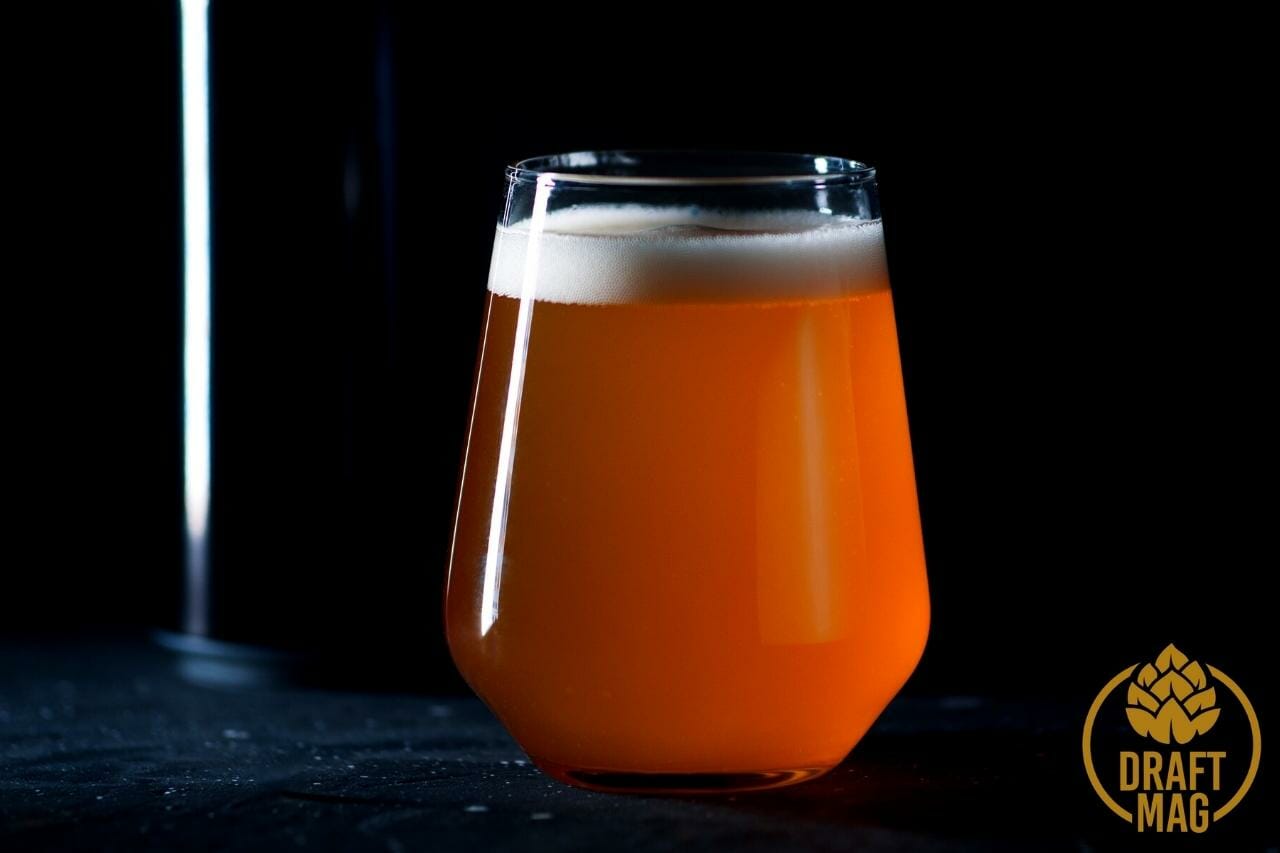 How to pronounce Gose beer may be quite tricky for many beer lovers. In the quest for unique and intriguing brews, beer enthusiasts discovered this German classic.

Often, drinkers pronounce this beer as “goose,” which is actually wrong.

This article will enlighten you on the correct pronunciation and provide other vital information regarding this top brew.

How To Pronounce Gose Beer the Correct Way

The German beer, Gose, has a weird pronunciation, especially for English speakers. Listening to google audio translate, what you hear is “Gow-zeh.” To simplify, you can pronounce it like how you would say the word “Rosa” — that is, you emphasize the “oh” but finish with an “uh” sound. You’d have something like “goes-Uh” or “goo-Suh.”

Now that you have learned the correct pronunciation of this beer, when you order this German classic on your next visit to your favorite bar or pub, you should try to pronounce it like a pro. Don’t ask for “goose.” Instead, call it by its actual name.

Many make the mistake of thinking these two beers – Gose and Gueuze, are the same. However, they are two different breeds, with Gose being a proper German brew, while Gueuze is an extension of the Belgian lambics.

The only fundamental similarity between the two brews is their name, which confuses many native English speakers. Though some say they have similar tastes, we say they are distinct because other than the shared sour taste, Gose has this salty taste resulting from the native Goslar water used in brewing. 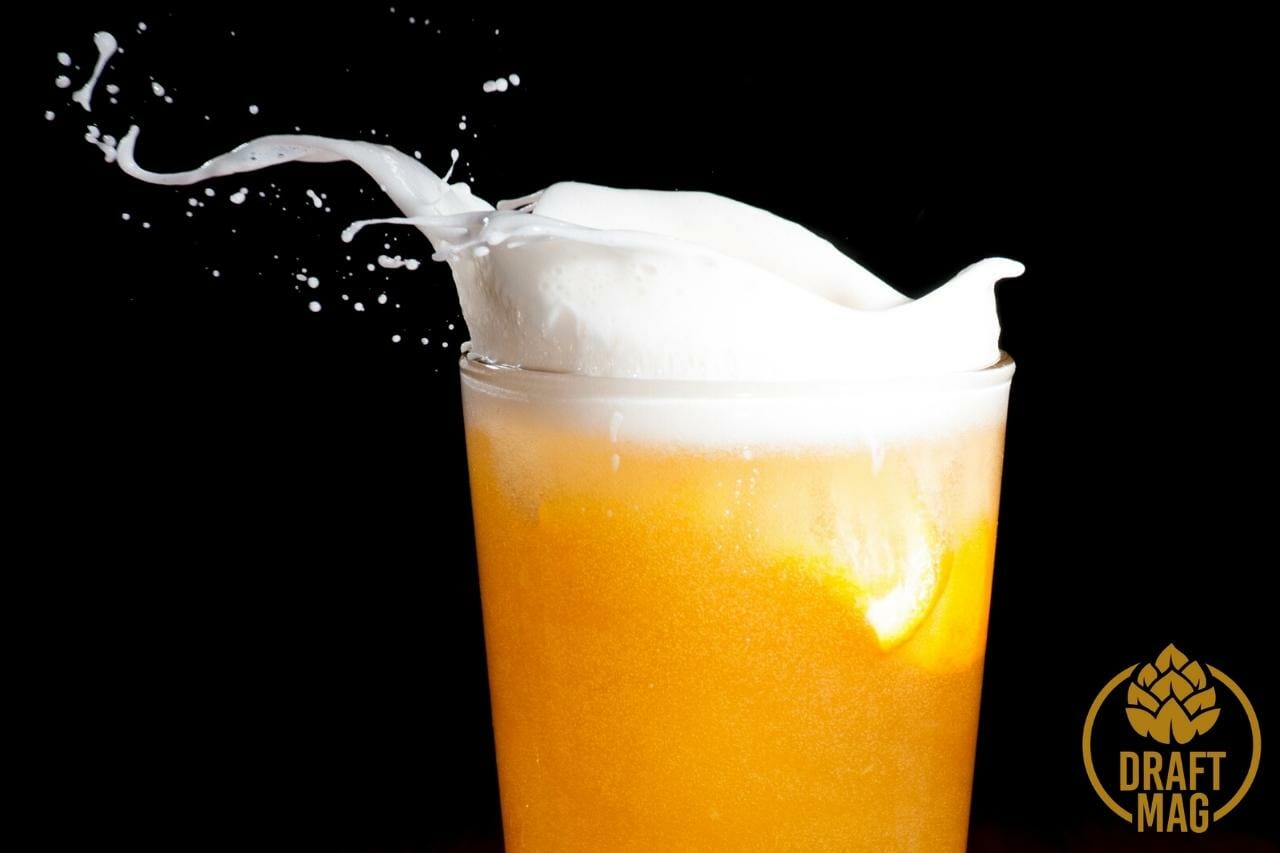 The pronunciation, too, is quite distinct. We have established that Gose is pronounced “Goo-Suh” or “Goes-Uh.” On the other hand, Gueuze has a straightforward pronunciation pronounced as “Gooze.” In fact, if you attempt to pronounce it, you’d notice the last “e” is silent and, of course, no stylish “uh” sound like the one found in Gose.

What Is a Gose Beer?

Gose is an unfiltered warm sour fermented beer native to Germany. Malted wheat is the chief ingredient used in brewing this beer, and it accounts for at least 50 percent of the grain bill. Customarily, German brewers brew this beer with open vats for spontaneous fermentation. However, the addition of yeast is another effective method of causing fermentation.

The Beer Judge Certification Programme, BJCP, has a profile that states the various features of a Gose — its taste, aroma, flavor, etc. We already mentioned some of these characters. Here, we’ll be taking a more detailed look into this beer and its unique features.

Gose is unfiltered; hence, it is slightly hazy. The beer appears as a dark pale to light amber color when poured. Carbonation is moderate, and so is the off-white lacey head that occurs when pouring the beer into a glass. The head persists for a little while.

The aroma of Gose is mild, with no real distinct hop feature. The only aroma it displays is a sharp smell of the spicy coriander — a key ingredient in brewing this classic.

Gose is dry with a medium-bodied finish due to the salty water used in brewing. Upon sipping, there is no bittering hop feature. Instead, you notice mostly sourness and saltiness with complex characters denoting banana, apple, zest, guava and coriander.

The various features totally dominate, displacing any significant hop feature to give a refreshing beer with a light crispy finish.

The overpowering flavor of Gose is tarty sourness. However, it isn’t too sharp nor is it acrid. The taste of the beer is like the subtle sourness of yogurt. After all, the souring techniques are pretty similar.

The beer displays notes of grapefruit and lemon. Hops are primarily unnoticed, though there’s a slight indication of bitterness often masked by the beer’s saltiness. Overall, the beer is well-balanced with a moderate malt flavor. However, the beer has this bread-like taste since it is rich in wheat.

Gose beers are typically low to moderate ABV beers. The alcohol content of a Gose is usually within the range of four to five percent. With that said, drinkers still ought to drink responsibly.

The unique beer, Gose, is a good combo with special meals such as seafood like crab, lobster, shellfish and oyster. A grilled fish or smoked salmon dish is also a nice combo with the beer. It also goes well with deep-fried foods, omelets, cheese, fatty beef cuts, blueberries, etc.

For efficient souring of the beer, a brewing company can now add the probiotic bacteria, Lactobacillus or its acid. The dominant flavors of this beer are lemon sourness, saltiness and herbal features. The salinity, which is due to the salty nature of the local water in Goslar for brewing, makes this beer a unique one. However, brewers now add salt into brewing water to recreate the original salty flavor.

Gose beer origin traces to Goslar, where it was first brewed. It is undoubtedly a unique German brew that goes against German Beer Purity Law. The brew uses a forbidden spice, coriander, and hops that ensure the resulting brew possesses a distinct flavor and aroma. For Gose to thrive, an exception to the law was made for this fantastic brew.

The following are the key ingredients required for brewing an excellent Gose:

Gose is a unique beer, and so is the glass used in serving it. Gose is usually served and drunk from a straight-up, tall and thin cylindrical glass called a “Stange.” Like a typical sour that the Gose is, you can also use a bowl-shaped glass to serve this classic. When pouring this beer into your glass, always keep the glass at an angle of 45 degrees before carefully filling your glass.

Gose may also be served like Berliner Weisse. Here, you add a shot of raspberry or woodruff-flavored syrup when serving. The addition of the sugary syrup, in this case, gives the beer a better and smoother aftertaste as it reduces the saltiness. Furthermore, in the past, a shot of schnapps was often added when serving a Gose to make it boozier.

Basically, Gose is a subsidiary of the sour beer style, which means that all Gose style beers are sours. However, not all sours are Gose. The sour taste of Gose and other sour beers is due to the presence of acid. During brewing, the brews are acidified to a pH range of 3.2 to 3.6.

Traditionally, German brewers cause souring by allowing fermentation to occur spontaneously during brewing. However, brews are now acidified to effect souring. The acidification of the brew is often done by cultivating a suitable probiotic bacteria with Lactobacillus being the most common. Inoculating the brew with this bacteria must be done carefully and aseptically to avoid contamination.

The bacteria then release its byproducts, the acid, into the brew. Another effective way of acidifying the brew is by direct addition of a suitable organic acid. The addition of acid is as practical as cultivating live bacteria. In fact, it is easier, quicker and safer, as there is less risk of contamination and no need to wait for bacteria to proliferate.

This section discusses a few other details to note about this popular beer style.

Gose would be better classified as ales. Ales often contain top-fermenting yeast and are fermented warm, just like the Gose.

– How Do You Drink Gose Beer?

In order to enjoy the flavor and savor this masterclass of a beer, it is best to drink it at a temperature of 50 degrees Fahrenheit on a hot summer afternoon. You probably think it’s best to serve beer at an ice-cold temperature to quench your thirst, but you will be wasting the beer if you drink a Gose like that.

However, you don’t want it too warm — it is best to have it at a temperature range between 45 to 55 degrees Fahrenheit. You enjoy all of its fantastic taste at that temperature as it touches your palate. 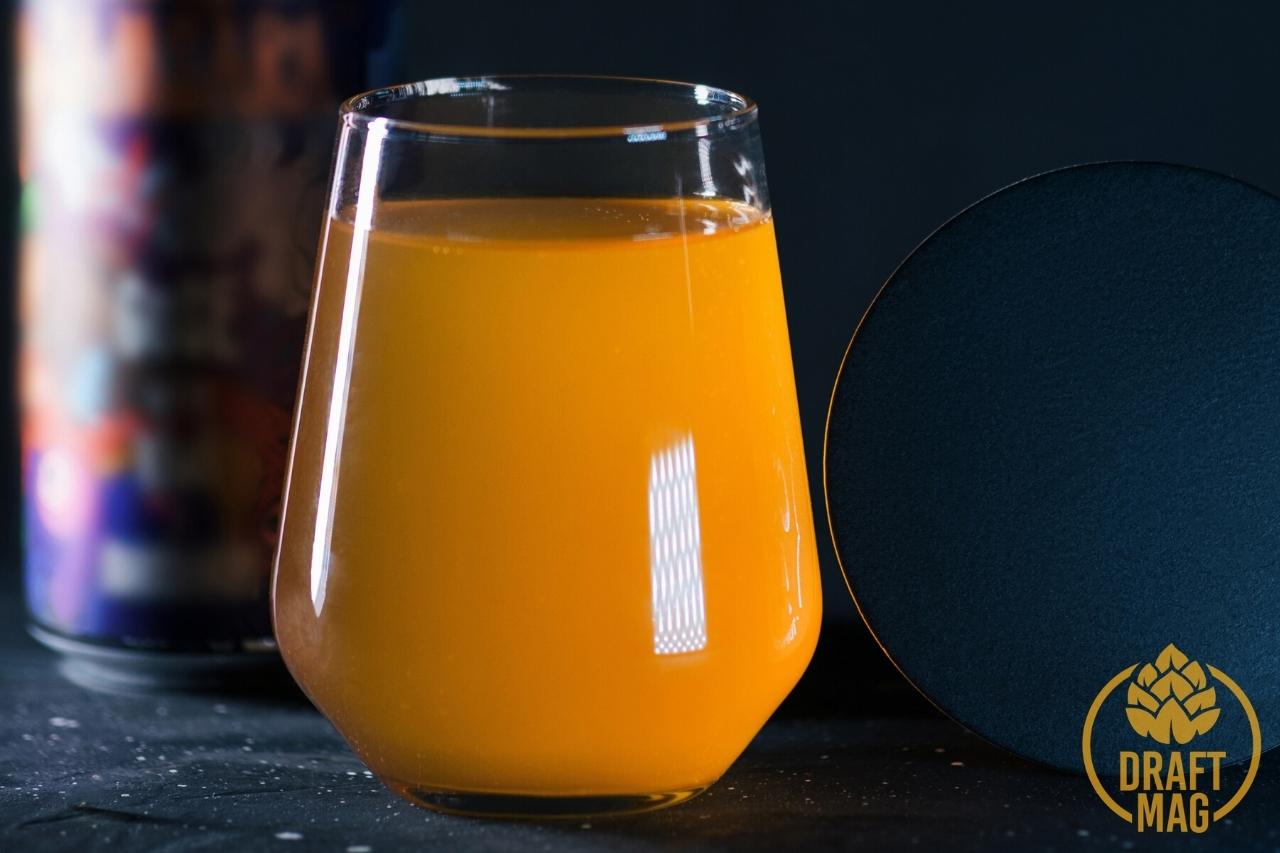 With the aid of this article, you ought to be well informed about this fast-rising sour (Gose) beer and know the correct pronunciation.

Let’s go over all the article entails.

After reading this article, you should go to your favorite pub or bar to order your favorite Gose beer, pronouncing it like a pro. This article also contains other important information about Gose to help you enjoy the beer better; cheers!