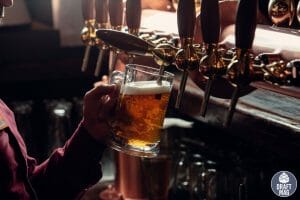 Hurricane Malt Liquor, also known as Hurricane High Gravity Malt Liquor, is a product of the reputable Anheuser-Busch brewing company. When it comes to taste and overall drinkability, this lager has been met with mixed reactions.

If you’re curious about trying it out, you came to the right place. In this review, our beer experts discuss everything you need to know about Hurricane beer and its characteristics.

if you’re thinking about having some of this beer, here’s everything you need to know before you do. We’ll try to touch on everything important.

When it comes to appearance, this smooth-brewed lager does leave a nice impression. It has a dark golden or what some others would describe as light copper color when poured. One surprising quality of this beer is that it is crystal clear and has the right amount of carbonation to increase its streams of bubbles.

It produces a fine yet small white foam head that looks creamy. Although the retention isn’t great, it dissipates fairly and leaves a nice lacing on the glass. With every gulp, you can still see a tiny foam covering from time to time.

In contrast to its impressive appearance, it lacks a spectacular aroma. Instead, it smells more of wet grains, with a focus on corn, malt, and a bit of a yeasty note. There are also hints of grassy notes, a skunk-like smell that might be associated with the hops, and the distinctive smell of alcohol. Although it is easy to describe these scents as “off-notes,” they all come together to give this beer a simple aroma.

When drunk, it is easy to tell that the brew is quite thin. While this makes it an easy drinking beer, it also doesn’t leave a strong impression on the palate. Fortunately, it has high carbonation and a clean, dry finish.

There is a slight alcoholic burn which is surprising, considering its high alcohol content and predominant note. You can also get hints of the malty sweetness, which comes alive just a few seconds after each gulp.

Bearing close similarity with its aroma, Hurricane’s flavors are best described as a weird mix. You can feel its malt, cereal grains, and yeast notes. There’s also the unmistakable alcohol note as well as some hop notes.

You can also get a metallic, tarty note presumably from the hops. It consists mainly of grainy, malt, yeast, and alcoholic flavors blended well in a not unpleasant yet quite bland way.

Hurricane goes well with toasted, roasted, or grilled meals. You can enjoy a cold can or glass of this full-bodied liquor with roasted chicken, roasted beef, smoked fish like salmon, toasted bread, baked beans, and even chocolate cakes. You can also enjoy it with salty nuts.

This lager is made from a simple blend of ingredients. The ingredients used to produce this brew include water, yeast, corn peel or syrup, extra barley malt, cereal grains, and hops.

Take note that this slightly fruity beer will get you drunk faster than regular beer. This is because malty liquors generally have about double the amount of alcohol content that’s available in regular beer.

Hurrican was introduced to the public in 1996 by the Anheuser-Busch brewing company. Before this, the brewing company had produced King Cobra, which was well-received by beer lovers. However, it seemed they weren’t satisfied as King Cobra was just the number four best-selling beer for the company.

They needed to gain more profits and increase their visibility in the high-gravity beer market, so they made Hurricane Malt Liquor. Although the beer was received with open arms, it faced its fair share of criticism, especially because of its name, “Hurricane.” Despite the criticism, it was able to sail through to become one of the more popular high-gravity malty liquors.

This slightly sweet beer is available at various bars, restaurants, and liquor stores around the country. If you’re looking for an inexpensive beer that still maintains high quality, you should try this beer. A can costs between $1.20 and $4.99, depending on the size.

You can purchase Hurricane Malt Liquor from any pub, liquor store, or restaurant, and you can also get it by ordering from retail beer websites. Here are some of the points discussed in this article: 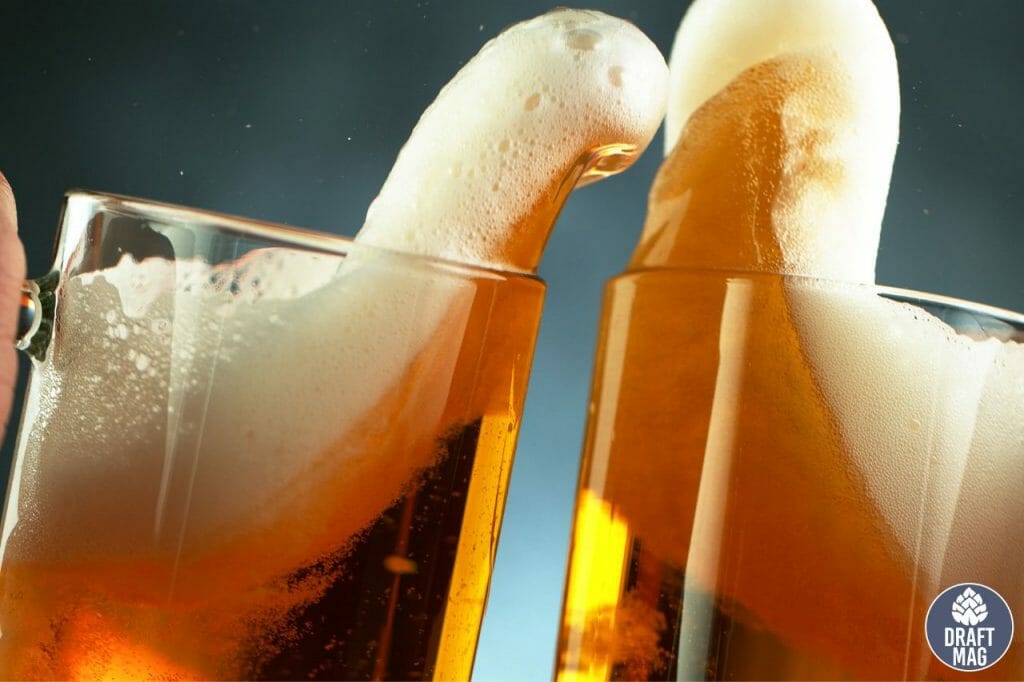 This beer has surely proven to provide value despite how inexpensive it is. If you’re looking to enjoy a simple drink that doesn’t cost much, try an ice-cold glass or can of Anheuser-Busch’s Hurricane.