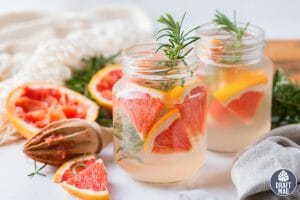 Mountain Dew Hard Seltzer is a new malt beverage; a product from the same Mountain Dew you enjoyed as a kid. However, it is now available in beer form, which is only suitable for adult consumption.

You are sure to enjoy this beverage, as it retains the same bold citrus flavor. This Mountain Dew Hard Seltzer review contains all you need to know about this new beer.

What Is Mountain Dew Hard Seltzer?

Is Hard Mountain Dew a Seltzer?

Yes, Hard Mountain Dew is a hard seltzer. You can liken this beer to Bud Zero because it is devoid of added sugar. However, unlike Bud Zero and Bud Light, it is an alcoholic beverage, containing 5 percent alcohol by volume.

Like all seltzers, it tastes like fruity sparkling water. However, the presence of alcohol gives it a slight boozy boost. This brew provides Mountain Dew lovers within the legal drinking age the chance to enjoy the mountain dew experience in an alcoholic beverage.

Let’s take a brief look at the basic qualities of this hard seltzer. Despite being a rather simple brew, it has some thrilling features you should look forward to.

The taste of Hard Mountain Dew is similar to that of the regular soda version, though it has a milder citrus flavor. However, as you’d expect, it is slightly bitter though it possesses a little aftertaste of sweetness. Even though it contains mild amounts of alcohol, the nose easily detects its presence.

Being a citrus-flavored hard seltzer, the Hard Mountain Dew pairs well with any food you’d normally enjoy with a drink containing a blend of lime or zest. You can enjoy this brew with fried fish, shrimp, salad, fresh cheese, burrata, queso, etc.

The alcohol content of this hard seltzer is 5 percent ABV. This suggests that you can enjoy more than one can per time without worrying about getting drunk, especially if you are an ardent drinker. However, remember to drink responsibly.

Can You Get a Hangover From Hard Mountain Dew Seltzer?

Yes, even though it tastes like diet coke, this brew is still an alcoholic beverage with an ABV of 5 percent. With that being said, if you are one that normally has an alcohol-induced hangover, you may also experience it after drinking this beer. However, you may prevent these hangovers with appropriate precautions, such as drinking adequate water and ensuring moderate alcohol consumption.

Hard Mtn Dew comes in four distinct flavor varieties, thanks to the new addition of the Hard Baja Blast. Below are the different varieties of this brew.

Before the release of the Hard Mountain Dew, everyone aware of the partnership of PepsiCo and Boston Beer Co. must have thought of the taste of this alcoholic beverage. This variant displays a bold lemon-lime flavor. This brew is essentially the typical Mountain Dew drink with alcohol that gives it a refreshing and bouncy feel.

The watermelon flavor is probably a surprise. However, it is good to savor on the beach as you sit and watch the waves and boats go by or just attempt to relax, enjoying the cool fresh breeze. It gives a sweet, delicate, refreshing taste. As you sip this brew, you’d get this watermelon brew, though not so sweet, and possess a fruity flavor that is quick to catch the nose.

This is one of the best flavorings for a typical seltzer. If you are familiar with seltzers and sparkling water, you sure know what you get from this flavor in Mountain Dew. This flavoring imparts a sweeter and nutty-like taste to the original citrus flavor of Mountain Dew.

If you are familiar with hard seltzers, you’d know that the Baja blast seltzer alcoholic drink is everyone’s favorite. You can never go wrong with this flavor; this is what Boston Beer Co. hoped to achieve when they introduced this variant. When we discovered there was going to be this flavor of the Hard Mtn Dew, we always knew it’d be a fascinating one to enjoy.

All Hard Mountain Dew variants are devoid of sugar or carbs. The nutritional stats of a typical 12-ounce can of the Hard Mtn Dew beer is displayed in the table below.

Perhaps you are thinking the Mountain Dew Hard Seltzer calories is something to worry about, but that’s exactly the opposite. In fact, that calorie level is low; all beers with less than 140 calories are classified as low-calorie beer.

If you are on a weight management plan, you should have no problem burning these calories in no time. Strolling down the block for less than 30 minutes or a 10-minute run is good enough to burn off the 100 calories you obtain from this beer. Thanks to its low ABV, you can enjoy more than one can of beer without worrying about getting drunk. However, you must know your limit.

Hard Mountain Dew contains gluten. The beer follows simple brewing procedures, which do not remove the gluten in the grains. Hence, the presence of this protein.

Unlike the regular Dew packed with caffeine, Hard Mountain Dew is devoid of all caffeine. Therefore, you can enjoy this beverage with a night snack without worrying about any sleep difficulty.

Besides the glutens present in all variants of the Mountain Dew Hard Seltzer, it contains no other form of any allergenic ingredients. It lacks any dairy, eggs, fish, nuts, soy, or seafood ingredients.

This is good news to those who are wanting to try this seltzer but are wary of any allergens it may have. The beer is carefully brewed to suit the general populace, so you should definitely try this beverage.

As mentioned earlier, this soon-to-be summertime favorite is a product of a partnership between PepsiCo Beverages and Boston Beer Company and it ranks among the top-class producers of hard seltzers in the US. Boston Brewery is the brain behind the classic Sam Adams brews, so you can be rest assured that this brew is a top-tier seltzer.

Moreover, you should not expect anything less than top tier from PepsiCo. In more than 80 years since Mountain Dew hit the market, all its products have showcased a variety of bold and unparalleled beverages to millions of its lovers.

The deal between the two companies ensures that Boston Beer Co. produces and markets the beer. On the other hand, PepsiCo is in charge of selling, distribution, and merchandising via Blue Cloud Distribution, a new distribution affiliate under PepsiCo.

The brewing company Boston Beer Company has been around since 1980. PepsiCo has been around for even longer – about 80 years now. These two companies announced their partnership, which birthed this hard seltzer in August 2021. Not long after that, in February 2022, the Hard Mountain Dew was released to the general public for consumption.

Where Can You Buy Hard Mountain Dew?

Though it is a relatively new product, Hard Mtn Dew is already available for sale in your favorite liquor stores and retail beer outlets across the country. The hard seltzer comes in two variants: the 12 ounce regular beverage cans and the 24 ounce tallboy cans. Guess what? It’s soon becoming a fan favorite, as reports from various stores indicate 100 percent sales in an unusually short period of time.

Notably, Mountain Dew and PepsiCo do not offer malt beverages for sale in any online outlet. The three-tier system prevents them from selling this bold citrus-flavored beverage to drinkers in the online market. However, local stores or retail outlets in your vicinity may offer online ordering and delivery services that includes the purchasing of this beer.

You can definitely request packaging options to acquire all cans of each of the four flavors. The 12-ounce can is available in a 12-pack crate. You can get a blend of all flavors, such that it includes three cans of each flavor of the malt beverage.

The main difference between regular Mountain Dew and Hard Mountain Dew is that the regular variant is a soft drink that is devoid of any form of alcohol, while Hard Dew contains alcohol, so anybody below the age of 21 should stick to the regular Dew.

Since regular dew is a soft drink, it is available for purchase in most grocery stores across the States and restaurants that sell PepsiCo products. You may have to visit a beer retail outlet or a liquor store to purchase the hard Dew. Also, you might need an ID to show you are above 21 before they sell to you.

Furthermore, their nutritional facts are a major difference. Hard Dew is a low-calorie and low-carb beer containing just 100 calories, zero sugar, and 2.2 grams of carbs per 12-ounce can. The regular Mountain Dew contains 170 calories, 46 grams of carbs, and sugars per 12 ounces. Therefore, regular intake of regular Dew is more likely to cause weight gain than taking Hard Dew.

What Is a Seltzer?

A seltzer is basically carbonated water, also called sparkling or soda water. It refers to water containing bubbles of carbon dioxide, which gives an effervescence when you open the bottle containing such a drink.

This class of drinks often contains a series of salts and minerals such as sodium or potassium bicarbonate which is responsible for the gas bubbles in them. Drinking cool sparkling water is an excellent way to quench thirst, fatigue, and dehydration.

A hard drink contains alcohol; this is the same for a hard seltzer. They are usually moderate to low alcoholic beverages, containing about 5 percent alcohol by volume. A typical hard seltzer is basically an alcoholic variant of diet soda. It tastes just like sparkling water with a subtle alcoholic influence and a fruity flavor to go with it.

As you’d expect, the taste differs from one brand to another. However, it is a standard for hard seltzers to possess gas, which makes it fizzy and bouncy, indicating the presence of alcohol and a fruit-forward flavor. A typical hard seltzer is the Hard Mountain Dew seltzer, which embodies all the basic features of one.

The Hard Mountain Dew Seltzer is a new alcoholic beverage already gaining popularity because of its novelty and relationship to the famous Mountain Dew. With that being said, let’s go over a few points we discussed in this article. 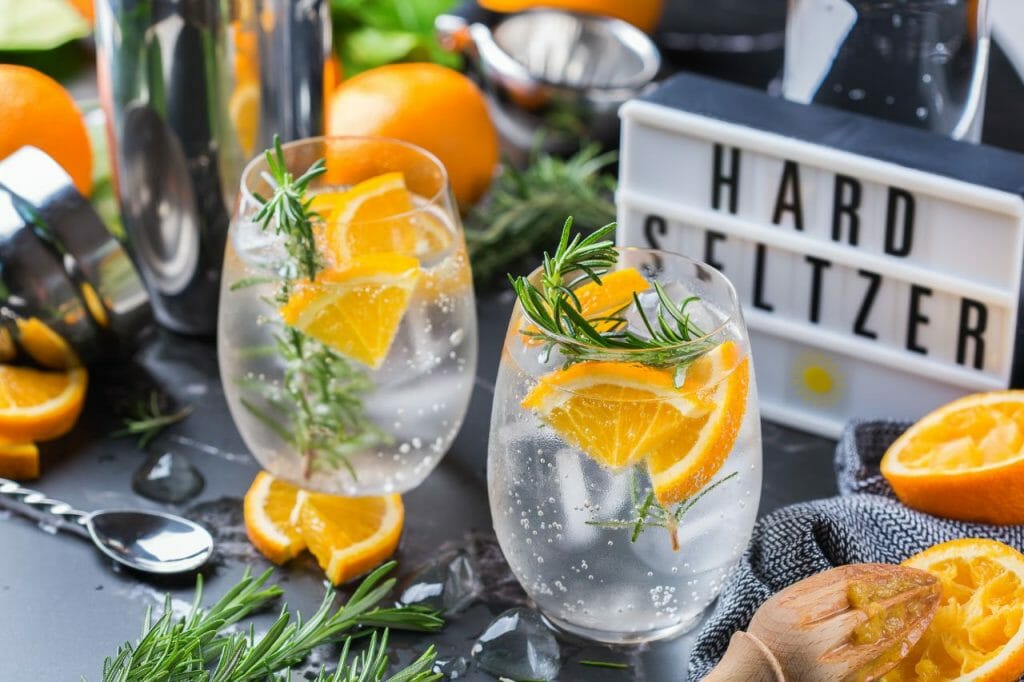