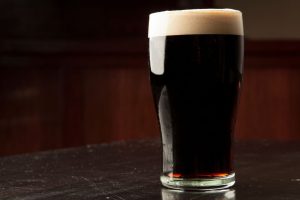 Murphy’s Stout vs Guinness is the best comparison for avid beer drinkers who prefer stouts. If you are just starting out your beer journey and you have found that you like stouts a bit more, then this article is for you! We have consulted our beer experts to let us know about all the similarities and differences between the most iconic stouts in the market. So, without further ado, let’s go ahead and give you a full overview and comparison between Murphy’s Irish stout and Guinness.

Murphy’s Stout vs Guinness: Key Features of The Two Beers

The way to start is to know the facts about these two popular beers in town. To help you find out if these two fit your palate, here are the key factors about both beers that you need to know about. Through this table, you will be able to figure out which you are going to try out next:

What’s the Difference Between the Two Beers?

Let us start by analyzing the difference between Murphy’s Stout and Guinness in terms of the following:

Well, the look is just the same. There is not much to talk about the appearance of these two beers. Both have a creamy, darker color and an Irish Stout sexy look in them. However, Murphy’s seems a bit darker upon closer look.

When it comes to the smell, Guinness has more barley as well as a faint roast and smoke aroma. On the other hand, Murphy’s has a more roasted smell with a hint of smoke and some faint chocolate aroma.

Murphy’s Irish Stout has a smoke barley flavor and some faint chocolate and roast notes regarding the flavor profile. It is a dry stout, and nothing will change.

On the other hand, the Guinness is more watery than Murphy’s but has a fruity flavor. The beer has a stronger yeast character, along with smoky, roasted, and barley notes.

If you have a liking for the fruity and sweet side of beers, then you will love Guinness’s flavor. In the end, the best beer for your palate depends on your personal preference.

Now, let us give you a tasteful Murphy’s Stout review. Every fan wishes to know how their favorite brand of beer began. Heineken acquired the brewery in 1983 and after that, the brand was exposed to the international scene and a huge crowd of drinking communities worldwide.

Furthermore, in 1988, Whitbread led the distribution of beer in the United Kingdom. The beer was brewed In Magor Brewery, Wales. However, in 2000, the brewing rights were transferred to Interbrew after acquiring the Whitbread Brewing Company.

If you like a less bitter and heavy beer, you will go for this one compared to its direct competitor, Guinness. It has a caramel and malt flavor, like a distant chocolate milk taste. Its resemblance to chocolate milk goes beyond the flavor to its texture.

Murphy’s does not have a hint of carbonation but has more of a strong black cappuccino taste with some foam on top. According to beer enthusiasts, the water of the River Lee in Cork gives the flavor both depth and quality.

Since the beginning, Murphy’s Stout alcohol content has remained at 4 percent. Moreover, the brand remains true to its promise to provide high-quality beers to its loyal customers.

– Other Interesting Facts about Murphy’s

Its appearance looks dark since its first introduction in London, England, in the 1600s. Stouts are top-fermented beers meaning yeast rises at the top. Aside from that, it has super low carbonization because of nitrogen supplementation that gives a finer and creamier mouthfeel than other beer types. Furthermore, the serving temperature of a stout beer is at least 45 to 55 degrees Fahrenheit to maintain its overall quality.

In addition to everything we’ve mentioned so far, Murphy’s stout got sponsorship in 1994 for Murphy’s Irish Open Golf Championship and achieved its first Gold Brewing Industry International Award in 2005. Finally, it’s notable to mention that the beer has been in the market for 165 years! 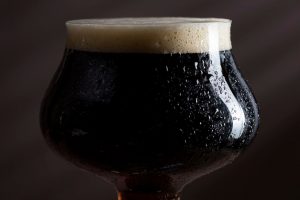 Today the brewing company is in London but was initially produced in Dublin, Ireland. It began in 1759 at Arthur Guinness Brewery. The company decided to take the darker ale side after “stout porters” became very popular in London.

Moreover, in the 1800s, Guinness Stout finally got into the export market: first named West India Porter before, but known as Foreign Extra Stout today. Later in 1861, Guinness mixed drinks started after the death of Prince Albert. Notably, the first one was a mix of Extra Stout and Champagne to produce a black velvety drink.

The brand has become very successful and well known in the beer-making industry because of its export and catchy marketing campaign during the 20th century. If you want to actually see its rich history played out, you could pay a visit to the Guinness Storehouse Brewery in Dublin. There, you will be able to find the oldest advertisement campaign of the company and other historical objects.

Guinness was also known as “meal in the cup” because of its filling aspect that occurred due to its thick nature. Although it is very filling, the Guinness Drought only has 125 calories in a pint. It was in the 1920s when the company used the slogan “Guinness is good for you.” It became an in-demand alcoholic drink right after some beer drinkers claimed to have an enhanced feeling of well-being right after drinking the beer.

If you want the Guinness traditional taste, you should go for the original beer as it is made out of water, barley, hops, and a special ale yeast strain. This yeast has been used for more than 125 years, and today it is called “Guinness Yeast.” Moreover, its dark color and caramel flavor are due to the barley, which is roasted but not malted.

Its dark ale flavor from the creamy and dense head is caused because of the nitrogen that creates smaller bubbles.

Finally, it’s worth mentioning that the beer’s success is because of the overall quality and exciting flavor experience that it gives to drinkers. Today, the beer is available in diverse varieties that you can pair with your meals. Aside from that, it is also becoming a choice ingredient in some food and drink recipes.

– Other Interesting Facts on Guinness Beer

Guinness is taking the international scene by having 50 breweries around the world and being enjoyed in 100 countries. However, the availability of varieties may differ from country to country. Additionally, the company also created a number of limited edition Irish Stout beers that can be found in select places in the world.

Moreover, vegans can now enjoy Guinness as the brewing company eliminated fish-based gelatine known as isinglass. This huge change in their filtration process made the beer more in demand in the market. Now, there is no reason not to enjoy a beer night out with your vegan friends included too!

One of the most iconic architecture in the British Isles is the Guinness Storehouse which is a skyscraper. It was created in 1904 as the first skyscraper in the British Isles – a seven-story building that caters to tourists. Inside is a giant pint that may contain 14.3 million pints of Guinness if it was filled with beer. So, if you happen to set foot into the city, you must not leave without experiencing this historical landmark.

The flagship of the brand is its Guinness Original, the “Extra Stout.” It’s popular because of the crisp, dark, and red hue with a perfect bitterness, sweet endnote, and dry finish. The Extra Stout version was the most widely sold variety and contains 4.1 percent ABV depending on the country in which it is being sold.

The truth is that both beers are good at the food pairing department. They are the best alongside traditional Irish dishes such as bangers, mash, and stews. You may also enjoy eating soda bread and savory pies together with both beers.

The Guinness Stout is excellent to pair with smoked meats and dishes with apple. If you are thinking of having some kind of fruit tart or a dessert with a hint of chocolate, then you can go with Murphy’s.

The Guinness is best infused into some culinary creations because of its sweet and caramelized flavor. One of those dishes is the Iris Stew. Actually, the beer gives a fuller and complex gravy taste to the stew.

Lastly, you may also choose to create float pouring Guinness on a vanilla ice cream. You’ll be surprised with how pleasant the flavor actually is! 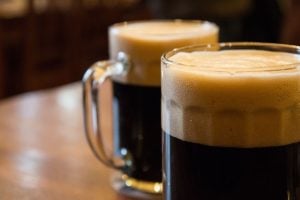 As we end our Murphy’s Stout vs Guinness review, it is fair to say that to enjoy the real taste of a beer, no matter what brand it is, it is good not to serve it iced cold. Furthermore, both beers have 4.0 percent ABV and are light-bodied. Therefore, you will get what you expect from these two popular beers.

They are not complex beers, and both have a creamy and smooth texture that you would want in your beer as it passes through your mouth. The difference is Guinness offers a lightly roasted barley taste and is fruity and more yeasty than Murphy’s. The latter gives malt thicker chocolate and coffee end note that lack with Guinness. Finally, now you have enough information to choose which one you would like best for yourself.