Red Wolf Beer was a sensation from the moment it was released. Anheuser-Busch decided to produce this grainy red lager partly because red beers were a trend back in the 90s. Now retired, this beer was known for its smoothness and being very easy to drink. 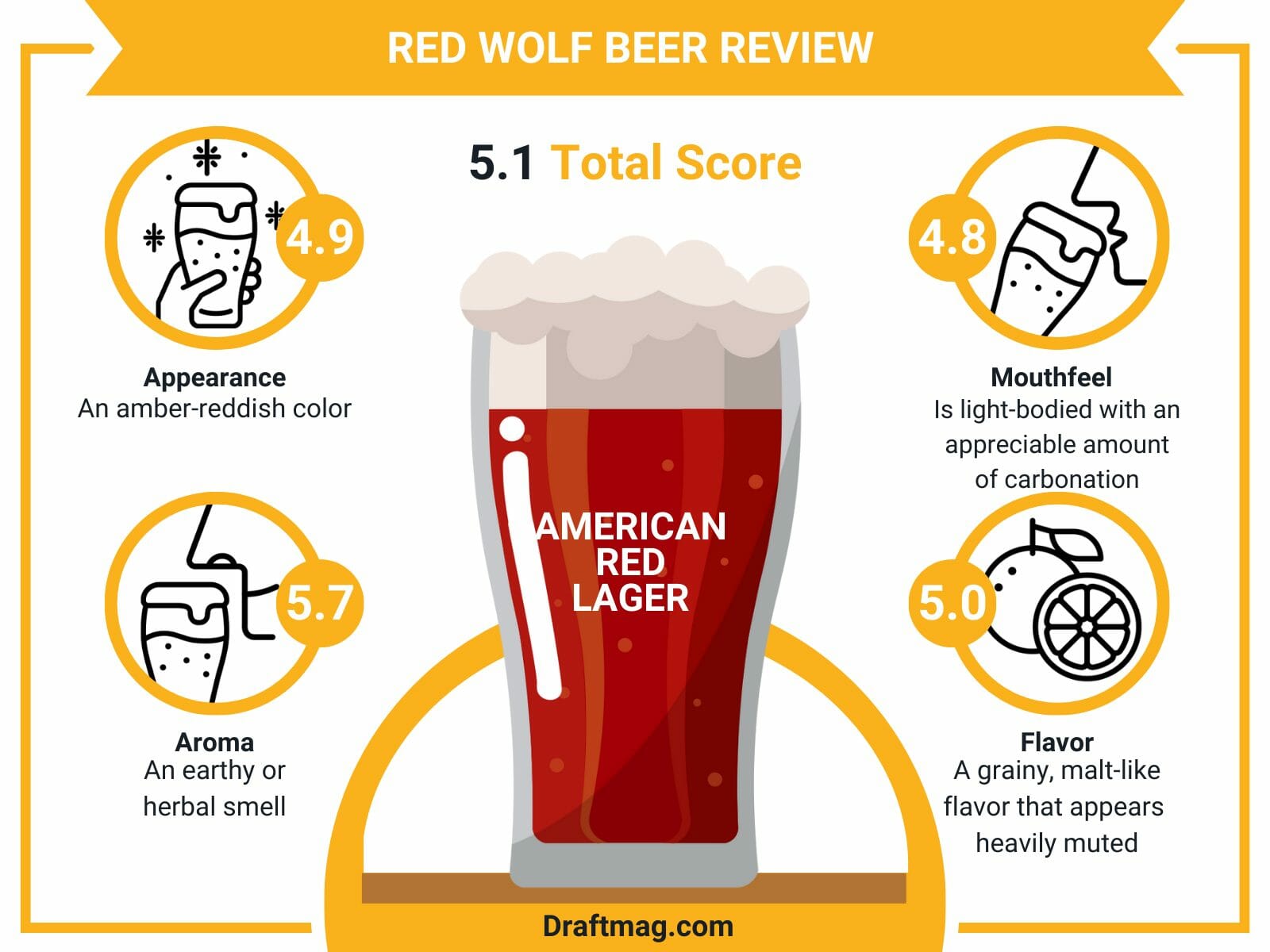 Our review provides all the information you need to know if you’re curious about how the lager fared in the American beer scene.

Red beers were one of the biggest deals among the many beers released during the same period. This beer under review was released to compete with another beer from a rival brewing company. If you are curious to know if it performed below or above average, our honest review is a sure way to find out.

Like many red beers, this beer pours an amber-reddish color that is beautiful to look at. As typical with lagers, this color is effervescent and what we like to describe as amazingly clear. A head of white foam appears as soon as the beer is poured, and the head retention is quite commendable. The head dissolves, leaving a very obvious lacing that forms every time you take a gulp. 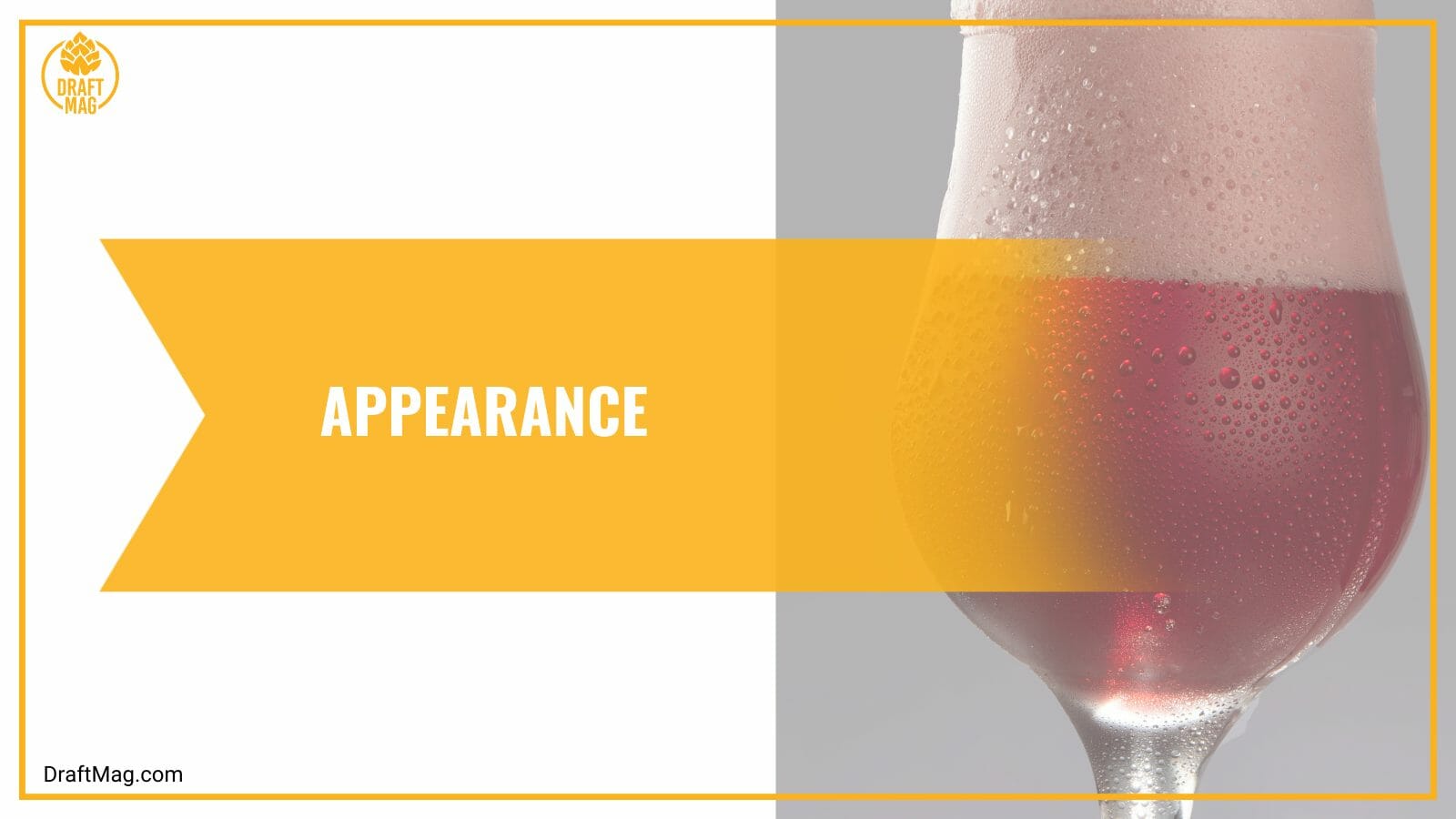 There’s clearly moderate carbonation as it is hard to miss the tiny bubbles floating through the beer glass. Without a doubt, this lager has a unique color. Most beer drinkers would agree that red lagers are perhaps one of the most aesthetic beers ever.

The aroma of this beer is predominantly malty alongside a grainy note that suggests that corn is part of its composition. You can also perceive a hoppiness, although the note is relatively light.

An earthy or herbal smell reminds one of straw, grass, and what seems to be pine. There’s also a sour scent similar to what you’d perceive from rotten fruit.

The alcoholic scent is also present, although it isn’t overly assertive. There’s nothing remotely profound about the aroma, as the beer smells pretty bland despite its inviting appearance. However, we like that the aroma isn’t off-putting. It also lacks the usual metallic scent associated with most pale lagers.

The beer is light-bodied with an appreciable amount of carbonation. It is very crisp, although a bit too thin on the palate. There’s a residual sweetness that accompanies this lager, and a very mild hoppiness immediately follows this sweetness.

You can also detect the malty essence of this beer, which lends it a bit of a slick mouthfeel, although there’s a hint of a grainy texture. The alcohol is very present, and although there’s no burn, it is a massive part of the beer’s mouthfeel.

Overall, the taste is what you’d describe as watery, although it isn’t a bad beer to drink. It is smooth and leaves a clean, dry finish.

This beer almost lacks any discernible flavor profile. However, you can detect what may be a hop flavor upon closer inspection. There’s also a grainy, malt-like flavor that appears heavily muted. You can also detect a sulfur-like flavor from the alcohol in the lager.

Aside from these, there are no exciting flavors present in this beer. It is easy for fans of mildly flavored brews to like this beer because the flavors are very simple. However, this beer doesn’t cut it for us because the flavor is too muted and perhaps too bland to be considered a premium beer flavor.

If you’ve been drinking beers for a long time, you’d know that lagers are an excellent pairing for almost any dish. Regardless of how heavily or mildly flavored the meal is, a lager will significantly improve your gastronomic experience. You can pair this lager with spicy Asian, Italian, Mexican, and other intercontinental cuisines. You can also pair it with popcorn, burgers, steak, burger, and pizza. 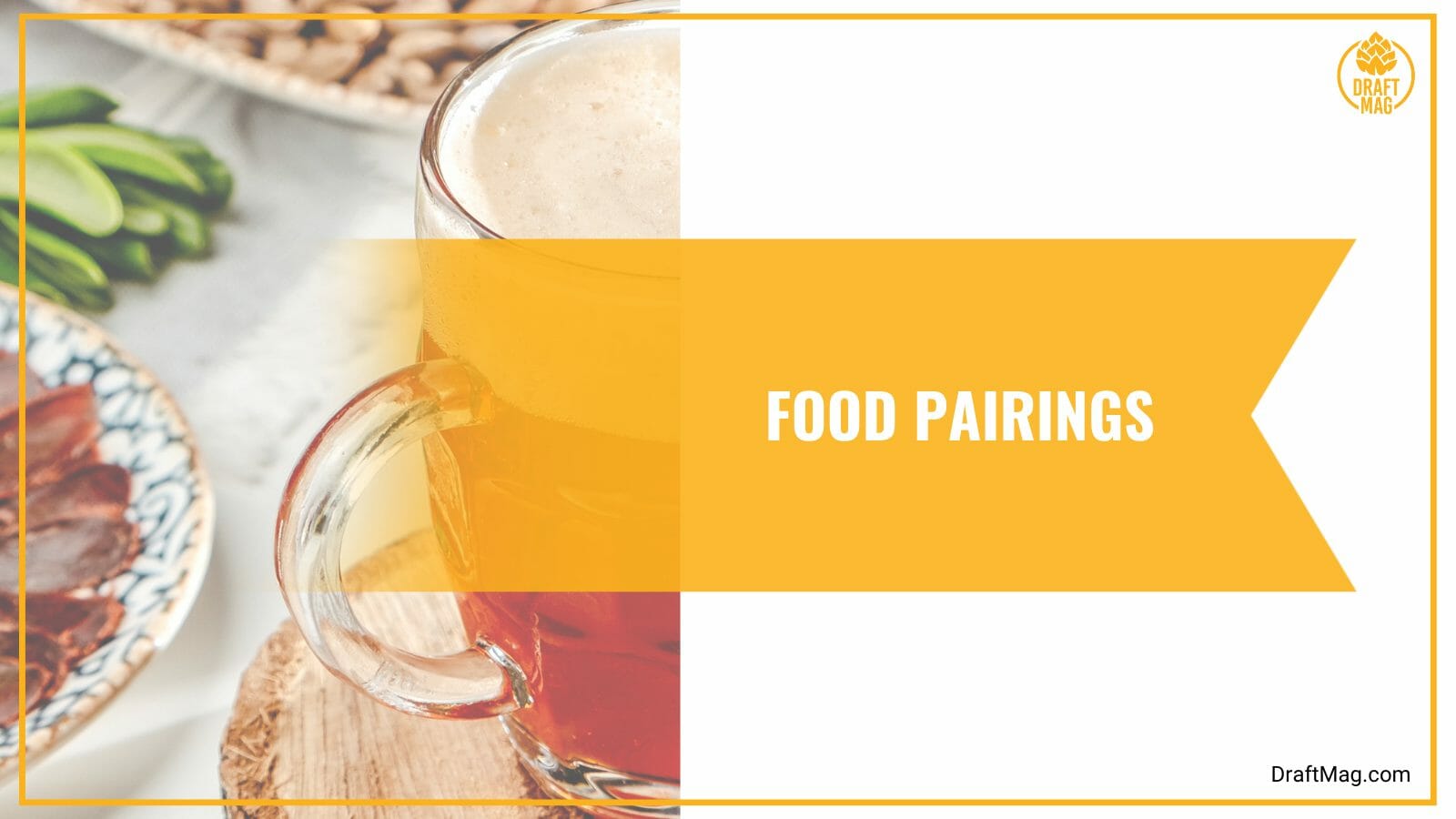 Cheesecakes, sushi, fried fish, French fries, and even spicy broths are some other nice meals to pair with this food. If you love seafood, shellfish, lobsters, and oysters are exotic meals to enjoy while sipping this lager. Salty nuts and sweet desserts are simpler options, especially if you enjoy drinking for fun.

Anheuser-Busch Brewery is known for its complicated mix of various ingredients for the production of its beers. This lager is no different as it is made from a variety of hops, grits, rice, and a variety of malt.

In fact, the malt character in this beer is from two-row malts, six-row malts, and water. These seem to be the only ingredients used in brewing this beer, as there is no indication of other complex mixes or additives.

This lager has 162 calories, 12 grams of carbs, less than one gram of protein, and zero grams of fat. It also contains an IBU of 15 and an alcohol by volume of 5.4 percent. It is produced from only plant-based products; hence, it is perfect for vegetarians.

The company does not provide any information on whether it has gluten. But due to its high amount of carbs, this lager isn’t a great choice for those on a weight loss or Keto journey.

Before the introduction of craft beer, red beers were all the rave in the early 1990s. This lager under review was one of the most spontaneously-produced beers from Anheuser-Busch. It was first produced in 1994 after the brewery got wind of news that Miller Brewing would be releasing a red beer known as Red Dog. 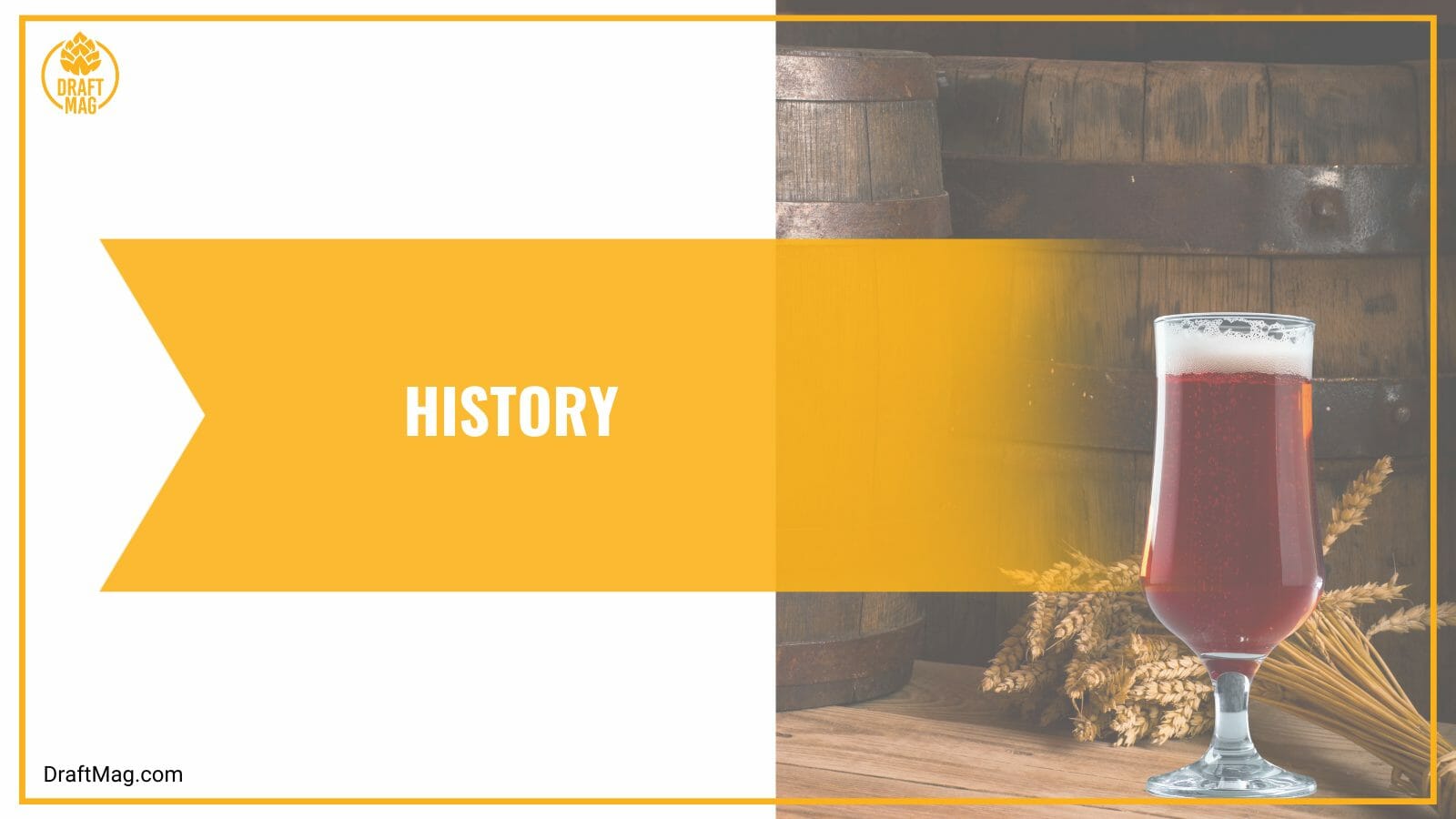 Since Miller was the company’s top competitor and red beers seemed to be gaining popularity among beer drinkers, Anheuser-Busch decided to counter this business move.

In less than a year after the news of Miller Brewing’s supposed new beer release, Anheuser-Busch produced Red Wolf. This lager was a success among beer drinkers in the 90s. In a funny turn of events, it turned out that the beer Miller was planning to release wasn’t a red beer but a very pale lager. Although Anheuser-Busch red lager enjoyed massive sales, the beer brand was discontinued in 2000.

Red Wolf beer was a refreshing lager that enjoyed success at its peak before gracefully retiring. Here’s a recap of all we discussed in this review:

This beer, although retired, had quite the reputation and was worthy of being called a lager, even though the taste was nothing special. It was just one of those brews to have when you had run out of premium beers to drink or you needed a quick, light beer to cleanse your palate.