The best Richmond breweries are known to contribute to the restaurant scene in this famous city in Virginia. Richmond is known for its restaurants, breweries, distilleries, and cideries, and the craft beer scene now attracts national attention.

While enjoying the best breweries in Richmond, you should stop by the city’s famous Beer Trail, which will add to your experience. Let’s take a closer look at the best places for beer in Richmond.

At the top of our list is the Starr Hill Beer Hall and Rooftop, known as the second-oldest brewery in the state of Virginia. Despite being around for a long time, the brewery produces some of the best beers in Virginia from its Richmond brand. You can try out their delicious brews, including: 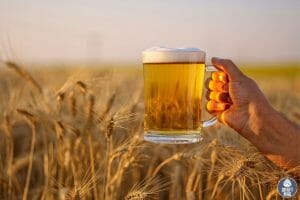 Starr Hill is a Charlottesville-born brewery with a rooftop that offers a magnificent view of the other popular breweries in Scott’s Addition. Their specialty is IPAs, although their stouts and sour beers are also excellent.

Ardent combines a taproom, beer garden, and a production brewery, giving you a full beer experience while in Richmond. The Scott’s Addition company is known for their drinkable and diverse beers, whether you want something tropical or any of their small-batch options. We recommend these beers for your first visit. 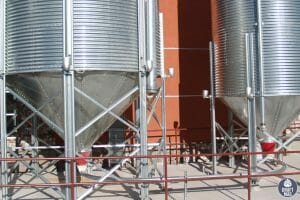 Ardent Brewery features a comfortable beer garden and a patio, with red umbrellas and a cozy design for beer lovers. It is right beside ZZQ, a Texas barbecue restaurant, so delicious food that pairs well with beer is in your reach.

One of the leading breweries in Richmond is The Veil, located in multiple locations across the city. It opened in 2016 but has quickly become one of the top places for beer in Virginia, as it won the Best New Brewer in the state and the world in its first year. Here are some top beers on draft at Scott’s Addition location: 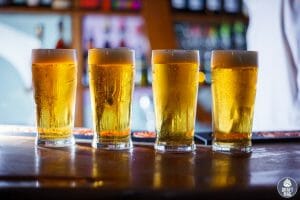 The original location features a simple design and a great lineup of food trucks during the weekend. You can also check out the industrial-designed taproom in Forest Hill and the cozy and eclectic location in Funkhaust Café.

We also added one of the most celebrated breweries in Richmond to our list. Hardywood became popular in the beer scene when it released the Gingerbread Stout, a perfect winter beer for any beer lover. Some of their other famous beers include: 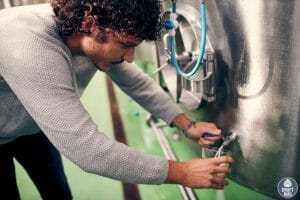 The 20-barrel brew house is known for offering variety, with its specialties being their balanced lagers and hoppy IPAs. It also has an in-house pizza kitchen, adding a pub-like vibe to the taproom. Hardywood is often credited for kicking off the beer scene in Richmond as the second brewery to open in the city after Legend Brewing.

Stone Brewery has been operating for over 25 years, and the Richmond location is the only one on the East Coast. The California-based brewery quickly became popular in Virginia, with its year-round and special releases stretched across its 20 taps. They offer some fantastic beers, including: 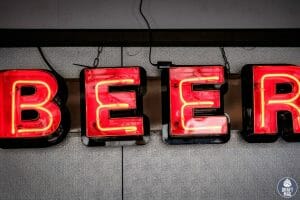 You shouldn’t leave without trying out Give Me Stout or Give Me Death, which they made in collaboration with Hardywood and Ardent Brewing. Non-beer lovers can check out the hard seltzers from Stone in diverse flavors.

Triple Crossing is located in Hatcher Street in Richmond, a hidden gem that only true beer lovers in the city have discovered. The brewery has a diverse tap list, ranging from crisp lagers to hazy IPAs. If you visit their intimate downtown taproom in Richmond, you can get famous beers like the Precursor Pils. Other top choices include: 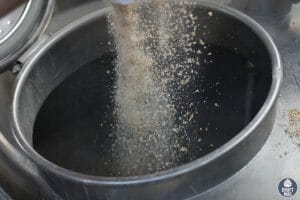 Triple Crossing combines its beer menu with a satisfying food menu. You can check out their Neopolitan-style pizzas made in-house from wood-fired ovens. The brewery includes a pet-friendly patio, so your furry friends can come along.

According to this famous Richmond brewery, “beer is the answer.” The Answer is one of the best brewpubs in the city founded by An Bui, a semifinalist for Outstanding Wine, Spirits, or Beer Producer at the James Beard Foundation. When you visit, don’t miss out on beers like: 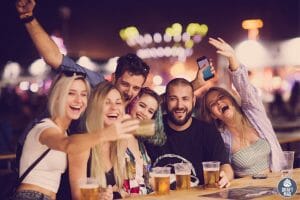 The Answer features 56 taps, with a wide range of styles from stouts and IPAs to fruity flavors and sours. It’s the best place for food and beer in Richmond, thanks to its sister company, a Vietnamese restaurant. With its inventive beers, you can order spring rolls, pork dumplings, shrimp, and more.

If you’re looking for unique Belgian beers while in Richmond, Väsen Brewing is the ideal choice. Their top brewers combine Belgian-style beers with American styles, which means you can expect IPAs, DIPAs, and Belgian sours and tripels. Try out these top beers on your next visit. 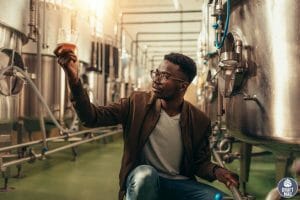 The brewery’s co-founders, also cousins, are focused on making their beer with sustainability in mind. They also donate to environmental causes. If you visit during the week, you can participate in any of their climbing, mountain biking, and running clubs.

Beer connoisseurs should stop by Final Gravity when in Richmond. The brewery is located in the serene Lakeside neighborhood and offers a diverse selection of beers, including lagers and IPAs. If you’re unsure where to start, these beers are a good place. 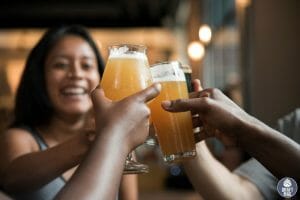 Homebrewers will also be thrilled to visit Final Gravity, located right beside Original Gravity. This is a store for home brewers, with everything you need to make delicious beers at home.

The brewery also offers a curated food selection, although the menu depends on your location. You can expect indoor seating taprooms, outdoor gardens, and a family-friendly and dog-friendly space. Strangeways also offers live music and food trucks.

Arcade lovers in Richmond should check out Bingo Beer. The brewery is known for its classic German lagers, from Vienna lagers to pilsners. One of their popular beers is the Black Lager, a delicious and chocolatey beer with a full body. Other top brews include: 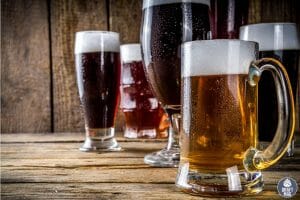 Bingo Beer offers family-friendliness, with pinball, air hockey, skeeball, and other fun games. They also feature a full kitchen with food that pairs well with your beer and an original cocktail menu that brings their beers to life.

Next on our list of Richmond breweries is Tabol, located on the North Side. The popular spot is a small-batch brewery mostly known for its malty beers and sours. They are also known for using foeders and wood barrels to ferment wild ales, so you should check out their barrel-aged options. Some top beers include: 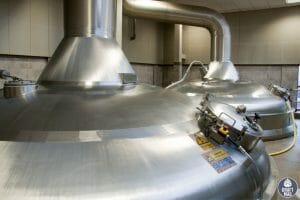 Tabol also features a wide range of food trucks on the weekend that enhance your experience. Despite being a new brewery which opened in 2019, Tabol has become very popular for its authentic wild ales and playfully-designed taproom.

Canon & Draw is another top brewery in Richmond and is the best choice for those who want to drink beer in a group. The brewery specializes in malty porters and fruity goses and pours beers from Steambell, its sister brewery. Check out these beers when you visit: 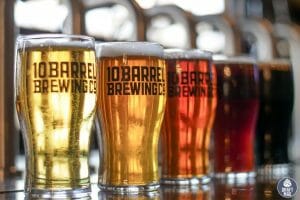 The brewery is known for having a sophisticated tasting room and cozy taproom. Check out their trivia and pool games and make conversations in the lounge and booths. Since the brewery is close to Virginia Commonwealth University, you can expect a fun student party vibe.

Richbrau is another famous brewery in Richmond known for naming its beers after different parts of history in the city. The Key Lime Trolley gose was named after the 19th-century Railway trolley system in the city. Also, Ghost in the Gallery DIPA is based on the Byrd Theater’s ghost. Check out other fun, history-focused beers here: 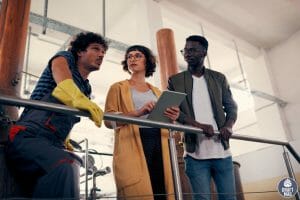 The brewery has an urban and sophisticated taproom vibe with streetside seating spaces. They are primarily known for their imperial stouts made with brownies, carrot cake, or cookies.

Castleburg is a medieval-themed brewery in Richmond, located in a small industrial strip mall that makes it look like an old-school location. Rather than the popular beer styles, the brewers focus on classic beers like IPAs, stouts, brown ales, porters, and saisons. Check out these beers when you visit: 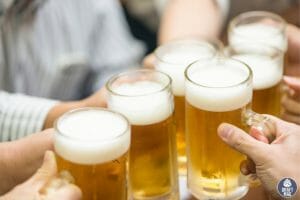 A brewery is also an ideal place for gluten-reduced beer, and you should try out the Gluten-Reduced Mango DIPA. Aside from the beer and snacks menu, you can enjoy musicians, trivia, movies, and live shows.

Another must-visit location in Richmond is Three Notch’d, offering a cozy space for enjoying a beer with diverse entertainment. Their beers are primarily made in collaboration with famous musicians and restaurants in Richmond, and you can try out beers like the following: 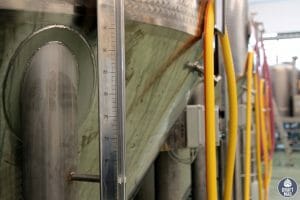 The brewery has become an integral part of the local beer scene in Richmond, with its concerted approach that attracts all kinds of customers. They even make beers with craft magazines, podcasts, and businesses.

One of the fastest-growing original breweries in Richmond is Garden Grove, and they even feature a winery for non-beer lovers. The brewery is known for offering unique beers rather than following trends, so you won’t see the basic IPAs, sours, and stouts that fill up Richmond brewing companies. Check out beers like: 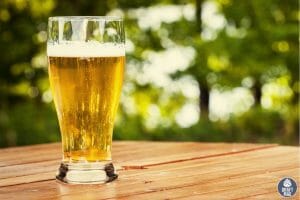 The pub-like taproom has top beers inspired by European styles, from German and Czech lagers to Franco-Belgian saisons. Garden Grove also has ciders, wines, and meads, with grapes made in Virginia vineyards.

We also recommend one of the elder statesmen breweries in Richmond, Isley. They manage to represent different classic styles in their tap list but also add some unique beers like kettle sours and Berliner Weisse. Here are the top beers: 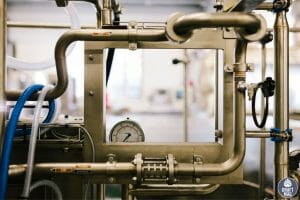 Isley brewery has been around since 2012, and the taproom now offers a neighborhood bar vibe rather than a sleek space. It does not have the hipster style found in other breweries in its neighborhood like The Veil and Väsen Brewing Co.

Legend Brewing is the oldest operating brew house in Richmond and is known for opening the door to the beer scene in the city. The brewery was the only one between 1994 and 2010 in Richmond, and all of a sudden, tens of brewers opened in the area. Despite that, they offer classic and delicious beers, including: 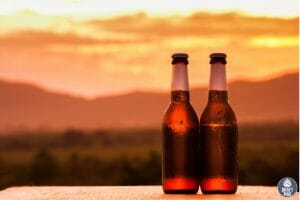 The brewery has a dedicated local following in Richmond. It features a riverfront patio for summer days and a classic brewpub vibe with sandwiches, burgers, and fried finger foods. Legend also offers a dedicated game room and mug club.

We’re rounding up our list with Basic City, and although it’s based in Waynesboro, you can check out their Richmond location for a fun experience. The brewery has a wide range of hazy IPAs, hoppy beers, and other top styles like pilsners and stouts. Some of the famous beers include: 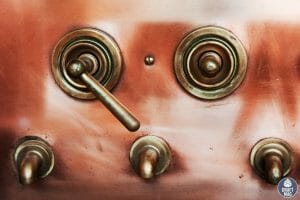 Basic City is an underrated location in Richmond but should be part of your tour when in the city. They are known for their expansive indoor space, game room, and diverse food concepts that make your experience even more fun.

If you’re looking to enjoy the best beers in Virginia, breweries in Richmond will do the trick! The exciting city has a lot to offer for beer enthusiasts and foodies, so here are our top recommendations: 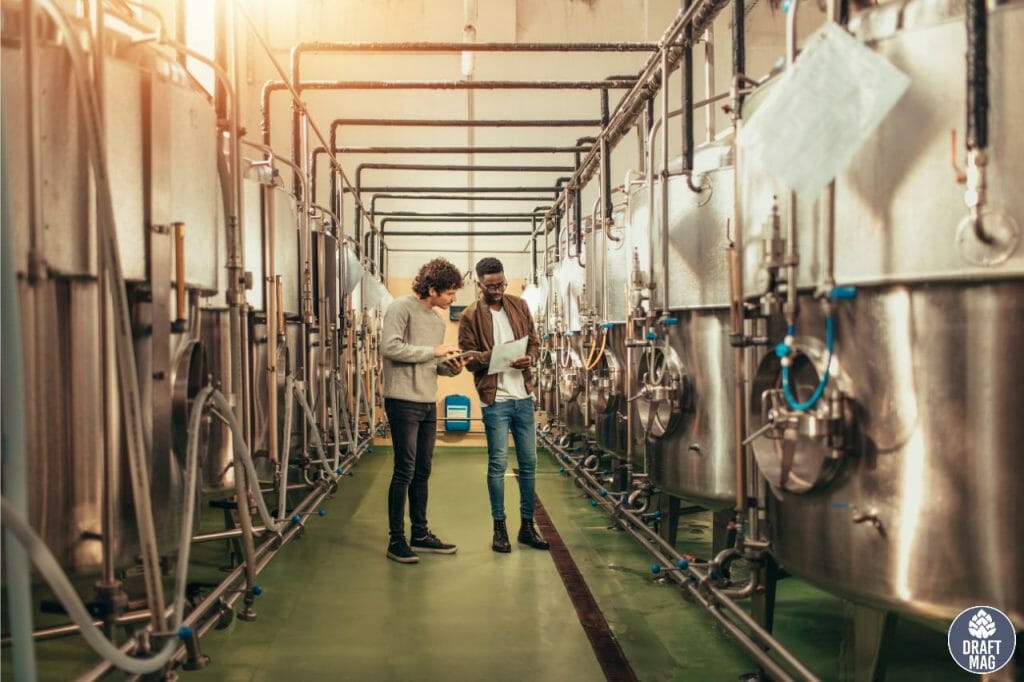 You can plan an exciting beer tour in Richmond with our complete guide. The city has a bustling craft beer scene regardless of what you’re looking for, and you can get started with our top choices.