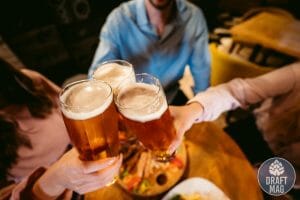 If you find yourself wondering about breweries in Orange County, this is the ultimate list of breweries for you. From Belgium Ales to classic IPAs, the city has something to offer to everyone. Complemented by food trucks, chic, vintage and urban decor, a music-friendly neighborhood and a vibe to suit anyone’s needs, here are some of the best breweries in Anaheim. 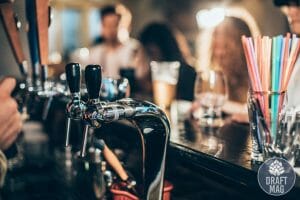 This brewery has a science-inspired decor theme that offers a wide variety of fun, experimental beers on rotation that are brewed in small batches. Their tasting room is generally noisy with beaker planters lined up. They also have a bookshelf for people who enjoy reading.

Their Stealth Mode is a tart Wheat Ale flooded with blueberries and brewed at 5.0 percent ABV. Their Study Break is a Snickers candy bar-inspired beer. 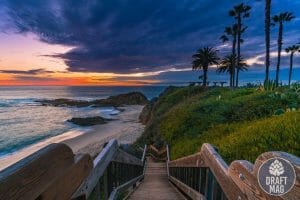 Their beers are named after local hiking and mountain biking trails on the Laguna hills. Along with tasteful beers, this is one of the many Orange County breweries with food options for everyone. From salads, sandwiches, pizzas, pasta, they have something for everyone.

The Greeter’s Ale is their classic American Pale Ale at 5.5 percent ABV. The Wild Flower is a robust Wild Ale brewed at 11 percent ABV. 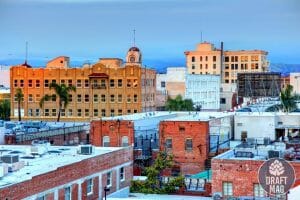 This brewery is known for its hop-forward beers. They particularly brew classic West Coast beers with the idea of brewing unique and classic styles. 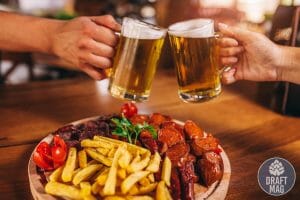 Their primary focus is to brew the best Belgian-style Ales in all of Orange County. This is one brewery hidden in San Clemente that has the friendliest staff, a light, airy taproom and a welcoming atmosphere.

Their San Clemente Session Ale is a light, airy brew at 4.9 percent ABV with stunning yet subtle hints of clove and earthy maltiness. 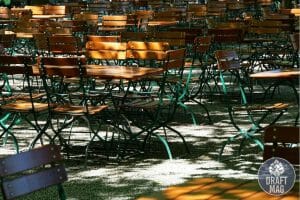 This is a part brewery, part cafe, part restaurant and part swim club that offers luxury to every customer. It is spread across 33,000 square feet with a beer garden surrounding its edges, a gorgeous pool area and an outdoor restaurant. The food menu has endless plant-based offerings, finger food and an epic wine list, all alongside a generous tap list.

Their Getaway Dinosaur is a Hazy IPA at 6.5 percent ABV. It has a full mouthfeel and a nice citrus blast. The Stencil Straw is a  Hazy DIPA at 8.5 percent ABV. 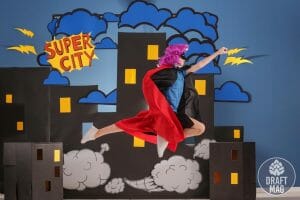 Joe Buzz Man is a Cream Ale also considered a lawnmower beer due to its low ABV. Enzo is a unique Italian Pilsner that is heavily hopped with noble styles to gather a pungent flavor. 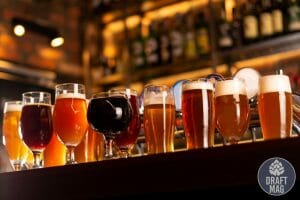 This is one place that began as a winery and later turned around to walk towards beers. They are a microbrewery, small in size and offer beers on rotation. As they brew small batches, they usually have different beers running through different months.

The Watermelon Seltzer is a hard Seltzer brewed at 6.3 percent ABV. It is juicy and extremely light in mouthfeel. Their Beaver Pointe River Lager is an award-winning American style Lager at 5 percent ABV. This is a perfect summer drink. 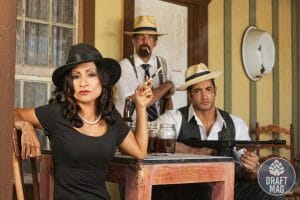 This brewery is built for the community. Their motto is to turn a casual drinker into a die-hard fan. They have tasting rooms in Fullerton, Redlands and Costa Mesa. They brew high-quality, small-batch beers and like to keep things fresh.

Their El Chango is a Mexican American Style Lager and is their most famous beer. It is brewed at 5.3 percent ABV and has a herbal aroma and crisp flavor. 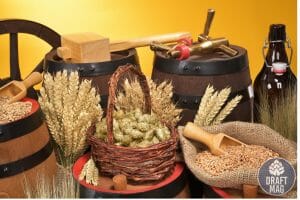 This is an independent brewery on the West Coast, Costa Mesa. Their beers are mostly brewed in the farmhouse style. They have everything from Saisons to hoppy IPAs. The taproom is bright and airy and has an extremely welcoming vibe.

The Shellmaker Oyster Stout is a dry Stout brewed at 5.5 percent ABV. Their Tropical Downpour is a strong and bitter American Pale Ale with a 7.1 percent ABV. 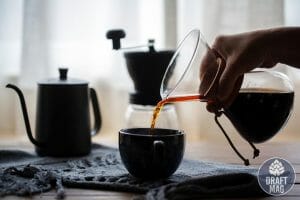 This is yet another microbrewery in Orange County that makes serious sustainability efforts. They are highly ingredient-driven and often focus on making creative beer recipes. They avoid bottling and distribution which is why their beers are one of a kind. They use extensive barrel fermentation and aging.

Their Doublewide is a NEIPA with a punch of tropical fruitness like pineapple and a balanced maltiness brewed at 8 percent ABV. 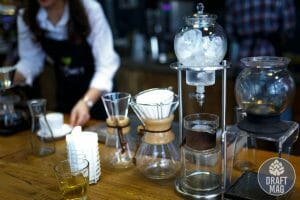 Since 2014, the brewers have put their minds and hearts into using the finest quality ingredients and brewing with class apart techniques. Their beers have won several awards. This is one of the most fun breweries on Huntington beach.

The CocoNutorious is a coconut Amber Ale at 5.3 percent ABV. It is brewed using toasted coconut and has toffee and caramel notes. 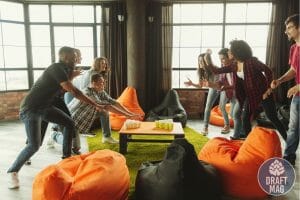 This brewery offers a wide range of beers, games and food. They host Tuesday night gaming sessions. It is a perfect place to hang out with friends and family for a fun board and card games night. They have a patio, a large tasting room and a beer garden.

The Eridium Resonator is their newest brew with flavors of raspberry, blueberry  and Boysenberry. There is no Cow Level is their award-winning Imperial Coffee Milk Stout. 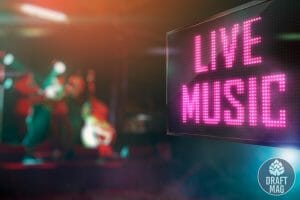 The brewer and owner Rick Smets has taken his taste for eclectic music as creative energy to brew some of the most unique beers in the Aliso Viejo area. Their taproom is 1,000 square feet and is open from Wednesday to Sunday. Their taproom is a lovely spot particularly for old-school music lovers.

Hi-Fidelity Lupulin Alliance is a delicious American IPA brewed at 7.0 percent ABV. This is slightly higher in bitterness but also has a well-balanced malt flavor. 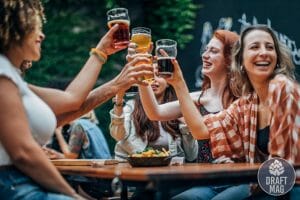 This brewery is located in Sunset Beach on the Pacific Coast Highway. The founders started with a homebrewing capacity that slowly turned into the most loved nano-brewery in OC. They have brewed several award-winning breweries. This is yet another tasteful brewery in Huntington beach.

Playa Nublada, a Hazy IPA at 7.0 percent ABV are effortlessly juicy and hoppy in nature. It’s the perfect summer drink to captivate your palate. They’re Destroyed by Faction is a Pale Ale at 5.5 percent ABV. This is an extremely crisp and light beer. 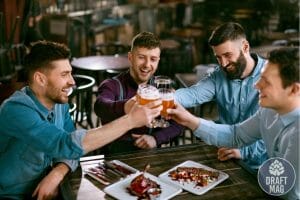 At SBC, they believe in brewing tasteful craft beer, serving delicious food and having fun. They opened in 2000 in the heart of Orange County. They follow the wine barrel aging process of fermenting Sour beers. They serve beers, cocktails and selected wines.

The Nitro Milk Truck is their signature Milk Stout with 5.8 percent ABV bursting with flavors of vanilla, oats and lactose and has a heavy mouthfeel and rich coffee aroma. Modelo Especial is a classic American Lager full of flavors of orange and honey brewed at 4.5 percent ABV. 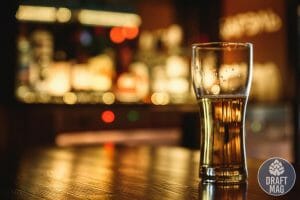 This brewery was founded in 2017. It started off as a family and friends-run brewery that initially brewed beer in their garage. Its mission is to give customers a patriotic experience with beer and offer the highest quality Ales and Lagers. 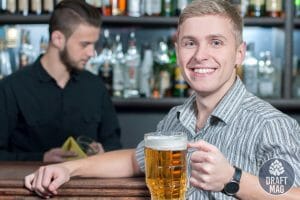 This brewery is a family-owned and operated brewpub located on the surf side of the coast. They strive to find premium ingredients to brew the highest quality beers. They also offer catering services and organize small events on pre-booking.

Their Trestles IPA is a light-bodied, clean and crisp IPA with moderate bitterness, brewed at 6.8 percent ABV. The Asylum is a Belgian style, Tripel Ale, with a light body, crisp finish and a subtle warm after the finish. Brewed at 11.8 percent, this is their strongest beer. 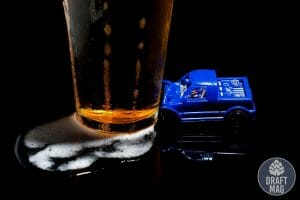 They are a small, family-owned brewpub committed to using local high-quality ingredients and traditional brewing methods. Their beer production is well-focused on flavor and freshness. They brew in small batches to keep their beers fresh and rotating.

B is for Brownie is their Double Pastry Stout at 9.0 percent ABV. This is a thick, wholesome and full-bodied beer, perfect for the winter months. 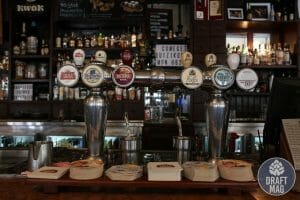 This is a small, independent brewery run by two friends out of their love for beer. They provide their customers with a happy, kind and loving atmosphere at their taproom. They are also dog friendly.

Their Crushing is Relative is a Czech-style Pilsner brewed at 5.0 percent ABV. Pet the Tiger is another delightful California IPA brewed with Mosaic and Citra at 7.2 percent ABV. 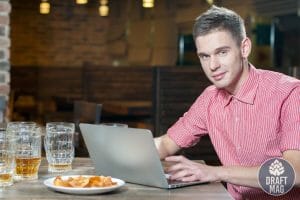 This brewery is located in the town of San Clemente. The taproom is open throughout the week. They usually have up to 16 beers on tap and some select seasonals every now and then.

The Unicorn Juice is an American Wheat beer infused with passionfruit brewed at 5.0 percent ABV. The Bog Trotter is a classic Irish Red Ale at 6.1 percent ABV. 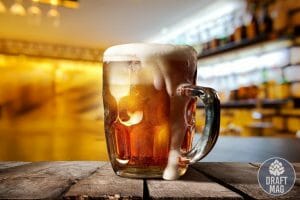 This is San Juan Capistrano’s first public house brewery offering delicious artisan beers that are balanced and easy to drink. Their beer style include brews with a focus on flavor and balance. They believe in community, craftsmanship and independence.

The Hefte Fee is an Easy IPA at 4.8 percent ABV. It is an easy drink with low hoppy bitterness and a well-balanced aftertaste. The Rube is a Red Rye Ale with 8.0 percent ABV brewed with mild grapefruit bitterness and balanced by spicy caramel flavors. 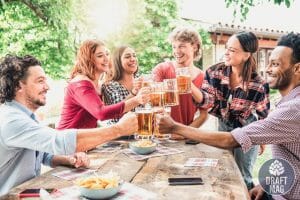 With a dream to bring craft beer to Victoria Falls, Tree Bat chose the Zambezi river and was convinced that only a cold brew would kill this thirst. At River, you can find some tastefully crafted beers made out of respect for their region and love for beers.

The River Bantu Red Ale is the all-time favorite beer from this brewery at 4.6 percent ABV. It has rich and complex flavors. 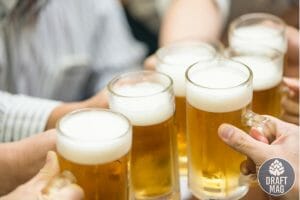 This brewery is located in the heart of the Disney District. Their brewery features a menu that is kid-friendly. They have a gorgeous rooftop patio and a range of award-winning beers. They have up to 30 options on tap.

Their Sea Cow IPA is brewed at 7.3 percent ABV and is a full-bodied, light and citrusy beer. The Grapefruit Sculpin is yet another American IPA at 7.0 percent ABV brewed with notes of mango, pineapple and guava. 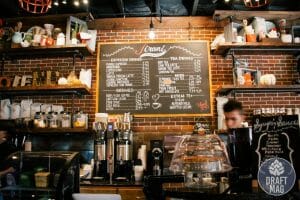 This is one of the oldest breweries in OC. They experiment with barrel-aged ales and other off-the-charts beer recipes. The taproom has a patio area perfect for small events. They produce a variety of beers with experimental techniques and combinations.

Their Two if By Sea is a recent addition to their Hazi DIPA at 8.1 percent ABV. It is full of fresh tangerine, crushed gooseberry and plenty of grape notes. 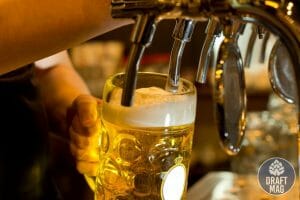 This is one brewery that brews beer with an adventurous spirit. They advertise themselves as the go-to beer for all your camping needs. They are known to brew beers that are hop-forward.

Big Little Thing IPA is an IPA with a tropical burst and citrus notes brewed at 9.0 percent ABV.

The Orange County area has been booming ever since the craft beer revolution. The city has everything from classic IPAs to funky Hazy West Coast Beers, so if you’re in the area, don’t forget to check some of these breweries out. 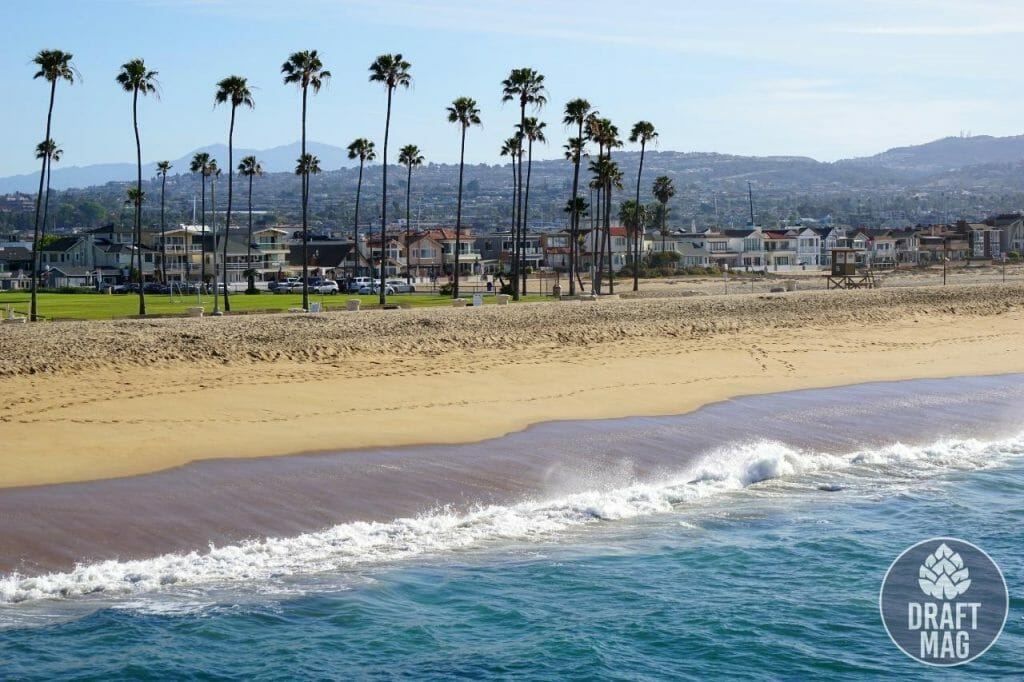 No matter what your beer taste buds say, checking out the Orange County breweries map will be worth your time. Whether you’re here for a beer festival in town or just to travel around, the beer scene in San Diego will not disappoint you.