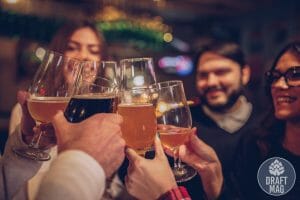 Samichlaus is one of the most exclusive beers in the world and is very hard to find in stores due to its limited production. This was once one of the strongest beers in the world before the craft beer wave overtook the world of beers. Now, this beer is making a comeback in the market, and beer lovers across the globe wait throughout the year to try this rare and exclusive-tasting beer.

In this article, we will thoroughly review about the different characteristics of the Samichlaus and find out what sets it apart from other craft beers; read on to know more.

The Samichlaus beer is now exclusively brewed in Austria. However, the recipe originated from the Western parts of Switzerland. Samichlaus means “Santa Claus” in a Swiss-German local colloquial dialect, which says the beer’s story and the brand. This beer’s many more quirky and distinctive features set it apart from most other craft beers. Check them out below.

The color of the Samichlaus beer ranges from dark cherry to deep amber. This beer is very clear, and the overall appearance is vibrant. This beer hardly forms any head; however, there is a very thin amber-colored foamy head which hardly has any retention. The carbonation level is low; hence not many fast-rising bubbles are visible.

The Samichlaus beer is filled with many unique aromas. Though it is a lager beer, it is stored and aged for more than ten months, giving it a very barrel-aged dense smell. This beer is filled with sweet malt and fruity fragrances. It smells of cherries, plums, raisins, dates, molasses, and toffee. These multiple fragrances bring about an added sweetness to the beer above the malty smell.

The mouthfeel is very smooth and creamy, and the low carbonation level leaves a mild fizzy effect on the tongue. The overall mouthfeel is medium rich with a crisp finish and a fruity aftertaste.

This Schloss Eggenberg-made craft beer is filled with exclusive flavors of fruits and malts. This is one strong lager beer that’s available in the market, but the tastes are very well balanced.It has taste notes of various fruits like cherries, plums, raisins, dates, and other berries. It also has certain sweet taste notes of molasses and toffee. The rich cherry color of this beer is synonymous with its cherry taste.

There is also a subtle flavor of caramel and burnt dark chocolate, which comes from the exclusive barrel aging process this beer goes through. The sweet taste of the malts is also quite evident and balances out the strong taste of alcohol. The overall taste of this beer is quite smooth and refreshing, there is no burning alcohol taste.

Unlike many other fruit-flavored lager beers, this beer does not have any tartness or citrus tastes, the most dominant taste is fruity sweetness. Though very little, you can also feel some flavors of burnt currant, blackberry, and demerara sugar.

This beer is both strong and fruity at the same time; hence it can be paired with a diverse range of food. Here are the best options you can pair it with for the best beer-drinking experience.

You can pair this beer with dark, dense and fruity desserts. Some options can be dark chocolate moist cake, fudge brownies, caramel custard, or fruit puddings.  Since this is a typical winter drink, you can pair it with winter rum and plum cakes to enhance the beer flavors even further.

You can pair it with smoky barbecue and outdoor food. Since this beer is primarily available during the winters, all kinds of winter foods can work with it. Dishes like grilled steak, lamb shacks, pork ribs and other smoky food work really with the Samichlaus classic beer.

The Samichlaus beer recipe includes ingredients such as malts, bottom-fermenting yeast, hops, and fresh water. All of these ingredients are exclusively sourced, hence the beer’s rich and unique flavor profile. The main feature of this beer is not the ingredients but the barrel-aging of the beer after brewing.

This beer comes in a 330 ml can and it has 420 calories, which is highly caloric, in addition, the ABV level is very high at 14 percent, which shows why the beer is high in its calories.

This is one of the key and most unique beers in the world and one of the strongest lagers till a few years ago. It had gone out of production but finally returned to the market. But to date, only one batch of this beer is brewed on the sixth of December in Austria at the Brauerei Schloss Eggenberg Brewery.

Then after the brewing is over, this beer is aged for a good ten months before the bottling process begins. The final product is available in the markets only in October. Since this beer is so rare, it quickly goes off the shelves and getting your hands on a pack can be really difficult.

We got a lot of new information on the rare yet beautiful tasting Samichlaus beer from Austria. This is one of those rare beers whose flavors are enhanced with the long aging process. So, before you try a bottle of this rare exclusivity, remember these few points. 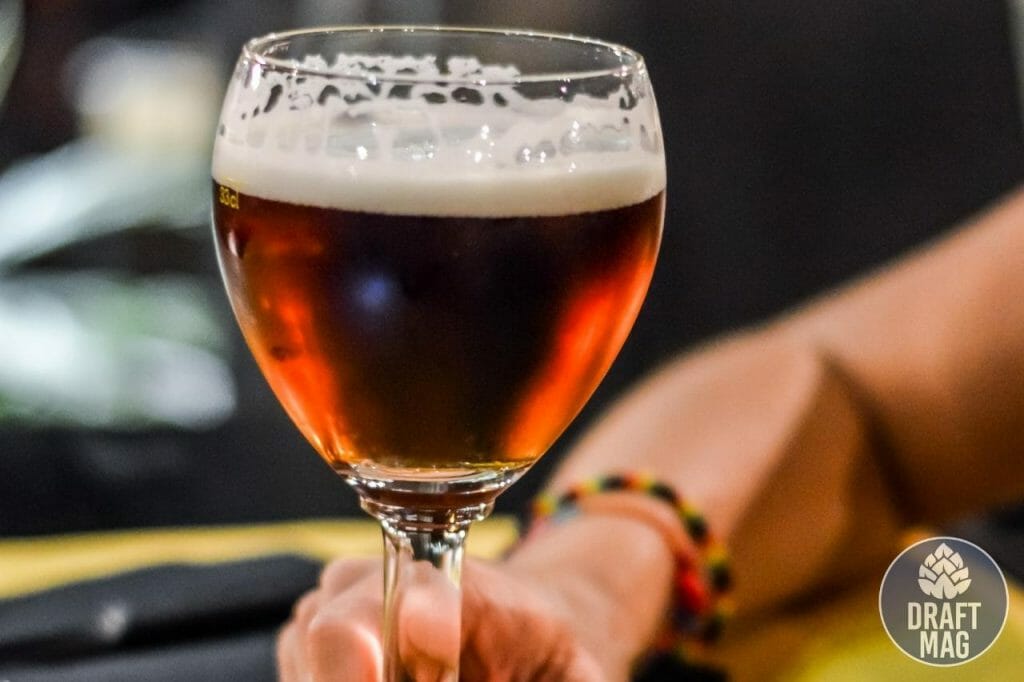 This beer is very hard to find, and the brewers make only one batch every year, so if you want to know what it tastes like, be sure to grab a pack real quick.