Skull Splitter beer is one of the strongest beers brewed by Orkney Brewery. It is a full-flavored, satiny, smooth and sophisticated craft beer. The beer is named after Thorfinn Einarsson, the 7th Viking Earl of Orkney. 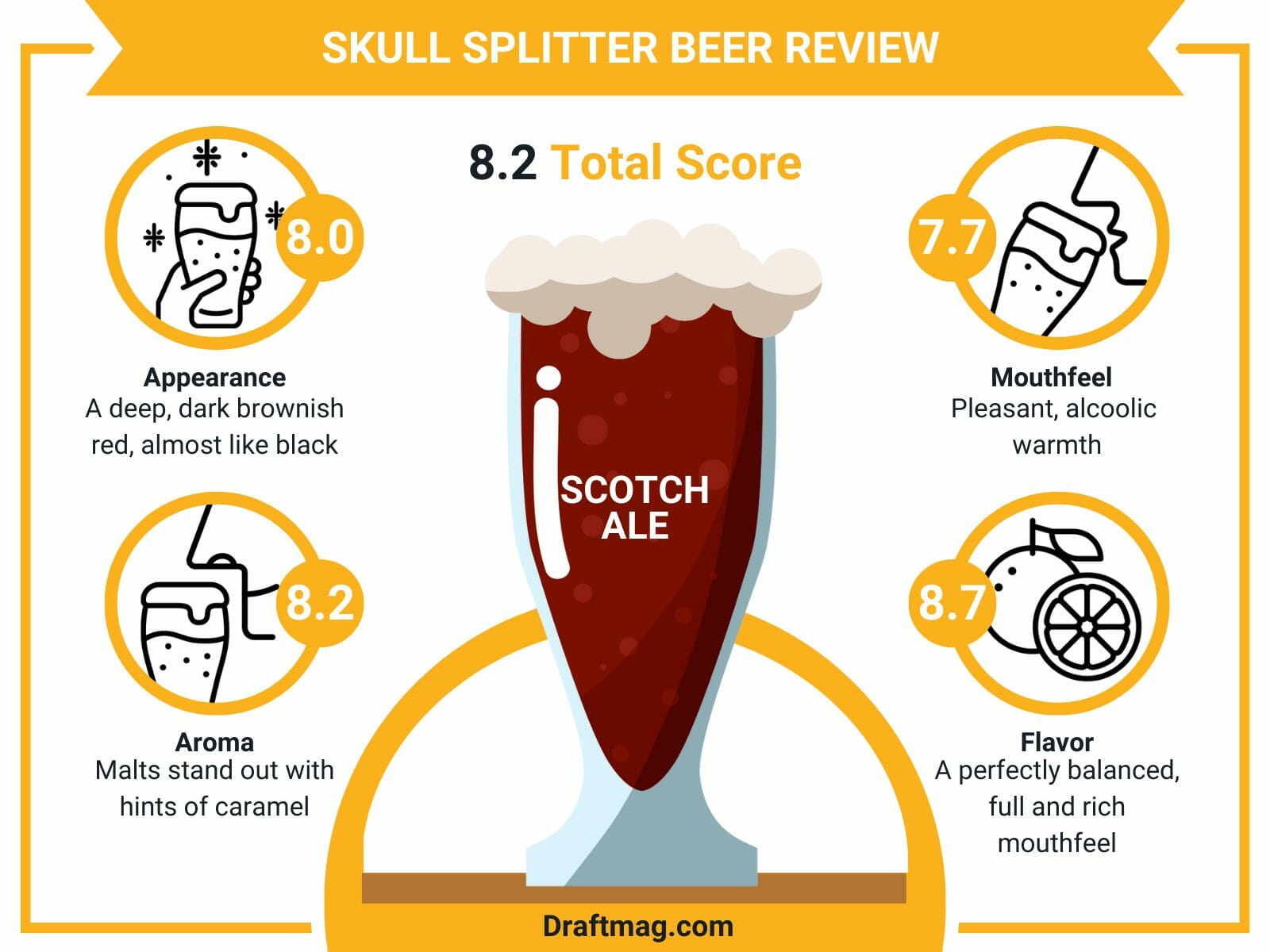 This guide is a comprehensive review of the beer to help you determine if it’s the perfect one for you, so read on!

The Skull beer is a scotch beer with a rich and fruity wine-like complexity with flavors of dried and fresh fruits. It is a good beer with excellent drinkability. This beer is perfect for any kind of gathering, preferably on a cold evening with family and friends.

Below is a detailed review of the beer.

In terms of the head, the appearance is slightly less than expected. On a typical pour, around one finger of the fine, off-white head appears. The color is charming, a deep, dark brownish red, almost like black. But just enough light manages to pass through to give it that red hue. The color of this beer is quite fascinating.

You will also notice a small but definite ring of alcohol above the foam. It is similar to that in a whiskey glass. The beer is clear and has a large tan head, which dissipates immediately.

The aroma is strong and almost similar to Sam Smith’s brown ale with a punch of strong earthy yeast. It has a nice, distinctly British nose with frequent hints of caramel. The malts stand out but also have a distinct aroma.

The mouthfeel is similar to the aroma but with some extra smokiness and nuances. It also has a mild taste than the aroma and is easy to put down. The malt, however, which is rather large and warm in the malt department, is the primary attraction here. There is also a good deal of earthiness in this brew. 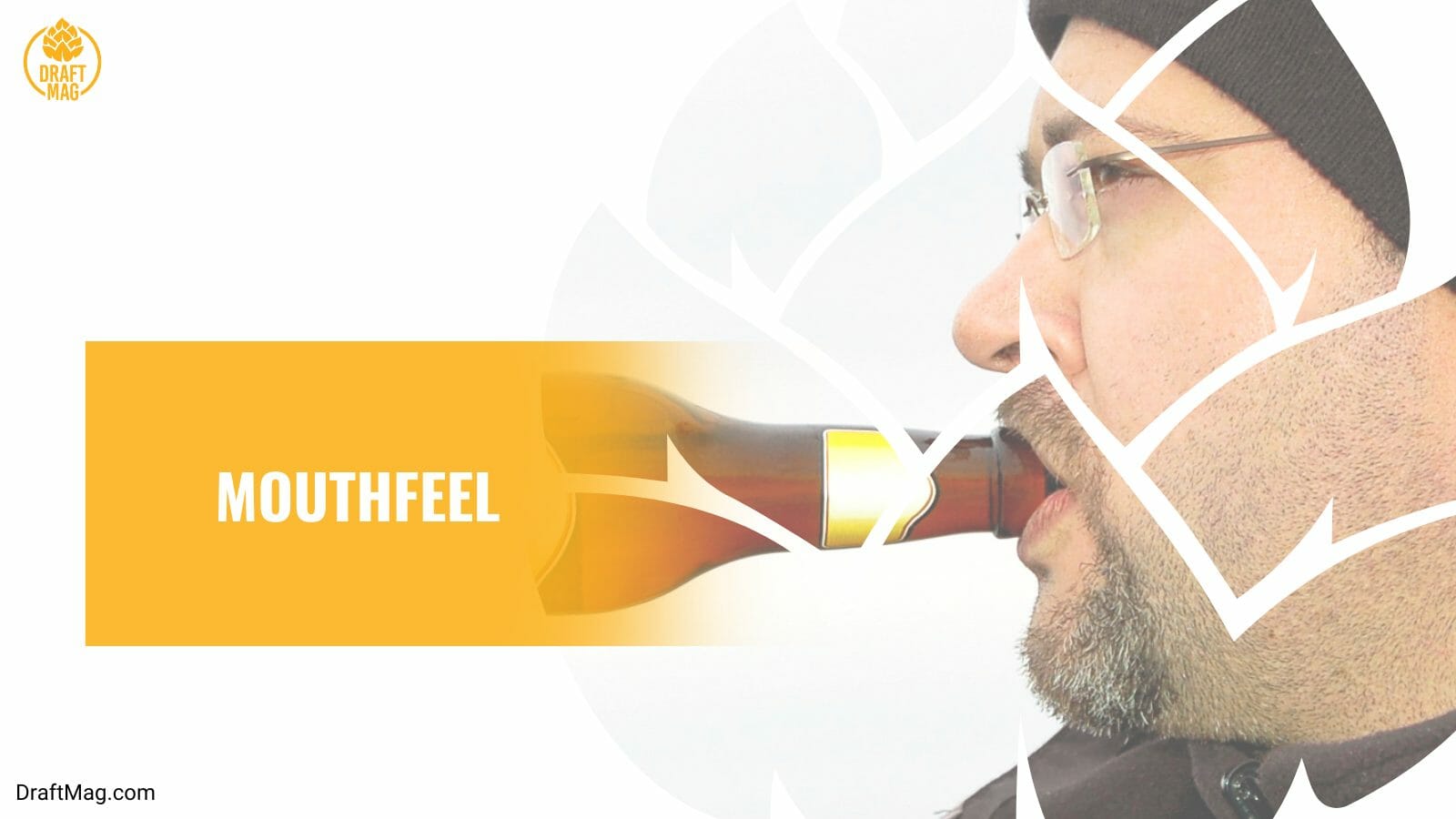 Despite being a large brew, the alcohol surprisingly has a barley flavor. Medium-full to full-bodied, with some (but not all) varieties exhibiting a thick, chewy mouthfeel. The malty sweetness is balanced with a pleasant, alcoholic warmth that is typically present. It has a slight carbonation.

This beer has an excellent flavor as well. Despite its creamy head, the bubbles don’t just pop in your mouth with each sip for a perfectly balanced, full and rich mouthfeel. Additionally, after the alcohol is no longer detectable in the flavor, it returns by warming your chest. The taste is smooth, filling, and solid.

It has hints of roasted malt, smokey and nutty flavor, all of which linger into the finish. Since the bitterness and hop flavors are mild to medium, the malt flavor dominates. The esters used contain raisins, dried fruit and plums. This beer is rich and sweet on the palate with a sweet to medium-dry finish.

Skull beer’s robust flavors go nicely with gamey foods like pheasant and quail. You can also combine it with more conventional dishes like roast pork, smoked salmon or lamb, especially when simmered over an open flame. Spicy Mexican dishes are also a good choice because they have lots of hop flavors. 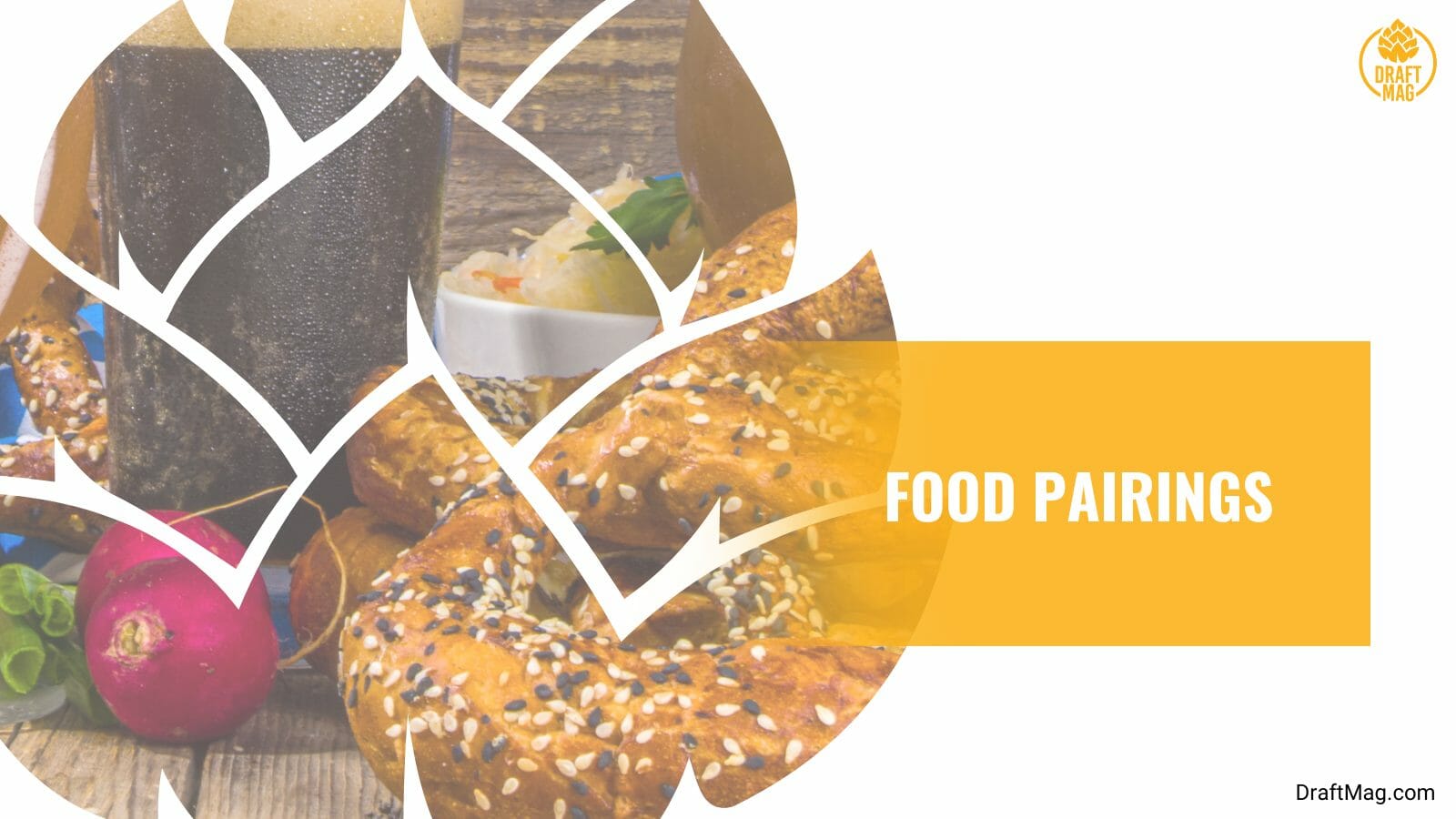 You should usually go with something smoked when complimenting cheese. With the thick toffee and caramel-like quality of the beer, it is the best to keep for a rich dessert. Everything that contains dark chocolate, toffee or caramel will be excellent.

This beer has several ingredients to ensure you get the best beverage. It consists of different varieties of malts and hops to give it a unique flavor and bitter taste. Water is also another important ingredient, helping to harden the beer. The beer also features a strain of cultured yeast. 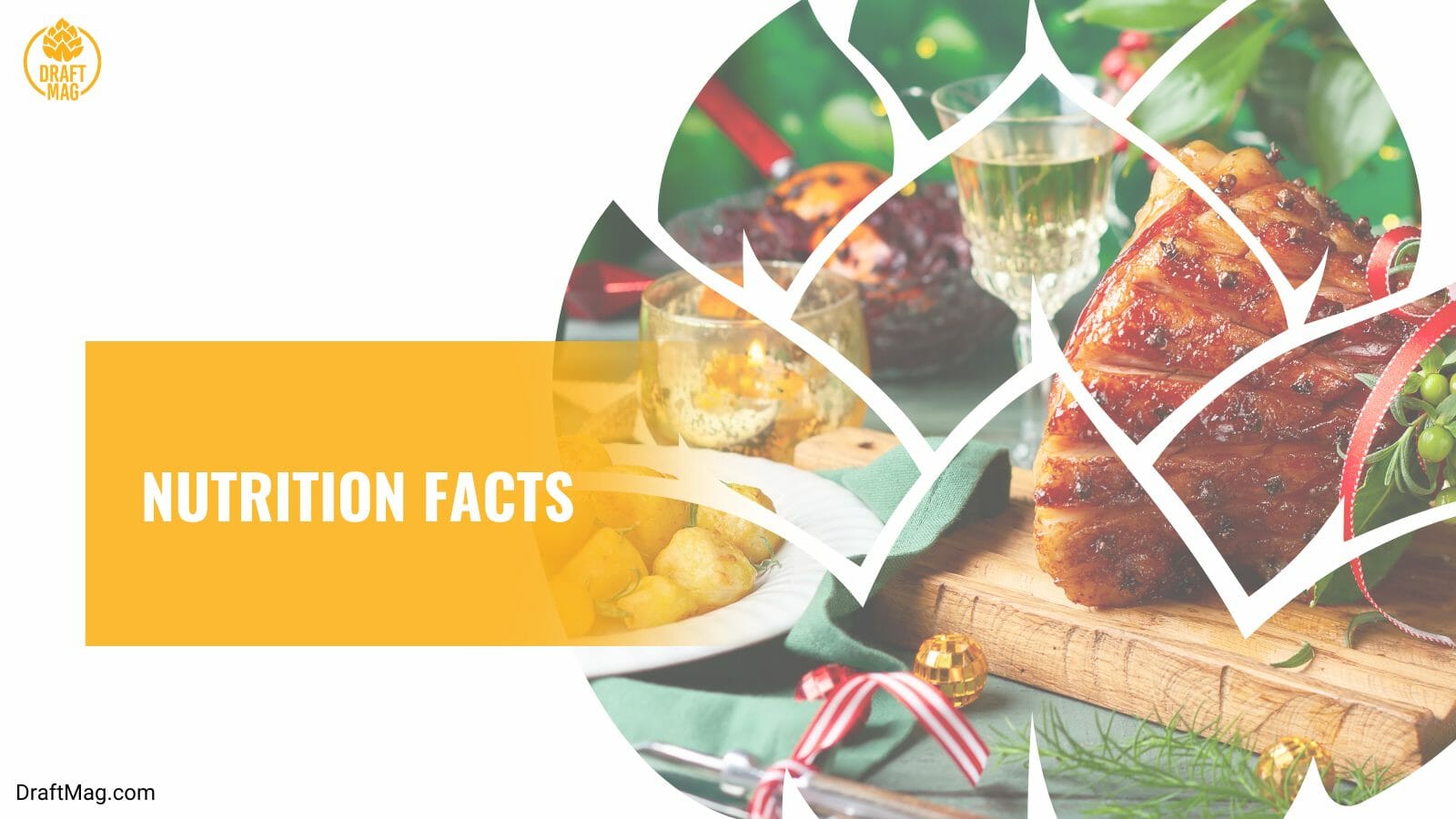 However, it’s the ideal option when you need a nice beer for the evening. Skull Splitter beer alcohol content is 8.5 percent. This is relatively high for people with a low tolerance to alcohol. As a result, it’s wise to keep an eye on your drinking habits when consuming this beer.

The Skull Splitter beer is brewed by Orkney Brewery. Atlas is the parent company of the brewery. The brewery was founded in March 1988 at the old schoolhouse in Sandwick, Orkney, a mile from Skara Brae. Atlas was merged with Orkney in 2004 under the name Highland & Islands Breweries.

Sinclair Breweries took over Highland & Islands in 2006, owned and run by Orcadian Norman Sinclair. The brewery is located in Quoyloo, where the former West Mainland Victorian School stood. Since it was the school his father attended as a young child, Norman Sinclair ensured the school was protected as much as possible when he took over.

We’ve discussed some of the features of this excellent beer, featuring more alcohol and flavor. Let’s have a quick recap.

Do not miss out on the benefits that come with this crisp beer. Visit any store in your neighborhood to grab a bottle today!