Victory Merry Monkey beer is one of those beers everyone seems to want for Christmas. It is produced by Victory Brewing Company and is an excellent variant of its Golden Monkey.

To be more specific, it combines cinnamon, cranberry, and nutmeg with Golden Monkey’s flavor profile to create a unique spicy beer. If you’re thinking of having this Belgian-style ale at your next hoppy hour, read our review to know what to expect.

Victory Merry Monkey tastes like a combination of cinnamon, nutmeg, cranberry, clove, and yeast in a beer mixture. It is quite spicy and has hints of fruitiness. There’s also an evident hoppiness and an alcoholic warmth that lingers on the palate.

A glance at most beer websites shows this beer has several positive reviews. Here is our unbiased review based on the following categories:

This Belgian-style ale comes in an appealing 12 oz. bottle with the image of a monkey holding up a glass against a Christmas-themed background. From the bottle, you can tell that this seems like a great beer for the winter holiday. It pours an orange or amber color with a rich, thick white head. This beer has great retention lasting for more than a minute.

The foam head slowly dissipates and gives way to a nice lacing. We like that the thick lacing surrounds the glass all through the drinking period.

The most prominent notes of this beer are cranberry, cinnamon, pilsner malt, orange, and hints of pepper. There are also scents of nutmeg, hops, and a biscuit-like note. You can catch hints of a yeasty funkiness that reminds one of the crackers. The beer also has hints of banana, peach, and what might be coriander or clove.

This scent finishes off with a rich malty scent that’s probably from the pilsner malts or caramel malts. One thing to like about this Belgian-style ale is how all of these notes are combined in a way that masks the high alcohol content.

This beer is a medium-bodied ale with gentle carbonation. It has a smooth mouthfeel and is quite sweet. In fact, this beer has a sweet mouthfeel almost throughout the experience, eventually giving way to an alcoholic warmth. With every gulp, you can feel its suppleness.

It also has a noticeable syrupy feel. The cinnamon and spiciness are present but not overwhelming. The beer leaves a crisp, dry finish.

The flavors of this beer are cracker malt mixed with nutmeg, cinnamon, and what may be clove spice. There are also citrus flavors in the form of orange and banana, and a peachy note. One can also detect a cracker-like yeast flavor that blends well with the cinnamon. All of these make for a spicy-flavored Belgian ale that is very easy to drink.

These flavors are balanced by a mild hop flavor that is noticeable but not assertive.

This beer, like most Belgian-style pale ales, pairs well with almost any meal. While the most common are sandwiches, pizza, and cheese, spicy meals are also a great pairing.

You can pair your cold bottle of this beer with grilled chicken, beef, buffalo wings, and pork. You can also pair it with a burger with barbecue sauce, salmon, and sweet dessert. It also pairs well with Mexican or Asian cuisines.

This spicy holiday ale is made from various malts, including Pilsner and roasted malted barley. It also contains a variety of hops, with Cascade and Tettnang being the most prominent. There are also notes of cranberry, cinnamon, nutmeg, and citrus peels.

This beer contains 274 calories, 21 grams of carbs, 23 grams of net carbs, zero grams of protein, and zero grams of fat. This beer has a high amount of calories, so you may need to be careful about how much you drink, especially if you are watching your weight. It is also not a recommended drink if you follow a keto diet.

A bottle of Golden Monkey beer has 274 calories, similar to the number of calories in a Merry Monkey bottle.

Merry Monkey beer was first introduced to the public in 2020. It is produced by Victory Brewing Company, a Pennsylvania-based brewery that has been creating beers since 1996. The beer is a variation of Golden Monkey, a Belgian-style Tripel Ale by the same company.

Known for its cranberry, cinnamon, nutmeg, and citrus notes, it is a lot spicier and more flavorful than Golden Monkey. It also features cascade hops, which aren’t present in Golden Monkey.

Merry Monkey is a worthy variation of the popular Golden Monkey beer. Here’s an outline of the main points discussed in this review: 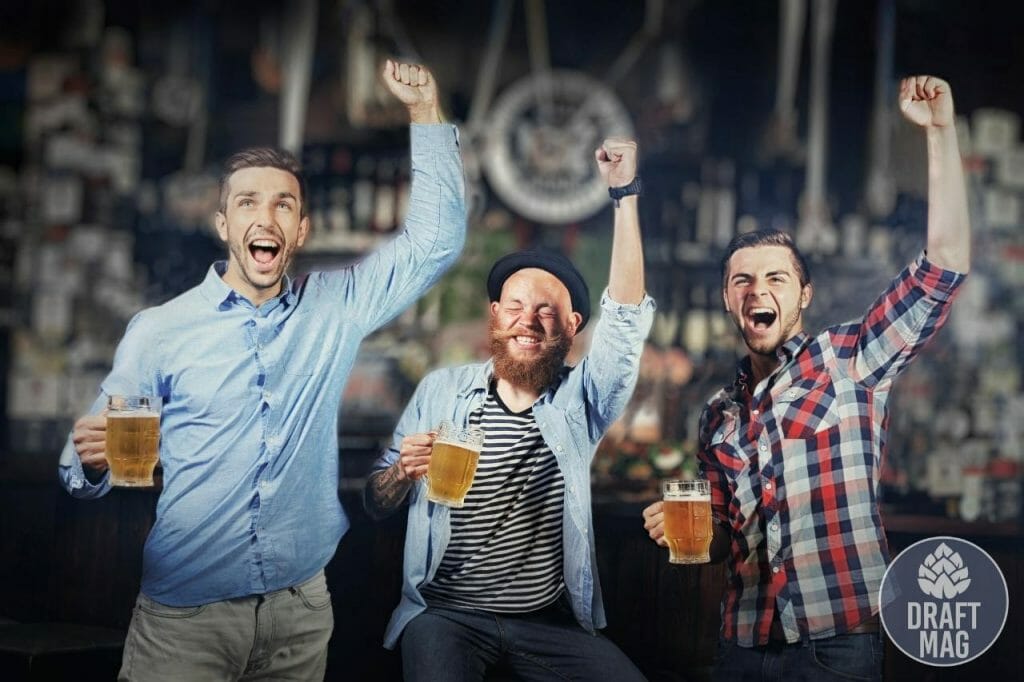 Even though we think this brew is a tad too spicy for a Belgian-style ale, it is a good variant of Golden Monkey, produced by the same company. If you enjoy beers with bold spiciness and flavors, then you should grab a bottle of this Belgian ale at your next merry hangout!