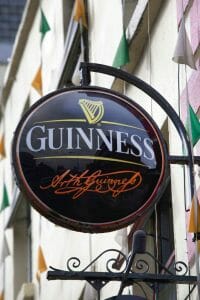 What does Guinness taste like is a question often pondered upon by people unfamiliar with this drink. Known for its perfect blend of sweetness and bitterness, this native Irish stout has been one of the most popular beers since the late 18th century.

So what makes this beer so special, and is it the right beer for you? Keep reading this complete guide, as that’s exactly what we are about to find out.

Guinness beer tastes like a beautiful mix of hoppy bitterness and malty sweetness, together with notes of chocolate and coffee. Almost black in color, Guinness is undoubtedly a great stout beer with an amazing taste. The roasted and unmalted barley used while brewing Guinness also adds a roasted flavor. Overall, the palate is very well-balanced, making Guinness pleasurable to drink.

The beer’s taste is particularly thick and creamy in nature, while the nitrogen added to Guinness gives the stout a bubbly texture.

While this should give you a general idea of “What does Guinness taste like?” you should note that there are different variants of Guinness, each with its own flavors. The taste mostly remains the same across all types of Guinness, but the flavors’ variations might make you prefer one Guinness variant over another. 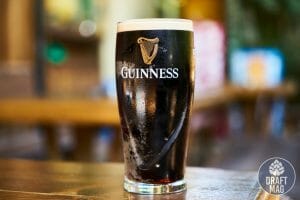 Guinness Draught is extremely popular and comes with a notable fruity and coffee-like flavor. This brand of Guinness is dark brown in color, which highlights the notes of chocolate and coffee even more.

As Guinness Draught is a nitrogenized drink, it delivers a light, smooth, and refreshing mouthfeel. Although the fruity flavor is prominent, you’ll also notice a bitter, malty taste in this beer. 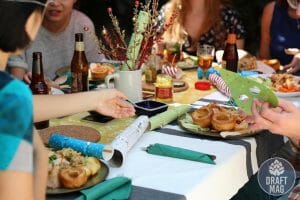 This Guinness brand happens to be the first beer type to originate from Ireland and is a classic favorite for the Irish locals. This beer is especially suitable for individuals who prefer a natural malty palate in their drinks.

While it initially tastes sweet, the hoppy bitterness will slowly become prominent as you drink the beer. The flavor is sharp and crisp, with the citric ingredients helping clear the throat. Overall, this is a delicious beer you’d want to keep drinking.

Guinness Nitro IPA stands out mainly due to its advanced nitrogenating, which you might guess from its name. This ensures an extremely refreshing and creamy mouthfeel when you drink this Guinness brand, along with a bubbly texture. The drink is perfect for those looking for the perfect mix of texture, aroma, and flavor because that’s exactly what it offers.

The diverse mixture of hops creates an irresistible taste together with the caramel and sugary notes. The beer comes with citrus undertones and offers a very refreshing experience.

Guinness Over the Moon Milk Stout 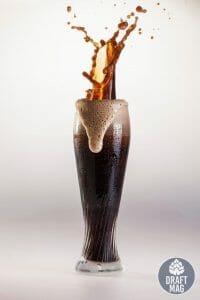 If you are looking for a good stout beer to enjoy with a luxurious breakfast, this is it. Guinness Over the Moon Stout is the sweetest brand of Guinness, with ingredients like milky chocolate, coffee elements, and roasted malt responsible for the extra sweetness.

You’ll taste caramel from the very first sip itself, alongside a rich range of other flavors. Not only is this stout delicious, but it also allows people who don’t like excessively bitter stouts to enjoy the famous Guinness beer. 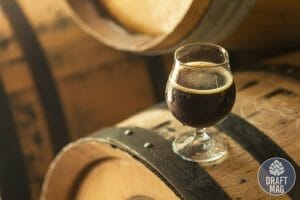 In contrast to the previous Guinness variant, this one is especially bitter. In fact, it happens to be the darkest brand of Guinness, with a notably bitter mouthfeel. The bitterness primarily comes from the roasted barley used in the brewing process. However, the beer also carries a noticeable sweet and milky flavor that compliments the bitterness perfectly.

Besides its well-balanced taste, this stout comes with a malty, nutty, and toffee finish.

If you came here trying to find out what Guinness tastes like, you now have an in-depth idea of the taste and flavors of different Guinness variant. You can now choose your Guinness based on your preference or the occasion.

Guinness is always bitter, at least to some extent. The bitterness is one of the main characteristics of this stout beer and is a result of the key ingredients necessary to brew Guinness. However, while the barley and the hops used in brewing Guinness make the beer bitter, the sweet and chocolate notes balance the bitterness perfectly.

Hence, you need not worry about excessive bitterness ruining the taste of your beer. The ingredients and the brewing process ultimately make the drink potent, creamy, and smooth while blending in the bitterness seamlessly. However, if you usually drink light lagers and don’t taste stouts often, you might potentially find Guinness to be quite bitter.

Guinness is extremely versatile when it comes to food pairings and goes well with a wide variety of dishes. Depending on your tastes, you can choose from various options like:

Aside from these dishes, you can also enjoy Guinness with soda bread, ice cream, oysters, and a variety of other foods.

Contrary to popular belief, Irishmen do not traditionally have their Guinness warm. Rather, this beer is best served at cold temperatures. The creamy tan head of Guinness is one of the most notable features of this beer. At higher temperatures, the head will turn yellow and flatten out.

The company’s quality control team recommends 42.8 degrees Fahrenheit as the ideal temperature for serving Guinness. While it may not be possible to maintain an exact temperature, keeping it below 50 degrees is highly advisable. You should also refrigerate the beer at 46 degrees Fahrenheit for at least 24 hours before serving it.

When you pour Guinness into a glass, it might initially look murky brown. Rather than starting to sip away immediately, wait a bit and let the foamy head settle down. The beer will turn darker, which will help you get the best flavor, especially if you finish the beer in just a few gulps.

As per the company, Guinness isn’t really black but a dark shade of ruby red instead. Either way, its color is a result of the brewing technique. Brewing beer from roasted malted barley involves preparing the ingredients at high temperatures, similar to coffee beans. Such intense heating cooks the mixture’s sugars, grains, and amino acids and creates very dark colors.

How long you can keep Guinness in the fridge depends on how well you store it. Assuming it’s an unopened bottle and you refrigerate it properly during storage, it should remain in perfect condition for at least six to eight months.

The hops present in the beer act as preservatives, which means it won’t exactly go bad even after this period. However, the taste will change and might not be as good as Guinness in perfect condition.

The health impact of beers varies from one beer to another, with some being particularly beneficial. Guinness happens to be one of the beers with several health benefits. Of course, overconsumption of alcohol is always harmful to your liver and you should be careful about how much you drink.

Nevertheless, here are some of the ways in which drinking Guinness can benefit your health:

The soluble fiber present in this stout beer does an excellent job at lowering bad cholesterol, i.e., LDL. Additionally, it also helps improve healthy sugar and cholesterol levels in the blood.

While several beers and other liquors are known to be antioxidants, Guinness is particularly notable in this regard. In fact, Guinness can significantly lower the chances of developing blood clots.

This is the result of the presence of flavonoids, an antioxidant that is present in Guinness but absent in other beers,

Guinness can also boost the iron levels in your body. While it’s true that beer only contains a small amount of iron, every bit counts, considering most adults fail to each consume at least 9 to 18 milligrams of iron. Hence, drinking a Guinness once in a while is a good way to meet the iron consumption requirements for your body.

Drinking stout beers like Guinness can also help you strengthen your bones. This is because of phytoestrogen, a plant hormone found in Guinness. Additionally, the beer also contains calcium and dietary silicon, both of which aid in bone growth and development. Hence, Guinness will help you be much less prone to fractures and other bone problems.

Although Guinness is exceptionally dark in color and may look like a strong beer, it’s actually a relatively weak stout. It has an ABV of 4.2 percent, even lower than the average beer ABV of 5 percent. Hence, it will take more time to get drunk on Guinness beer, and you can drink more.

Also, this makes Guinness a low-calorie beer, with only 125 calories. If you are particularly wary about the possibility of weight gain as a result of drinking, Guinness is a good choice for you.

You may rest assured that Guinness is a very delicious beer and definitely worth a try. Let us quickly summarize the essential pieces of information discussed above: 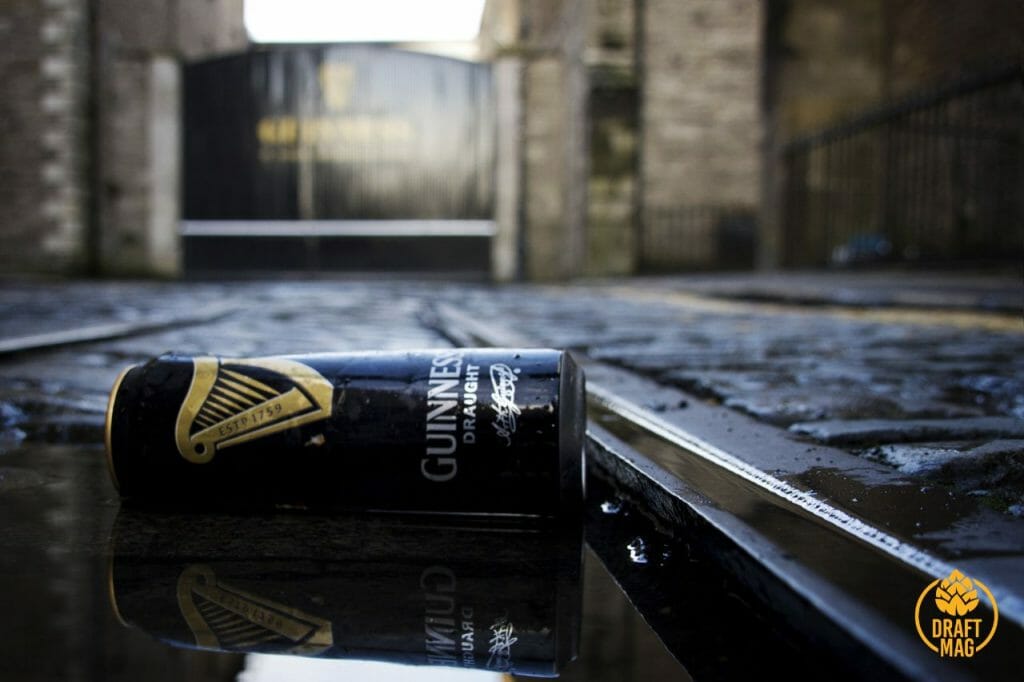 Hopefully, you now have a better idea of what Guinness tastes like and can give the drink a try more confidently. You can always choose from the different variants of Guinness to suit your tastes.