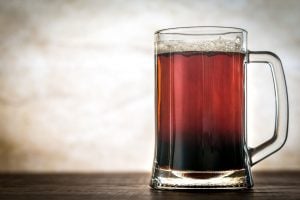 In this Yuengling Black and Tan review, you’ll get to know the ultimate taste of this beer. The fact is that, even though our experts are big fans of the Black and Tan, this beer won’t necessarily quench your thirst, as it is heavy-bodied and smooth. It is a little roasty and sweet with a somewhat faint aroma.

But there is much more to this beer and that’s what you’re set to find out in this article. Continue reading to find out how to appreciate this beer!

What’s the Yuengling Black and Tan Made Of?

Yuengling Black and Tan beer is a cocktail of its own kind, consisting of 40 percent premium beer and 60 percent dark brewed porter. The blend has distinct elements of both the American Lager and American Porter.

This beer is rich and dark in color, with hints of coffee and caramel from the dark roasted malts. Besides, it has a malt-balanced flavor and smooth finish, hence it is quite satisfying for the palate.

How Much Alcohol Content Is in Yuengling Black and Tan?

The Yuengling Black and Tan alcohol percentage is 4.6 percent. This ABV is considered average in the U.S and many other beers are near that level too. As you know, high percentages of alcohol are hard for your system to process and can damage your liver.

The Black and Tan, however, should offer a nice way to get only slightly tipsy without hurting your system. The quantity you need to take before becoming drunk will depend on the individual, body size, weight and metabolism. The state of being “drunk” is also relative but, according to our expert brewers, 2-3 pints of 4.6 percent Black and Tan should be as much as you drink, lest you want to wake up with a hangover the next day.

The Yuengling Black and Tan taste is like baker’s chocolate with a slight roasted edge due to its malt flavor. Fairly low earthy hops do contribute to the flavor too. You’ll also experience moderate bitterness due to the roasted malt.

The sip finishes with a granular, supplement flavor — majorly corn — along with a dry roastedness, like burnt toast. A slight tang escorts the roast given the absence of malt flavors.

It looks clear and dark brown when poured in the glass and appears reddish when held to light with a somewhat tan head.

This beer is made of Yuengling’s original pale ale and dark brewed porter. Other ingredients include cluster hops, corn grits, chocolates, and oatmeal. These ingredients give Yuengling Black and Tan a fantastic aroma as well as an exclusive display outlook.

From the combination of these ingredients, this beer is black in the upper half and tan in the lower half. That’s because the pale ale is denser than the black porter hence it rests at the bottom, whereas the dark porter floats above it.

Just so you know, you can actually make your own Black and Tan at home by mixing a pale ale beer of your choice with a dark beer like a porter or a stout.

What’s more? Porter beers are typically stronger than pale ale counterparts, therefore, the Yuengling Black and Tan is simply a mixture of a stronger beer with a lighter one.

– How To Make a Black and Tan at Home? 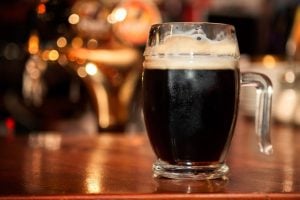 If you want to try your luck at brewing at home, a black and tan is one of the easiest to make. You need a suitable lager/ale, a can of pub draught — preferably Guinness — plus a wide, curved spoon. Now do the following:

Does Yuengling Black and Tan Come in Cans?

The beer is available in two types of cans: 12 oz. and 16 oz. If you need more than one Yuengling Black and Tan can, you can always opt for the 12-pack can. But that’s not the only way to buy a Black and Tan as it also comes in a 12 oz. bottle, a 16-pack bottle, as well as a 2-pack bottle.

Yuengling distribution footprint is largely in the east coast and southern states of the United States. You can always use the ‘beer finder’ on their website to find a retailer near you and order a beer. The Black and Tan can, in particular, is a good option to have on the road whereas bottled beer is the most common in pubs.

How Many Calories Does the Beer Contain?

Each serving of Yuengling Black and Tan beer contains 153 calories. To break it down further, 60.3 percent come from alcohol, 34.4 percent is carbohydrates and 5.3 percent is protein.

You definitely won’t feel guilty indulging in it. However, drinking too much alcohol can seriously add to the calories you consume each day. Keep in mind that calories from beers are “empty calories,” meaning their nutritional value is quite low. That said, consuming additional calories through drinking beer can lead to weight gain.

But how long would it take to burn off Yuengling Black and Tan calories? Well, it depends on the particular activity you’re doing to burn calories. Walking would take 43 minutes, cycling 23 minutes, jogging 18 minutes, and swimming 13 minutes.

That stat is based on a 35-year-old female who weighs 144 pounds and is 5 feet 7 inches tall, so it’s not universal. You may need to work harder or less to burn calories depending on your body type, weight and height, among other factors.

The origins of Black and Tan can be traced back to the multiple British pubs, where the blend of a dark stout and a draft bitter started appearing. It was not hard to learn the trick of pouring Black and Tan and soon after the beer’s popularity grew to other places.

There are claims that the first of its kind appeared in 1889, but others say the drink existed as far back as the 17th century.

Today, Yuengling’s Black and Tan is the most popular black and tan in the United States. However, other breweries do produce their own, mostly mixed before bottling itself. Yuengling’s offering can be enjoyed with grilled meats, lamb and chowder, or even paired with lighter foods, such as salads.

About the Brewery – America’s Oldest Brewery

If the plaquette on the side of their building is anything to go by, the brewery was established in 1829 by David Gottlob Yuengling, a German immigrant who changed his name from Jüngling when he arrived in America in 1823. The brewery started out in Pottsville, PA as Eagle Brewery and changed its name to D.G Yuengling and Son in 1873 after Yuengling’s son Frederick Yuengling joined the company.

That said, Yuengling Black and Tan is an amazing choice for anyone that loves black and tan varieties. The beer is drinkable but we would advise against overindulging for the obvious effects in your body. Over to you!