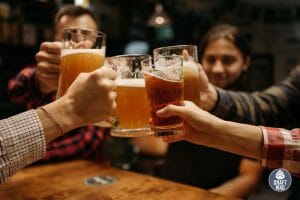 Although the Brazilian beer market is the third-largest in the world, its beers are relatively not well-known. Their beers are right at the top when it comes to variety and styles.

In this complete guide, our beer experts have specially curated a list of the best beers to try out if you ever find yourself in the sunny streets of Brazil. This list features Brazilian beer brands that are simply excellent in taste and quality.

Here is a comprehensive list of the best Brazilian beers in the market. 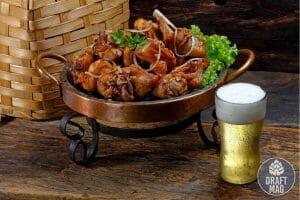 Antarctica is one of the popular beers in Brazil. It is known for its remarkable pale yellow color when poured into a glass. Accompanied by a thin foamy head that disappears quickly, this beer is one lager that is very easy to drink.

Antarctica smells mostly like corn but has a slightly watery taste and almost no discernable aftertaste. It leaves a really dry finish and strong metallic notes. 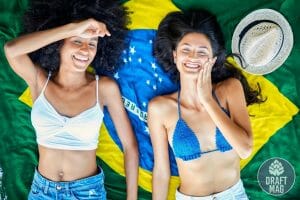 Another interesting beer to try out is the Bohemia, also known as Bohemia Classica. With its 4. 7 percent alcohol per volume, this light beer is quite outstanding. Firstly, it has this brilliant and very clear pale color that’s hard to miss. There’s this bready aroma that’s balanced by a discernible malty note.

When drunk, Bohemia has a rich malty taste, a nice balance of hoppiness that gives way to a mildly bitter finish. In all, this drink has great carbonation and a clean profile that’s quite light, if not too much.

If you need a beer that doesn’t do too much in terms of hoppiness and floral notes, you should request a bottle of Bohemia. This pilsner is the perfect beer for a fun day out and enjoying your favorite food. 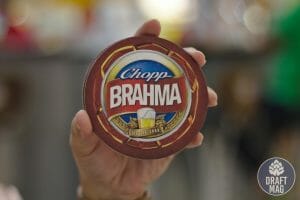 Produced by the Companhia Cervejaria Brahma, Brahma is one of the best beers in Brazil. Almost everyone who stays in Brazil or visits has had a bottle or two of Brahma. This beer is marked by its light golden appearance and rich, creamy head. However, the carbonation is quite low, and foam fizzles out quickly.

It has noticeable fruity notes like grapes and other citrus fruits. When drunk, Brahma is quite sweet but not in an overpowering way. The taste is quite refreshing, although it can be classified as watery and somewhat bland. It leaves a decent mouthfeel and dry aftertaste.

Brahma is that go-to beer for relaxing after an exhausting day out. It has a nice sweet taste but doesn’t do too much. Its 5 percent ABV leaves you with a slightly warm yet fuzzy feeling. 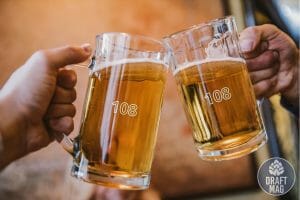 If you’re a lover of strong beers and need one that’s a knockout, Invicta 108 can perform that job nicely. Packing a whopping 10.8 percent alcohol per volume, Invicta 108 is not for the lightweights. One unique quality of the Invicta 108 is its remarkable, almost pitch black, color with a thin foamy head.

The aromas are simply top-notch as you get a mix of vanilla beans, licorice, roasted coffee, and even hints of chocolate. When drunk, it first gives a sweet impression, giving way to a strong bitter taste that lingers for a long time. You definitely won’t miss the metallic alcohol hint that comes with its high ABV.

We recommend Invicta 108 for adventurous beer lovers who love knockout beer. Due to its very high ABV, Invicta 108 is not that beer to reach for if you’re out drinking alone. 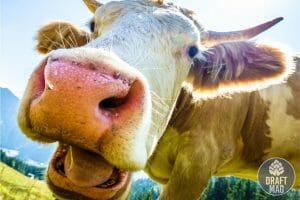 Green Cow IPA is true to its American IPA origins. Produced by Cervejaria Seasons, this western-style IPA is one of the best beers to have in Brazil. It has an appealing clear color and a nice foamy head that’s quite thick and creamy.

There are no floral or citrus hints. Instead, what you get is a rich maltiness that’s accompanied by a nice hop finish. It has a crisp, clean profile and is generally a nice drink. However, it is slightly more expensive than other regular beers.

To say it briefly, Green Cow IPA is a beer without fuss. Just plain refreshing and has a rich hop finish that makes for a true IPA from the USA. 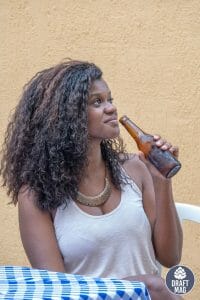 Itaipava is one of those beers that are just extremely drinkable. Although it lacks quite a bit of character, Itaipava has a bright golden appearance when poured into a larger glass. It has a strong hint of roasted grains, cereals, and malt.

This Brazilian lager beer has a clean taste and strong, crisp mouthfeel, but it lacks any unique aftertaste and is a bit more on the watery side.

One word that can suitably describe Itaipava is that it is a simple beer. It lacks character and can be easily forgotten. However, it makes for an easy drink on sunny days, especially when it is cold.

Perhaps one of the most popular beers in Brazil, you can find Skol at almost every bar and eatery, and its adverts are almost everywhere. Skol is another easy-drinking beer that’s great for light drinkers and beer beginners.

It has a crystalline appearance that’s quite appealing. There are hints of grains and malt that makes for a nice, enticing aroma. However, it is quite basic and only has a clean taste. Nothing extraordinarily great, but it isn’t unpleasant either.

In short, if Skol isn’t freezing cold, it can be quite basic. However, it is great for people who like a simple, clean-profiled pale lager. 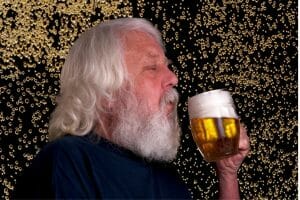 Xingu Gold Beer is another favorite among Brazilian drinkers. It is distinguished by a bright golden color and a thin layer of foam that quickly dissipates. Xingu has a nice, appealing grainy aroma. When drunk, it has a clean taste with almost no discernable floral or grassy note.

There’s no distinctive character that leaves you wanting more. For all it’s worth, Xingu Gold Beer is much nicer when it is drunk cold. It has a thirst-quenching quality and a clean profile but lacks any unique taste. 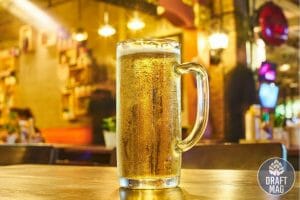 If you’re looking for a beer that will give you the warm alcohol buzz, grab a bottle of Colorado Indica. This beer contains 7 percent ABV and is quite a remarkable English IPA. It has a rich foamy head with a fairly good lacing and enticing clear color. It smells of grains, cereals, and malts.

Here are some expert answers to your questions regarding Brazilian beers.

– What Is the Most Popular Beer in Brazil?

The most popular beer in Brazil is Skol, but several options are also as popular as Skol. You can go for Brahma, Antarctica, and Itaipava, among others. These beers are quite popular among beer lovers partly because they’re easily available and are sold at almost every bar, grocery store, and liquor store. Another fact that makes them very popular is their low price.

The beer styles you’ll easily find are the pale lager, Pilsner, IPA, and stout. In fact, many beers in Brazil are often pale lagers or pilsners. However, craft beer is quickly gaining popularity among beer lovers in Brazil.

The best craft beer in Brazil is perhaps the Colorado Indica IPA. This beer is produced by Cervejaria Colorado, one of the most reputable craft breweries in Brazil. Other popular choices include Morada Hop Arabica, Wals Session Citra, and so on.

– How Do You Ask for a Beer in Portuguese?

It is pretty easy to order a beer in Brazil like a local, just say “Uma Cerveja se faz favor.” which translates to “One beer, please.” You can also say “Uma cerveja por favor.” They both mean the same thing.

– Do People Drink a Lot in Brazil?

Yes, people drink a lot in Brazil and you can find a large number of craft, micro and macro breweries in the country. It’s no wonder that they’re the third-largest producer of beer in the world.

The history of beer in Brazil dates as far back as the 19th century. It is reputed that breweries started developing and producing beer in the 1830s, with Bohemia being the first beer. It was produced in the city of Petropolis, Rio de Janeiro, in 1853.

Several breweries also started production during the same period, with some going on to become successful while others simply stopped production. It wasn’t until the 1880s that Brahma and Antarctica brands were introduced into Brazil’s beer-brewing scene. In recent times, several other successful beer brands have launched and started production.

There’s no doubt we’ve extensively discussed the best beers to try out at least once in Brazil. Here is a summary of the points discussed:

Now that you have an idea of the best beers to try out when you’re in Brazil, you shouldn’t have a dull moment on its sunny streets and animated nights. Of course, the best beers are not limited to our list as there are a large number of alternatives you can always try out.