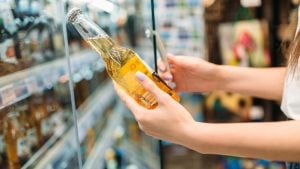 Picking the best beer for beginners can be tricky. Due to the wide variety of beers sold, finding the right beer for non-beer drinkers or someone about to take their first sip can be pretty challenging.

That first sip can be a make-it-or-break-it moment for first-time beer drinkers, so if you’re about to take your first sip of beer, we’ll take all that pressure off your shoulders.

In this article, we’ll help you select the best beer for your first drinking experience.

Whether you’re trying out beer for the very first time or you’re just not a massive fan of the drink, here are the top five best beers recommended for beginners:

Corona Extra is a very popular brand of beer known for its crisp taste. It is easy to drink and is an excellent choice for beginners and non-beer drinkers because it is pretty light and contains fewer calories and carbs than other beer brands.

Do note that Corona Extra has an alcohol concentration of 4.6 percent and contains about 14 grams of carbs and 148 calories. You can choose to pair it with a wedge of lime to give the beer a citrusy taste.

Bud Light is another great choice for beer beginners and non-beer drinkers. It has a light flavor and fruity aroma that hints at malt and hops. Bud Light is perfect for beginners looking to have their first sip of beer.

Guinness is a highly recommended choice of beer for beginners and non-beer drinkers alike. It gives off subtle hints of coffee, chocolate and malt. Guinness has a creamy flavor and smooth taste, making it an excellent option for beginners who want to try out dark beers.

Coors Light gives off a refreshing and unique taste and is well known for its versatility. For beginners and non-beer drinkers, Coors Light is a great way to enjoy the smooth taste of beer without the usual bitterness associated with the drink.

Blue Moon is another beer that most beginners and non-beer drinkers find interesting. It is produced with orange peels to give it a citrusy taste and flavor.

How to Select the Best Beers for Beginners: Useful Tips to Consider 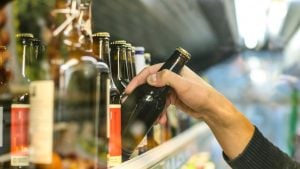 As a beginner, the key to selecting a good tasting beer is all about experimenting. Although some beers are trendy, they might not be the best for beginners.

To choose the best beers for a beginner, you have to take note of the following:

Before deciding to try out beer for first-time drinkers, you may have heard certain myths about beer that some people swear are true. Before trying out your first beer, you’ll need to correct those wrong perceptions about beer so that you can enjoy every sip without fear.

You may have heard that beer will surely give you a beer belly if you drink a lot of it, but remember that beer isn’t the only drink that can give you the so-called “beer belly.” Any drink that contains a high amount of calories and carbs might add a few pounds here and there; even wine and cocktails will make you gain weight because they have more calories. With that being said, drinking in moderation is key here.

This is one of the most believed myths about beer, but it might surprise you that it isn’t necessarily true. Contrary to what many people believe, serving your beer extremely ice-cold can do the exact opposite of fun. It can numb your taste buds and prevent you from really experiencing its aroma, texture, and flavor. Your beer doesn’t have to spend days in the freezer before you can enjoy it.

Indeed, taking any drink in excess is bad for your health, and beer is no different. Your body’s metabolism is the deciding factor. Drinking beer doesn’t automatically cause harm to your health. As long as you drink responsibly, you won’t have any issues, not even a stomach ache.

– Myth #4: Dark Beer Is Heavier Than Other Beers

Dark beer is not heavier than other beers. As a beer beginner, you might have had people tell you to avoid dark beer because of its intensity. Again, this is simply not true, and some dark beers even have a lower alcohol content than some craft beers.

Dark beers are only dark because of the malt roasts used in their production. It has nothing to do with its intensity or alcohol content.

Types of Beer: Ale and Lager

There’s an overwhelming amount of beer on the market, making it daunting to pick the perfect, good-tasting beer for beginners. To know the right beer for beginners, you must first understand the different types of beer.

There are mainly two types of beer:

This type of beer is produced through a fermentation process that works at warmer temperatures. Due to this, the yeast for fermenting the beer settles at the top.

Lager beer is the type in which the yeast used in its fermentation settles at the bottom of the beer. Most lager beers you’ll find are light-tasting beer and are a great option for first-time drinkers.

More About Styles of Beer: All you Need to Know

There are different styles of beer under the two main types of ale and lager. These styles are classified based on their distinct taste, aroma, and texture.

There are many types of Ale, and it can be pretty confusing, especially when you want to make a choice like this. Some of the most popular beers you’ve heard of fall under this category, including:

These are easy beers to drink. However, they have stronger flavors and aromas and leave a long-lasting taste in the mouth. If you want to try some craft beer for beginners, you should consider choosing a pale ale. Most pale ales have an alcohol content of between 4 – 6 percent.

Stouts often have a richer aroma and flavor. However, they are usually darker in color and have fewer hops in their composition.

Indian Pale Ale is quite different from other ales because they’re more bitter, contain more hops, and have much higher alcohol content.

Belgian Ales have so many categories that it is hard to establish its specifics. They come in many varieties, have different alcohol content levels, and different amounts of hops.

As the name suggests, English Bitter Ale is bitter but has a moderate aroma and less carbonation when compared with other ales.

On the other hand, Lagers have less pronounced flavors and aromas. If you’re ever in need of beer with a refreshingly clean taste for your first drink, then you might want to go for a Lager.

The most popular Lagers are:

These are the most common types of Lager beer. They’re very pale beers that usually have a golden-yellow color and are best served refrigerated. This is considered to be the easiest beer to drink.

Dark lagers have been in circulation long before pale lagers. This beer style is usually reddish, brown, or amber in color and can almost be likened to stouts.

Pilsner has its origin in the Czech Republic and is also a pale hoppy Lager. They’re delicately bitter, contain a lot of spicy hops, and have a thin, crisp taste.

Other styles of Lagers include Helles, Dunkels, Bock, and craft beer. They’re all known for their crisp taste and clean aroma. Lager beers also contain fewer flavors than their ale counterparts.

Craft beers are one of the lightest Lager beers you’ll find. Any craft beer brand will certainly be the lightest tasting beer you’ve ever had. For example, many popular beers like Corona Light fall under this category, although you’d still find some that follow the Ale style.

Most Common Ingredients Found in Beers: What Exactly Are You Drinking?

Almost all beers have the same or some predominant ingredients in their composition.

There are four primary ingredients used in most beer production, and these are:

Like most drinks, beers contain a high percentage of water, which makes up about 95 percent of most beers. However, not just any type of water will work for brewing beer. Treated or conditioned water is best, and the minerals found in these waters contribute to the taste of the beer.

Yeast is another primary ingredient for brewing beer and helps to convert sugar to alcohol during the beer fermentation process. Most brewers use either top-fermenting yeast or bottom-fermenting yeast to produce Ale or Lager beer, respectively.

Hops are mainly used during beer brewing to enhance the flavor and aroma of the beer. They also act as a natural preservative and provide a bitter-like balance for the barley malts’ sweetness. Hops also act as a protective agent for eliminating microorganisms that can cause undesirable changes to the beer.

Barley malts are the primary source of starch and sugar found in beers. They’re also used to produce different colors in beer, depending on their roasting duration. 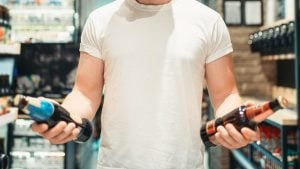 Drinking beer as a beginner doesn’t have to be a scary experience. With the right knowledge and advice, it can be an enjoyable one.

As seen from the points highlighted above, drinking beer for the first time isn’t as scary as it seems. A good beer can be a fun way to enjoy your evenings, and all it takes is knowing which beer is perfect for you.