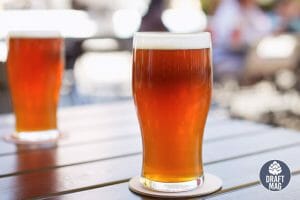 Oskar Blues Brewery in Colorado, US, started their Can O Bliss IPA series with the Can-O-Bliss Tropical IPA. The beer is brewed with carefully selected hops, giving it a rich blend of flavors. This complete review will provide details on its appearance, taste, aroma, nutrition facts, and ingredients. Keep reading as our experts also discuss the beer’s history and possible food pairings.

The style of this beer is that of an American IPA (India Pale Ale). Below is a review of its complete characteristics.

Generally, American IPAs appear from clear to hazy. In a beer glass, the Can-O-Bliss tropical IPA appears cloudy with a sunset-orange color and a moderate white head. It has decent head retention and some pretty lacing.

The beer has a rich hoppy aroma. The aroma combines citrus and tropical fruity notes of mango, pineapple, and blueberry with piney hints. The fragrance pool is derived from the beer’s variety of hops like Mosaic, Azacca, Galaxy, etc.

It is a medium-bodied beer with a juicy feel and enough carbonation that springs the beer on the tongue and palate. It begins with unraveling the sweet blend of flavors with a slight bitterness on the backend and finishes dry.

Can-O-Bliss double IPA has a variety of hops with a simple malt note. The aroma and bitterness in this beer come from the food-friendly hops.

It has a load of punchy tropical flavors which ends with a slight bitterness. The rich flavor results from the beer’s hop varieties, giving it a blend of grapefruit, passionfruit, peach, and mango with floral attributes.

The beer is a perfect pair with fatty and rich dishes. The reason is that the hops here do the same job as the carbonic acid in the lighter beers, cleansing the palate of over-intense aromas.

Almost every dish has the perfect beer pair based on hops, water, and malt. The aim of every beer and food pairing is for both to inspire each other. As a result, the sum of the two ultimately creates a unique taste experience. Also, spicy, hot, and sour foods are excellent companions to this beer.

You can give it a trial with risotto or pasta with spicy condiments and soups. The beer also goes well with boiled, smoked, baked, or roasted fish, including other seafood. In addition, the beer pairs well with Mexican cuisines, Indian curries, fries, burgers, and blue cheese. You also get a pleasant experience pairing this beer with desserts and sweets as these foods balance its bitterness.

Pairing this tropical IPA with pizza is inevitable, where the aromatic notes of oregano and garlic travel ideally with the citrus fragrances of this beer. The floral notes of Can-O-Bliss tropical IPA make it travel smoothly with the aroma of smoked, grilled meats like bacon. This hoppy beer also complements chicory, asparagus, and other vegetables.

Can-O-Bliss tropical IPA is brewed with five varieties of hops and other essential beer ingredients. They include:

These hop varieties contribute to this beer’s rich flavor and aroma.

A 12 Fl.oz can of Oskar Blues Can-O-Bliss tropical IPA contains about 230 calories, 16g of carbohydrates, and 1.5g of protein. These values imply this beer is high in calories and carbs. Thus, it’s not a beer of choice or regular consumption if you’re watching your weight.

What’s more, it has 7.2 percent alcohol content and is high compared to light lagers. Hence, be wary of this beer, as a few bottles may get you boozy. Also, excess alcohol intake may limit the result of your weight loss program.

In addition, the beer’s IBU is 68, which is within the range of a typical American IPA. With this value, you’ll taste the beer’s bitterness, although it’s not too strong, thanks to the rich hoppy blends. This beer also contains sodium, a micronutrient for muscle and nerve conduction. However, this beer is void of fats, Iron, cholesterol, and vitamins.

Can-O-Bliss tropical IPA is the pioneer beer of the Oskar Blues Brewing Company’s Can-O-Bliss IPA series. Oskar Blues was established in 1997 as a brewpub in Lyons, Colorado, US. Later, in 2002, the company was among the first set to craft brewers to package beers in recyclable cans.

Furthermore, the brewery’s first canned beer was Dale’s, followed by Pinner, Old Chub, and many other beers. Then in January 2019, Oskar Blues Brewery started the Can-O-Bliss IPA series with the American-style IPA, Can-O-Bliss tropical IPA.

This beer is a rich blend of five hops, including Mosaic, El Dorado, Idaho 7, Azacca, and Galaxy, giving it a pleasant pool of tropical fruity flavors. Later in 2019, the Can-O-Bliss IPA series expanded with two additional products, Can-O-Bliss Hazy IPA and Can-O-Bliss Citrus IPA. All products of the series are available in 12 Fl.oz cans.

Are you looking for a hoppy beer with a high ABV that is juicy and has a pool of tropical fruity flavors? Then beer, this is for you. Here are the key points to note from this review: 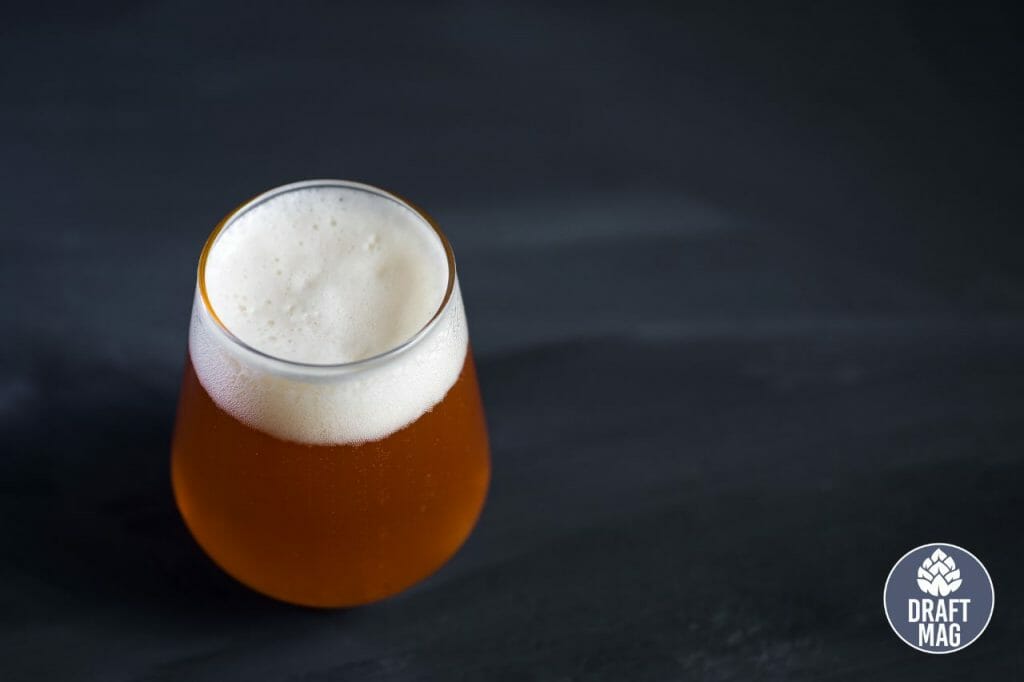 It is essential to follow the serving temperature to unravel the beer’s rich flavors, and don’t forget to accompany the beer with the pleasant foods discussed in this review.