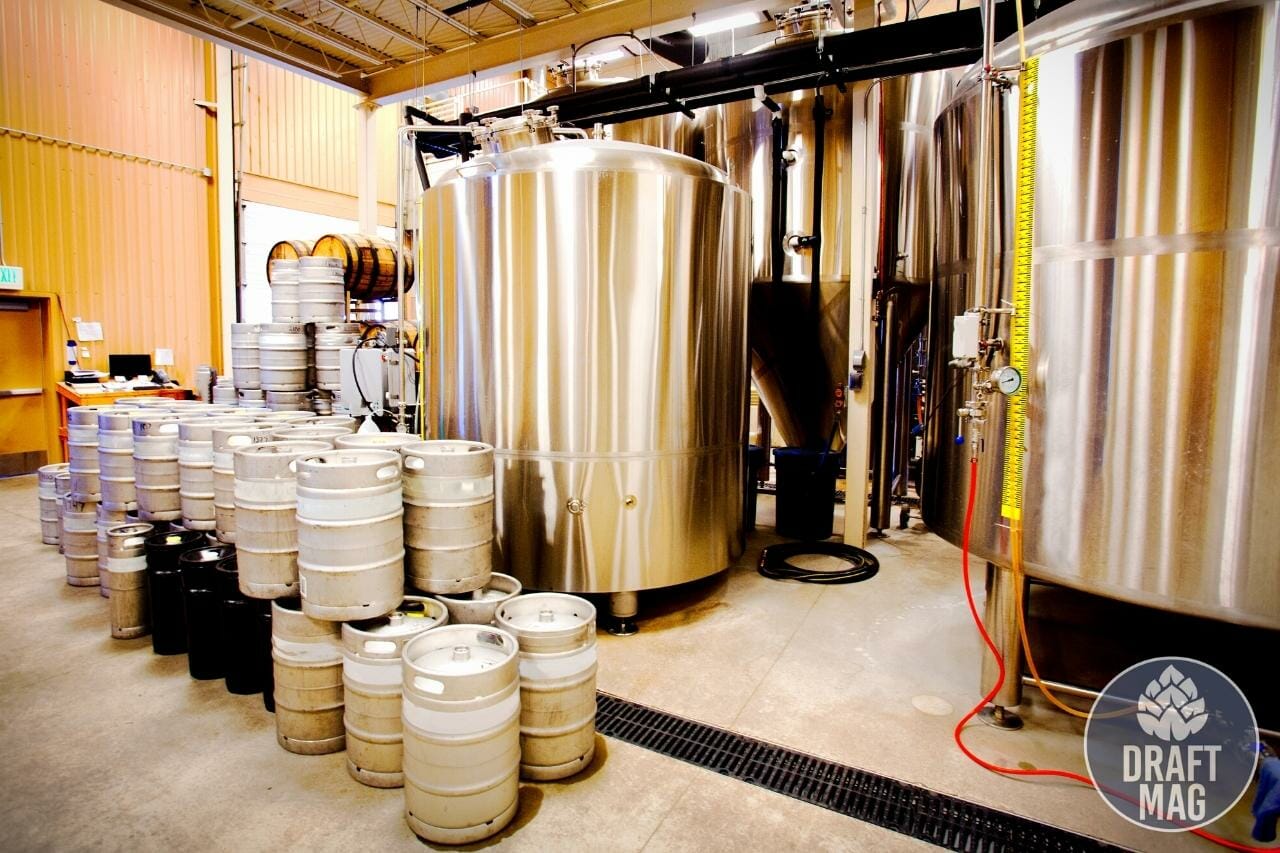 If you’re looking for Columbus breweries in Ohio, you’re a beer enthusiast who wants to enjoy the beer scene in this city.

The city has way more to offer than mass-produced beer, especially with the vibrant craft breweries, distinct styles, and unique flavors.

When you visit Columbus, you might hear of famous names like Hoof Hearted, Wild Ridge Brewing, Columbus Brewing Company, and more. After diving into the beer scene, we have compiled the best breweries in the city for all connoisseurs, so continue reading below.

When in Columbus, there are different breweries, taprooms and pubs you can visit in and around the city. Here are the top 15 breweries in Columbus offering something unique to locals, tourists, and beer enthusiasts.

Hoof Hearted is topping our list of the top breweries in Columbus Ohio, known widely for having artisanal beers and a fun environment for all beer lovers to feel at home in. It was based in Marengo before opening a taproom in Columbus and stands out from others with the funny names of the beers on their tap list.

If you’re looking for a brewery that focuses on fun and top-quality brews simultaneously, you should check out Hoof Hearted. The Roller Blabe Imperial IPA is one of their top beers, and they are known for putting witty and weird descriptions beside their brews. The Saizzurp farmhouse pale ale is another top choice.

Seventh Son Brewery was founded in 2013 and is now widely known in Columbus as a hot spot for anyone looking for a vibrant brewpub. It is situated in a former garage space, giving the place a rustic look. Their customers can sit in the patio around a fire pit while enjoying their brews or stay in the industrial-designed bar indoors.

There is also a beer garden behind the bar where you can enjoy your beers with other enthusiasts on communal tables. Some of their exceptional beers include the Humulus Nimbus strong pale ale and Proliferous double IPA.

Taking the third spot on our list is Platform Beer Co, which initially opened in Cleveland. The Columbus site opened in 2016 and is now a must-visit spot when visiting breweries in Columbus. Platform is a brewery, tasting room, and patio, allowing customers to drink their beer inside and outside. It features a stylish industrial design.

There are over two dozen taps available at Platform, so the only problem you will have is which beer to choose. It also features a spacious interior and is usually busy, so meeting new people is great. Check out the beers in their Kettle Sour Series whenever you visit.

Land Grant Brewing is another impressive Columbus brewery, and its location in East Franklinton contributes to its vibrant and creative vibes. They offer more than just beer, as you can visit for Columbus crew soccer games and even get a collectible trading card whenever they release a new brew. It has also won an award as the best 2021 Columbus brewery.

At Land Grant, you can enjoy regular new releases and diverse flavors. They also have unique collaborations with other breweries and small businesses in Columbus. You can check out their year-round beers like Oh Sure IPA and House Beer when you visit.

If you’re looking for a brewery in Columbus Ohio that is also a popular dinner spot among locals, plan a visit to Wolf Ridge Brewing. The acclaimed brewery will impress you with its wide variety of beer styles, flavors, and even strong brews, all made out of their fun experiments.

Whenever you’re in Wolf Ridge, you should try out the Day Break cream ale, which features hints of coffee and vanilla, or the Espresso Milk Stout, a brilliant combination of coffee and beer. The family-owned brewery also distributes its beer throughout Columbus, so you can visit their taproom or look for it in stores.

If you’ve ever asked about the beer scene in Columbus, chances are that you’ve heard of Brewdog. This is one of the most popular locations in the city to enjoy a beer, and they rise up to expectations too. The industrial-chic aesthetic in the taproom looks rough and rustic, the opposite of their beer styles.

You can expect a lot of fruity, floral, crisp and flavor-packed beers at Brewdog, and once you get familiar with their beers, it’s easy to recognize that unique profile anywhere. Their hazy IPAs are the most popular in Columbus, so check out Hazy Jane and Elvis Juice.

North High Brewing Company is one of the earlier breweries in Columbus, but it is still standing strong today as a top site. When Tim Ward and Gavin Meyers founded it in 2011 and opened it in 2012, it was the seventh brewery ever open in this city.

After a decade, North High still offers delicious brews on tap, and their dedication remains unwavering. The North High taproom is a popular destination among locals after working hours. You can visit the pub in Short North to enjoy their IPAs and hoppy ales. 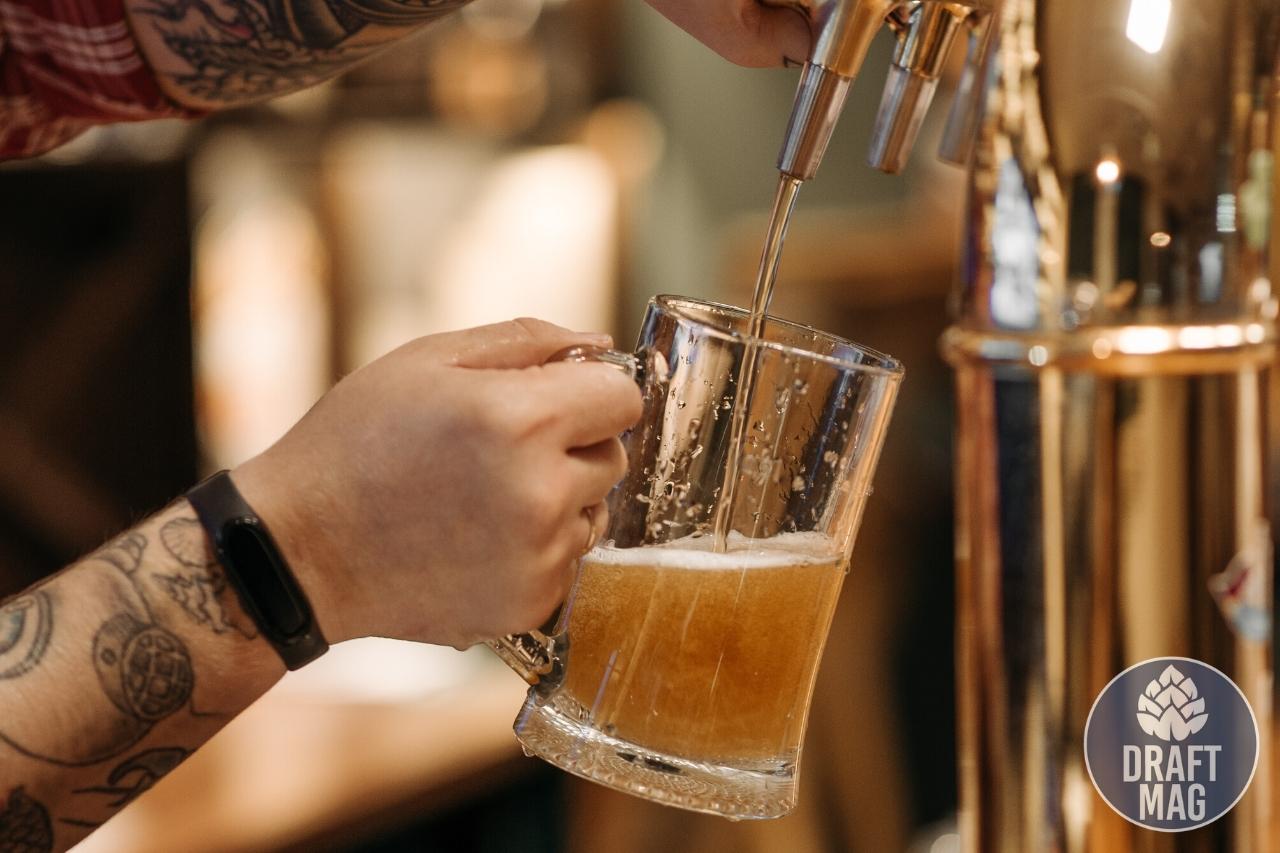 Although not exactly in the city, this list won’t be complete without Nocterra, one of the top breweries near Columbus Ohio.

It is located in Powell, Ohio, and is a must-visit destination for a beer tour. Luckily, the cities are less than thirty minutes away from each other.

At their taproom and beer garden, you can enjoy spending the afternoon with fellow beer lovers. The brewery makes a beer for everyone whether you’re interested in sour beers, hoppy IPAs, flavor-packed lagers or even hard seltzers. Combine this with the ambiance, and you have the perfect beer scene.

Next on our list is the Columbus Brewing Company, one of the busiest places to enjoy beer. When they’re not making new releases, they organize beer events to keep their customers engaged. Their taproom is described as an industrial oasis, but it has a sleek and modern look.

You can order draft beer or take your beer to go, and they have an extensive menu of dishes that go well with their beer. Their top beers include Columbus IPA, Creeper, Citra Noel, Bodhi and Thunderlips. They also have wines and cider on their menu.

Pretentious Barrel House is where you visit when looking for something unique and delicious. Since it was founded in 2017, the brewery has focused on making beers along the sour spectrum, so you can visit them if you’re interested in some sour beers.

Zaftig Brewing Co. is another recommended brewery that you should add to your list when visiting Columbus. It is located in Worthington, another Ohio city fifteen minutes away from Columbus, and since it’s close enough, it made our list. It was established in 2013 and prides itself in being the only craft brewery in Worthington.

They have a wide range of beers on tap, but you’ll especially like the hazy brews like Juicy Lucy and Hazy Miss Daisy. Other beers include the A-Crop Backlight, BamBaLam Stout, and Heavy Hearted Amber. You can enjoy the beers with the dishes on their menu in their dog-friendly taproom.

If you’re looking for beer brewed in Columbus and some rich history, you should visit Rock Mill Brewery. The family-owned company was first founded in 2010, making it another long-running brewery in the city, and it’s located in a 19th century horse farm. The farm was once a tavern and stagecoach shop.

You can enjoy their Belgian-style farmhouse ales, and some of the top choices include Saison Noir, Petite Saison, Dubbel, Cask Aged Tripel and Saison. Pair the delicious, flavor-packed beers with gourmet snacks, wood-fired pizzas and sandwiches.

Established in 1992, Barley’s Brewing Company is Columbus’ longest-running and oldest operating brewpub. Over the years, their ales have won multiple awards and increased in popularity among people in Ohio. The brewing company is located in the heart of Columbus, with a taproom on the second floor where you can play vintage arcade games.

There is also an event facility and a kitchen to enjoy delicious foods with your beer. Check out the Blood Thirst Wheat whenever you visit, and other top brews include Blurry Bike IPA, Pale Ale, MacLenny’s Scottish Ale and Bourbon Meyere Buckeye.

Next on our list is Sideswipe Brewing, an independent microbrewery in Columbus. It promises only top-quality ingredients used to make their unique brews and features a taproom in Scioto Harper drive, open from Wednesday to Sunday. They also organize exciting events on Saturdays.

As one of the top craft breweries in Columbus, Sideswipe offers the craft beer vibe in its taproom. You can enjoy their beers indoors or outdoors in their quiet industrial space a few minutes from downtown Columbus.

If you want away from the hustle and bustle, this is the place to be. Their popular beers include the Fisticuffs, Pixelated Sun, Coop Looter, Elegant Hoodlum and Squashing Pumpkins.

Endeavor is the last brewery on our list, describing itself as the first brewstillery in Columbus, Ohio. They locally brew a variety of beer styles inspired by brews worldwide, but you can also enjoy their wood-aged spirits if you want something new.

Their taproom is open from Tuesdays to Sundays, and they have a story behind every beer from different countries. You can check out their New World IPA, Export Stout, Tripel, Latin Lager and Old World Wit.

Columbus is widely known for taking its brewing culture very seriously, so if you visit this city, the problem would be picking just one place to go to. The exciting city has a vibrant craft beer scene and diverse beer styles, whether you’re looking for hazy IPAs, Belgian-style brews, internationally-inspired beers, flavorful lagers and more. 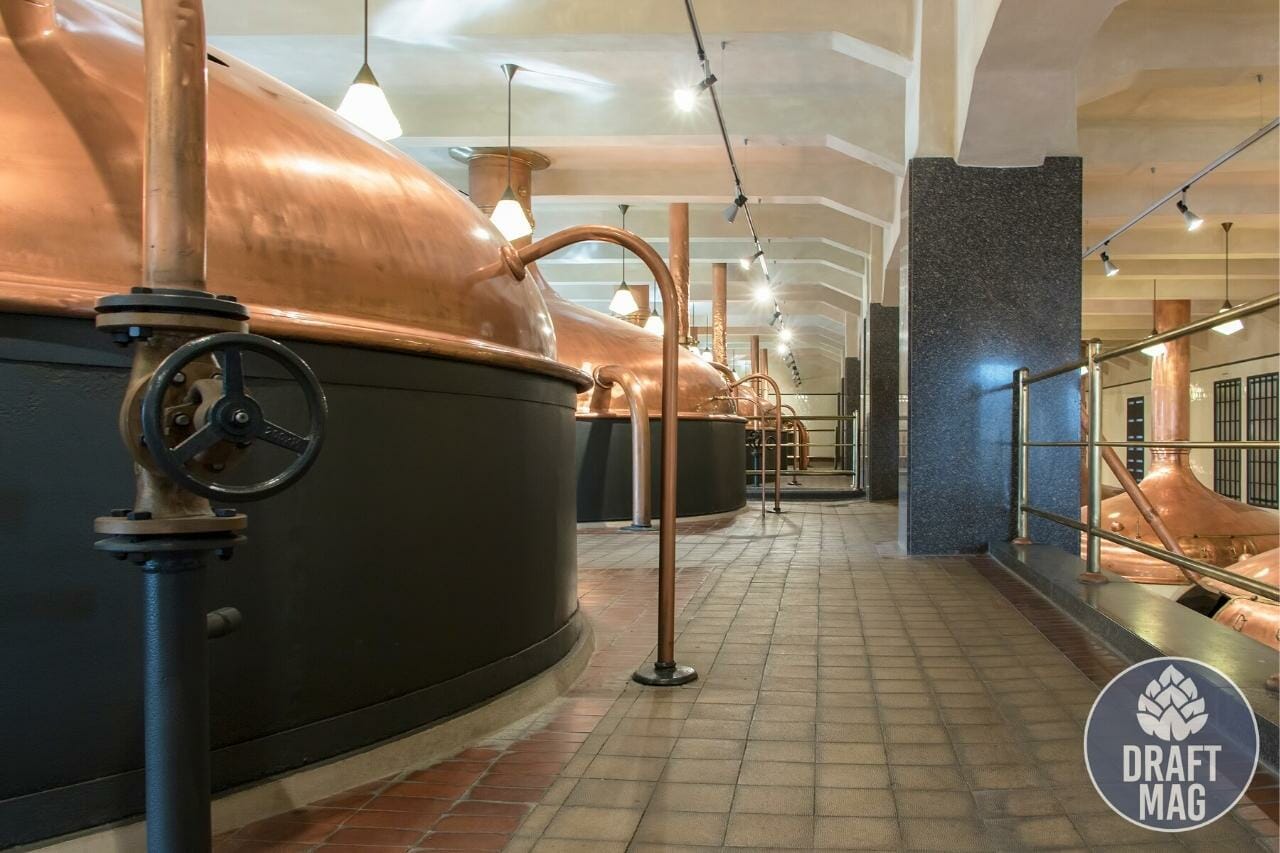 Whenever you visit Columbus, you can check out these top 15 breweries on our list. There’s always something for you in this city, regardless of the ambiance, taproom style, and type of beer you’re interested in.

You can easily plan your beer tour in Columbus with our complete and handy guide!