Dragon Stout is a Jamaican beer known for its rich creaminess and malty essence. Produced by Desnoes & Geddes Limited, this stout has won many beer lovers over with its combination of brown sugar, a variety of malt, and a fruity and chocolate aroma.

Despite its 7.5 percent ABV, this beer is described by many as unique and worth drinking. If you are looking for an expert opinion, we’ve curated this review with an unbiased breakdown of everything to know about this beer.

If you’ve always been curious to try out this acclaimed rich stout, our review provides a background for you to know if you should go ahead with it. We’ll help you decide if Dragon Extra Stout deserves a spot on your “to-drink” list based on several categories.

As common with stouts, this beer pours a dark brown color that reminds one of Coca-Cola. In fact, a glance from afar may make this stout appear pitch black. If raised to a very bright light, you can easily view the usual ruby hues associated with stouts. 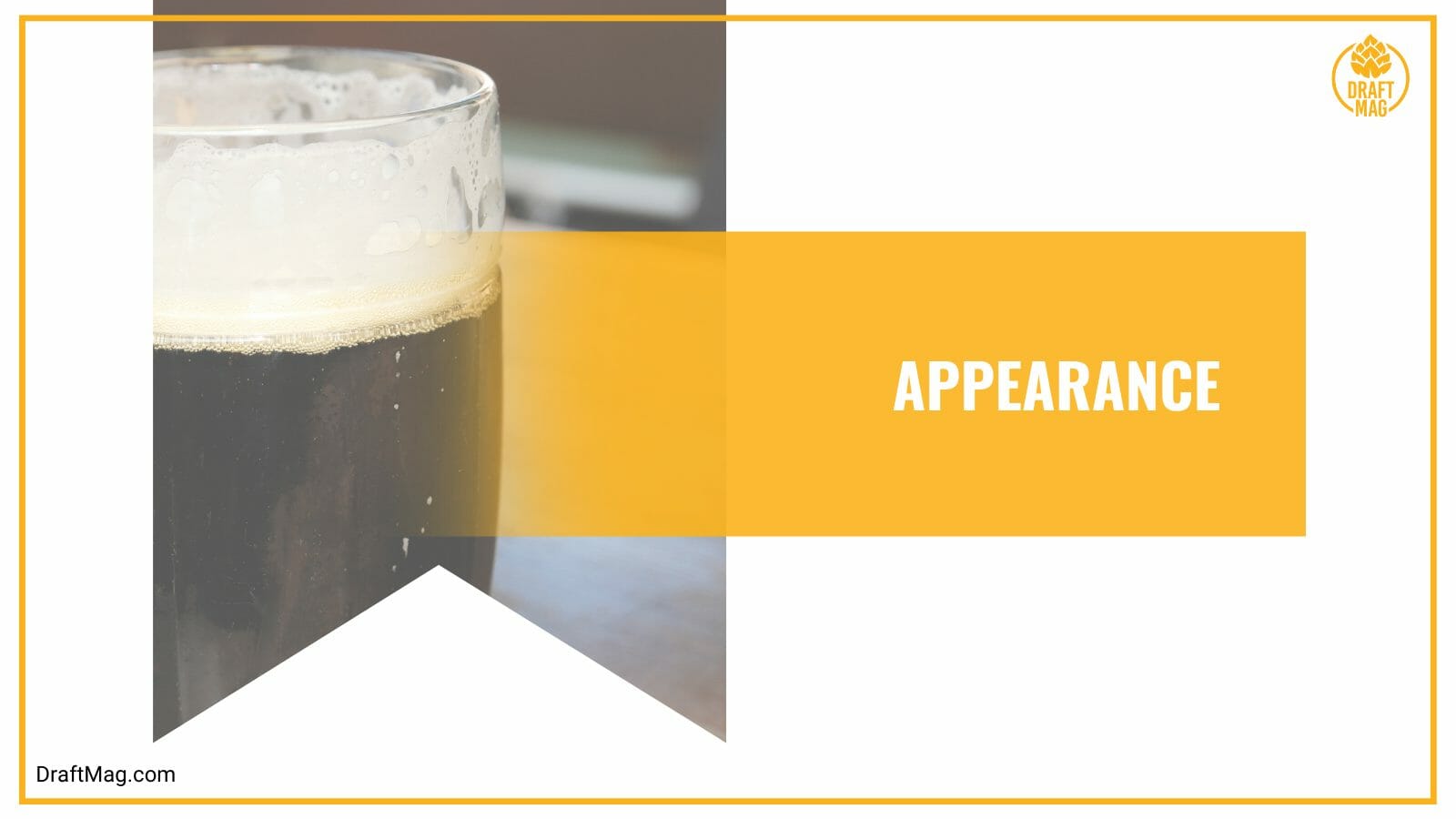 An impressive tan foamy crown about an inch long appears at the top of the glass upon pouring and sits for about a minute before it recedes.

The foam head leaves behind scattered, barely existent lacing sticking to the sides of the glass, especially after every gulp. This beer is lightly carbonated as tiny streams of bubbles can be seen gently working their way through the beer glass. Overall, this stout has an impressive view that kicks up your appetite.

Since stouts are commonly known to have a coffee-like, roasted malt scent, you’re in for a surprise with this beer. You’re first hit by a strong hint of citrus notes reminiscent of cherries, grapes, plums, and pineapples.

There’s also a strong scent of brown sugar, licorice, and hints of vanilla. The more common scents of chocolate, raisin, malt, and dough come through once you get past the initial fruitiness.

All of these make for a wonderful aroma that is finely balanced, with none being more overwhelming than the other. The roast maltiness and cocoa notes remind one of a rich, hot chocolate drink, with the main difference being a strong alcoholic presence that is impossible to miss.

The aroma of this beer is mouth-watering, and whether you’re a new or old beer drinker, it will make you very eager to taste this milk stout.

Dragon Stout beer is a full-bodied beer with light carbonation that is just right for a stout. Because of its low carbonation, the beer is extremely light and is almost flat, although its malty, chocolate, and alcoholic character add depth to its mouthfeel. 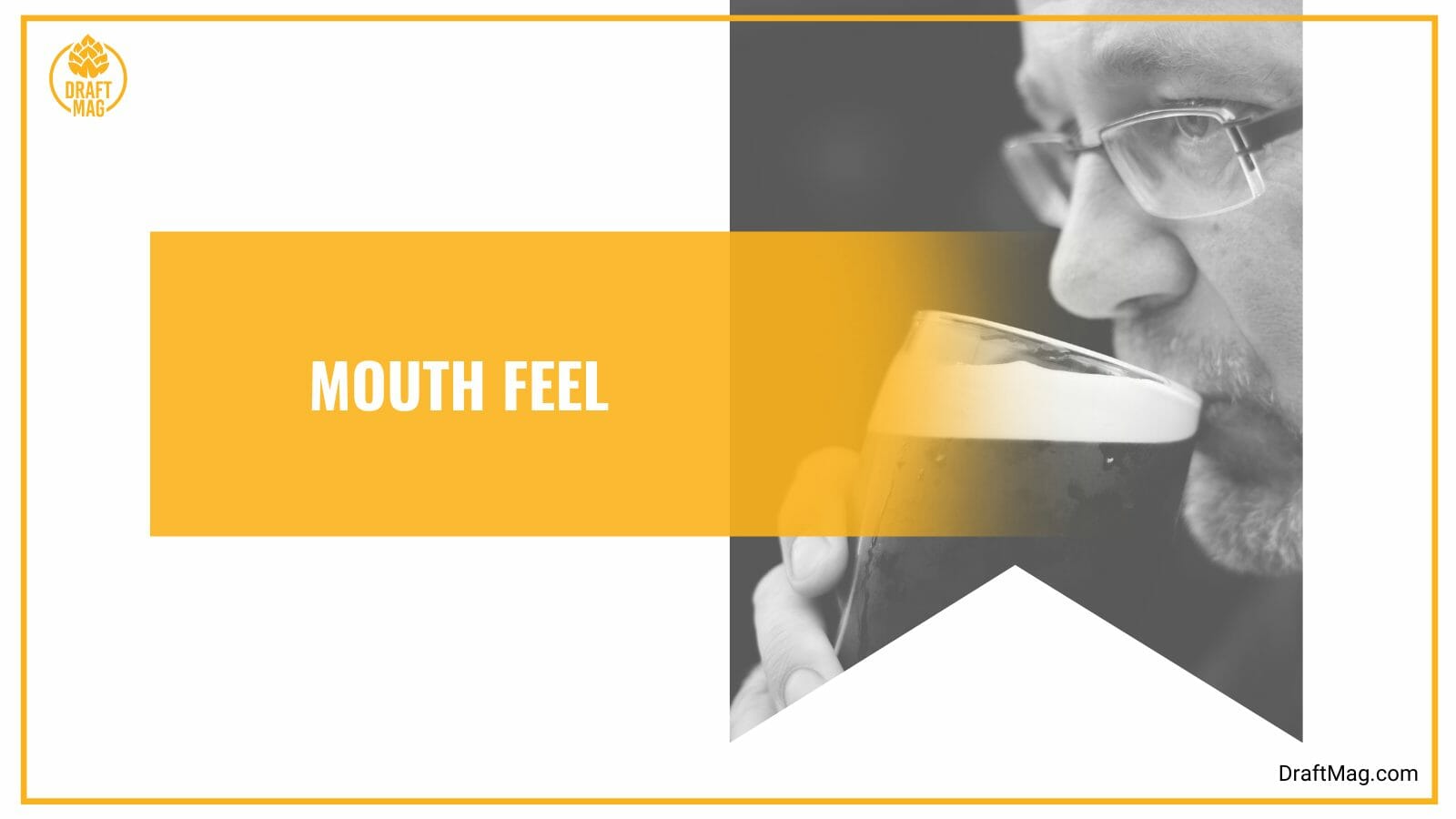 While many would expect a stout to have strong bitterness at the finish, this beer is quite sweet. It appears slightly too sweet for a stout, although this is not much of a problem, especially for new beer drinkers.

Thankfully, a slight bitterness lingers at the finish, even though it is hardly what you’d call a hoppy character. Worthy of mention is its slickness, which may be due to the creaminess of the stout; hence, it doesn’t leave a dry finish. It may be easy to forget you’re drinking a dark stout; however, the presence of an alcoholic warmth reminds you that it is a high-ABV beer.

The flavor profile of this beer is very similar to its aroma. There’s a hint of a fruity flavor that includes pineapple, grapes, cherries, and other dried fruits. There’s also a rich malty flavor of roasted caramel and barley malt. You can also perceive a rich earthy flavor, especially a nice slightly-muted hop flavor.

The alcohol is also very evident. We are impressed with how the flavor profile of this beer turns out. It is unique, especially with the citrus flavors that are not common in many stouts. We also like that although there are various flavors, the beer is still straightforward to drink, and the flavors do not throw drinkers off balance.

Most stouts are known for their malty and chocolatey aroma, taste, and flavor. Hence, they’re unique and slightly more complex than common beer styles like lagers. Because of its malty essence, roasted or smoked meals like chicken, lamb, buffalo wings, and steak are best to pair this stout with. This beer is also an excellent accompaniment for meals like barbecue or grilled dishes. 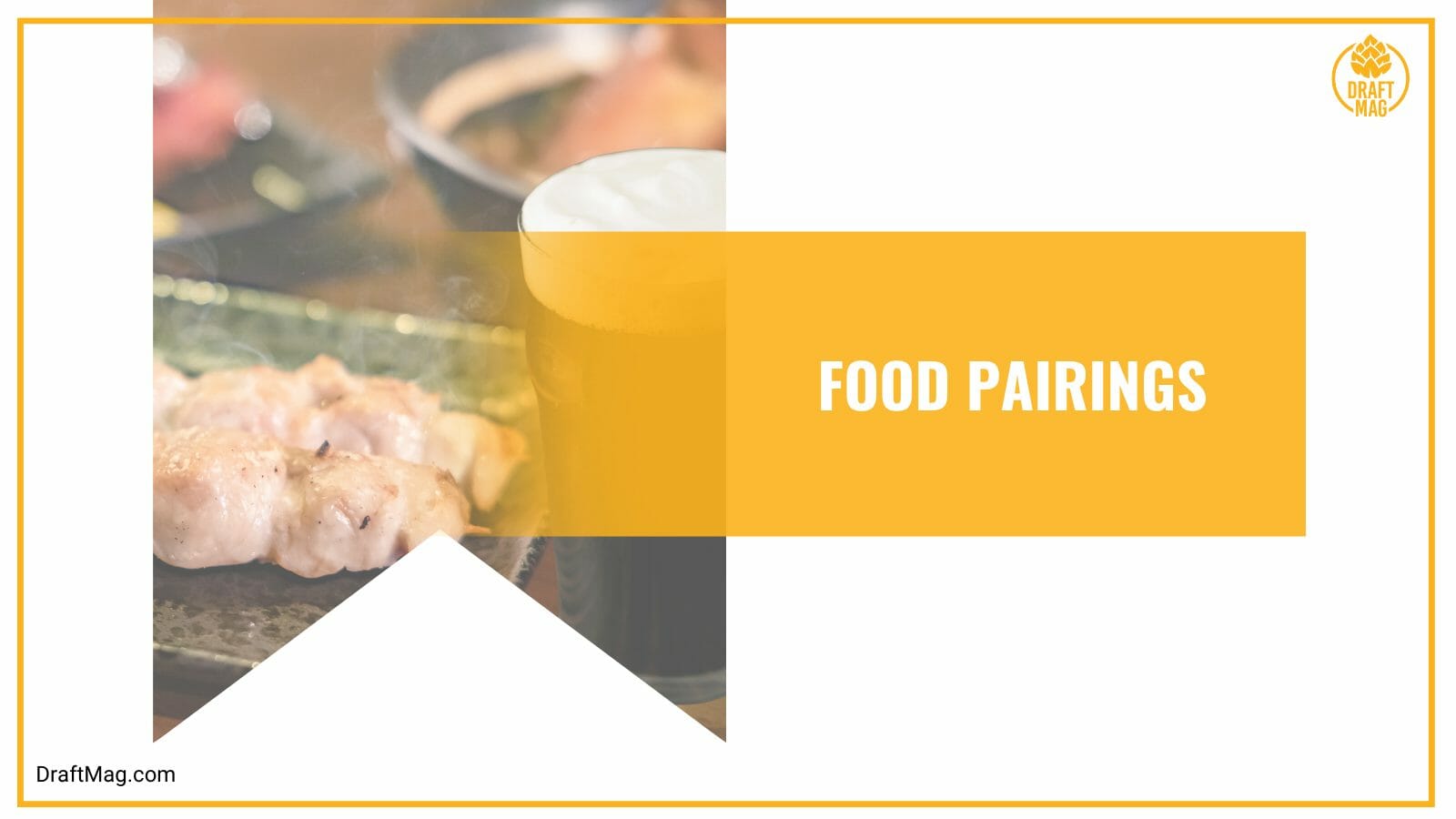 Seafood is another great option to try out with this beer, especially oysters, fried fish, and shellfish. You can pair your beer with a rich broth, stew, and rice.

Although stouts are often known to be full-bodied, this Jamaican beer is made from simple ingredients. These include water, hop extract, 2-row European malts, caramel and roasted malt, brown sugar, and yeast. It may also contain glucose syrup, ammonia caramel, coffee, and citrus notes.

This stout beer contains 220 calories, 17 grams of net carbs, zero grams of protein, and zero grams of fat. It has an alcohol volume of 7.5 percent. Unless clearly stated by the company, this beer isn’t gluten-free. Due to its high malt profile, this beer is rich in antioxidants necessary to help the body fight disease.

The beer is made of 100 percent plant-based products, making it vegan-friendly. If you need a Keto-friendly beer, this stout may not be a great choice as it contains many carbs and calories.

Dragon Stout has existed since 1920, making it one of the oldest beers in the beer market. Desnoes & Geddes Brewery Limited, founded in 1918 by Eugene Desnoes and Hargreaves Geddes, made this beer. 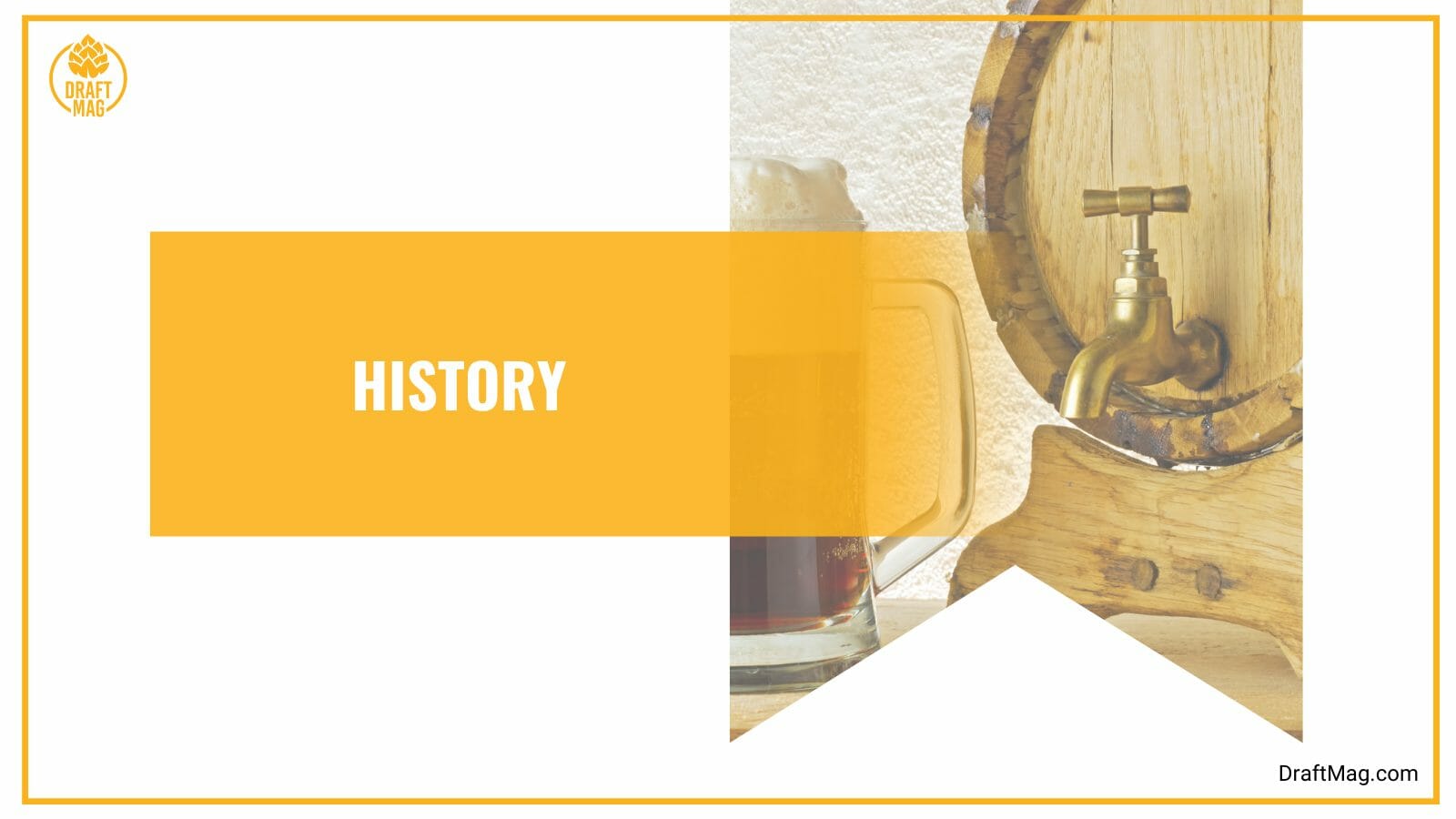 Also referred to as the darker and more potent brother of Red Stripe, it is one of the most popular beers in Jamaica and one of the country’s most exported beers. It is a dark, rich stout with a strong presence of coffee, malt, chocolate, and milk sugar, making it one of the sweetest stouts you’d find in the beer scene.

This beer performs well as a sweet stout would. Here’s a recap of what we discussed in this review:

Even though this beer lacks a certain complexity we expect from stouts, it is a very interesting beer; hence, it comes highly recommended. We especially like that it is one of the milder stout brands, making it the perfect choice for beer drinkers exploring dark beers.