Founders Velvet Rush beer is one of the unique brown ales on the beer scene. It is brewed by Founders Brewing Company and features a splendid mix of coffee, chocolate, bourbon, vanilla extract, and sweet malt that makes for a tremendous bourbon-barrel-aged beer.

With this blend of intricate flavors, it isn’t hard to see why this beer is winning the hearts of beer lovers across the country. In this review, we’ll explore everything you need to know about this beer and if it is truly worth having.

From the appearance to the best food to pair with this beer, here’s a breakdown of our review. With this, you can be sure of what to expect when you decide to try it out.

When poured from its 12 oz. bottle into a glass, the beer is clear dark brown, although it looks reddish-brown if you pay closer attention. It has a reasonably dense foam head that’s off-white.

Also, it has excellent retention, and as the foam dissipates, it leaves a thin head that lingers for a while. The beer leaves lacing around the glass that we describe as quite impressive because it lasts throughout the drinking period.

Once you bring the glass up close for a gulp, you’re immediately hit with solid notes of chocolate, coffee, bourbon, and vanilla. There’s no denying that this is one of the beer’s most incredible attributes that has made it a favorite among beer drinkers.

Aside from these, you can also catch a whiff of sweet malts, roasted notes, and very subdued hints of grains. Surprisingly, there is little or no indication of the whooping 11.1 percent alcohol this beer packs, which we’d say is quite impressive.

If you need a rich, unfiltered beer with an excellent mouthfeel, opt for a glass of this beer. We like that this beer is smooth and easy to drink. Although it seems medium-bodied, we believe it leans more to the light side. For a bourbon-barrel-aged beer, this beer does reasonably well as its rich, pleasant mouthfeel is highly commendable.

Its creaminess and smoothness also make it great, especially for beer beginners or those who aren’t huge fans. Another excellent quality of this beer is the active carbonation that leaves a champagne-like feel on the palate.

This beer shares similar attributes with its aroma. There are predominant hints of chocolate, coffee, vanilla extract, malted grains, and of course, bourbon. This follows through on the taste, where you can ideally experience the richness of these flavors. Each of these flavors is well-balanced and has no extra cloying/overwhelming flavors.

When you pay closer attention, you may discover some woodsy notes that seem slightly muted. You can also make out the bourbon/whiskey notes, although these are well-balanced so that they aren’t noticeable.

The best meals to pair this ale with are those with chocolate and any form of dessert. You can enjoy a cold glass of this brew alongside a chocolate cake, truffles, and cheese. Grilled meat like pork or steak is also a great option alongside apple pie, vanilla custard, and even salted nuts. Although this beer can pair with most foods, you will experience its full taste when it isn’t paired with spicy meals.

The beer is made from water, yeast, malted barley, and hops. For its more complex flavor and aroma, vanilla extract, coffee, chocolate, and milk sugar are added to the mix. This mix is then aged to produce a great-tasting, bourbon-barrel-aged American brown ale.

Surprisingly, this beer packs a high amount of calories. A 12 oz. glass of this brew contains 310 calories and 21.8 grams of carbs. It has zero grams of fats and zero grams of proteins as well. However, it isn’t gluten-free, nor is it peanut-free for those who have nut allergies.

Founders Brewing Co. introduced the beer in September 2021. The beer joins the company’s impressive list of beers as an outstanding American brown ale that is true to form. It is sold in 4 packs of 12 oz. bottles and is available on draft at the brewery’s taproom. It is also available in pubs, retail beer sites, and liquor stores in Michigan City.

– How Many Calories Is Founders Velvet Rush?

Yes, Founders no longer produces CBS but you can still get some of their other beers in stores all year-round, including Solid Gold and Unraveled IPA.

If you’re a fan of slightly sweet, bourbon-barrel-aged beer, then you’d enjoy the Velvet Rush beer. Here’s a quick recap of what we discussed in this review: 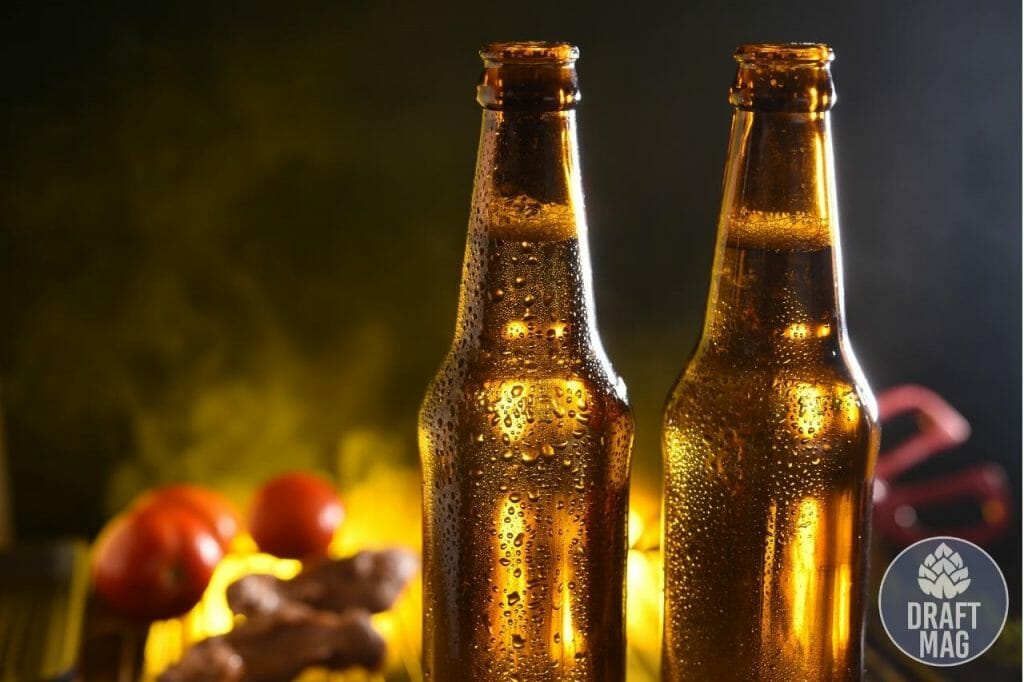 If we’re being honest, this beer solidifies Founders Brewing Co’s authority as a producer of top-notch beers. Nothing is stopping you from trying out this beer, although you’ll have to go easy because the high ABV content is a total knock-out.