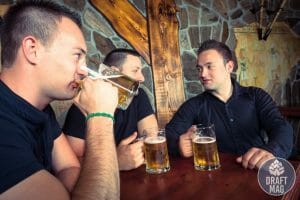 Many Canadian beer lovers have heard of the Freedom 35 beer, whether they are fans of the Trailer Park Boys or not. The classic American lager is a great example of its beer style, giving you a medium-bodied roasted malt and bready taste.

If you’re looking for a flavorful and rich beer to accompany you any day, Freedom 35 lives up to its hype as good execution of the pale lager. This guide closely examines this beer and all you need to know about it.

The Freedom 35 beer has quickly become a popular beer among many people. This is because it is a good execution of the American lager, offering a dominant style of roasted malt, bread, and toffee.

The pale lager was brewed in a collaboration between North American Craft and Trailer Park Boys. It’s a balanced and crisp beer, with only minimal hops character in the flavor and aroma. It’s the ideal beer for a refreshing summer afternoon and feels warm on colder days.

You should serve Freedom 35 in a pilsner glass, although a pint glass or mug will work. It is best served cold to enhance the beer taste. The beer is up to par with some of the best European-style lagers with its vibrant flavor.

Freedom 35 pours bright yellow to medium gold with a cloudy appearance. It has a small white head that tastes creamy but disappears pretty quickly. Due to the carbonation, you will also notice many bubbles rising to the top of the glass. The head leaves moderate lacing to the sides of your glass.

On the nose, the beer has a bold and pleasant aroma. Its smell reminds you of a lager quickly, with an aroma of malty sweetness and slight fruitiness from the hops. The scent is enjoyable and not overly funky, with mild sweet graininess. There is also a peppery hint from the yeast.

Freedom 35 has a light body with medium carbonation that reminds you of a seltzer. Its thick and creamy mouthfeel will make your mouth full, and there’s slight alcohol warming from the ABV. The beer finishes crisp and clean, with little bitterness and dryness. There is no lingering aftertaste.

The flavor of Freedom 35 follows the aroma, with a bold and dominant taste of roasted malt and toffee. It reminds you of an Amber lager but is more flavorful than expected. The malt and toffee flavors balance well with the bready taste.

The beer’s hops add a touch of fruitiness, grape, and a floral flavor, but it’s not very evident. There is also slight pepperiness from the yeast. The beer is barely bitter but not overly sweet either. Instead, the flavors are balanced and end with a mild and crisp aftertaste.

With the bold and roast flavor of the Freedom 35 beer, you should pair it with similarly flavorful foods. These include chicken, fish, pork, duck, and other meaty foods, that have been barbecued, roasted, smoked, or fried. Use spicy sauces, herbs, hot sauce, and other bold accompaniments, or serve with nachos, breaded chicken, and grilled sausages.

The beer’s malty sweetness goes well with salty cured meats, spicy foods, or Thai, Latino, and Pan-Asian cuisines. As for dessert, you should pair Freedom 35 with chocolate and coffee-based foods. Dark chocolate also goes well with the beer.

The recommended cheese pairing with Freedom 35 includes mild cheddar, gouda, and mozzarella, which balance the malty and bready flavors.

As a typical American lager, Freedom 35 is made with familiar ingredients. The beer is brewed with barley malt, the dominant ingredient in the style profile. It is also made with wheat flakes, hops, yeast, and water.

The yeast adds a peppery flavor, while the hops will cause a fruity and floral character. The wheat flakes add flavors of bread and roast, all balanced to give a delicious beer.

Freedom 35 is only available in a 473 ml can and has 5 percent alcohol content. This is evident in the slight alcohol warming in the mouthfeel. The beer’s number of calories, carbs, and protein is not announced.

The craft beer is not ideal for those on a keto diet, and neither is it gluten-free. It is not recommended for those allergic to wheat, corn, and barley, because of its ingredients.

The stars of the Canadian sitcom worked with North American Craft to brew the Trailer Park Boys Freedom 35 beer in 2017. This was following the success of their Ol’ Dirty Canadian Whisky in 2016.

The beer was launched at the LCBO and can be found in all locations across Ontario. Since TV stars make the beer, it has gained a huge following from many fans. On the launch date, the stores saw long queues of fans and beer lovers who wanted to try out the beer.

Watching the sitcom, you will also notice the term “Freedom 35,” a dope growing operation. The beer is named after this,

Whether you’re a lager lover or not, Freedom 35 has a surprisingly flavorful character that any beer drinker will enjoy. It appeals to those who want roast and bready flavors in their beer, especially with minimal hops. Here are some key points we covered in this review: 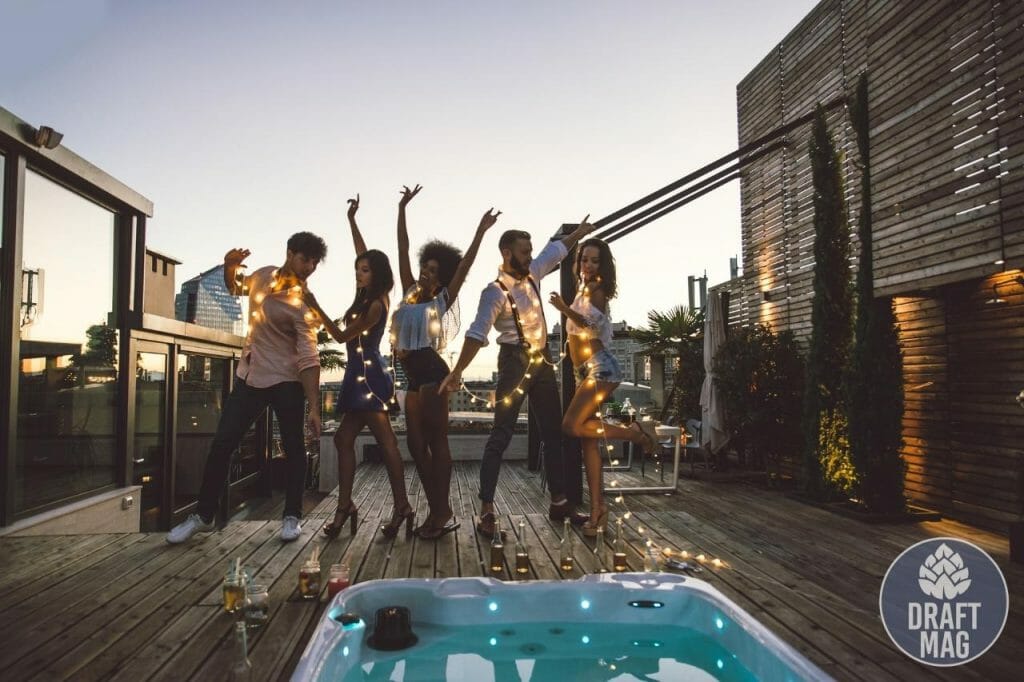 You can easily purchase Freedom 35 at LCBO stores around Ontario, and it can also be purchased online.