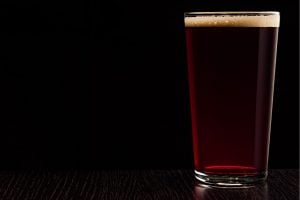 Our Modelo Negra Review provides an overview on the German dark lager style beer. The toasty and caramel flavor of the Mexican brewed beer is a top favorite for many. Find all the essential details you need to know about Modelo Negra, one of the top-selling beers in the US and worldwide.

What Is Modelo Negra?

Modelo Negra is a Mexican beer of a Munich Dunkel-style dark lager. It has a smooth taste, light finish, and rich flavor. It is one of the best-selling dark beers in Mexico and the second most imported beer in the US. With an alcohol percentage of 5.4 percent, the beer pairs well with most Mexican dishes.

Modelo Negra is vegan-friendly. One of its major flavors is pumpkin pie. The beer is available in 6 and 12 can packs. The specialty of the Modelo Negra beer is that it is brewed longer than most other beers that help to increase its flavors.

Modelo Negra is widely available in many countries around the world that adds to its popularity. Modelo Negra (formerly known as Negra Modelo) was first brewed in 1925 in Tacuba, Mexico. It belongs to Grupo Modelo, the same brand that produces Corona beers and one of the largest breweries in Mexico.

Modelo offers beers in three popular styles that include:

What Are the Ingredients in Modelo Negra?

According to the official website, the ingredients in Modelo Negra are:

In this section, you’ll find out how to recognize Modelo Negra by its taste and looks!

Modelo Negra is a medium-bodied lager that feels smooth to taste. The most prominent flavours in the Modelo Negra beer are nutty, caramel, lightly floral, and toasted. The official website mentions how the slow-roasted caramel malts add richness to the beer. The Munich Dunkel-style beer gives off a roasty, caramel, and toffee aroma with a hint of citrus. It finishes off with a subtle dryness and a soft lingering taste.

The malts contribute to the sweetness of the drink, while the soft hop character keeps it low on bitterness. This means the beer can be disappointing for consumers looking for a little tangy or bitter flavor that this beer lacks. For those who crave a sweet beer that feels refreshing on the tongue and finishes clean, Modelo Negra is the one.

The liquid, when poured in a glass in a well-lit area, appears to have a rich copper to chestnut brown colour. This may not be evident in low lighting where it appears simple dark brown. The beer settles with a decent sized white foam head on top that stays for a while.

Modelo Negra beer is high in calories and carbs, which might be a concern for health-conscious drinkers. The modelo negra abv is at 5.4 percent, making it a little higher dose on alcohol than other light beers.

What’s the Difference Between Modelo Negra and Modelo Especial? 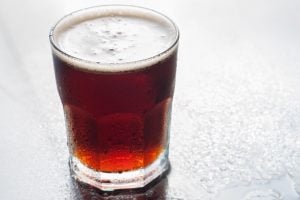 The Modelo Especial has a distinctive orange blossom honey aroma along with a hint of herb that Modelo Negra lacks. Modelo Negra and Modelo Especial, though belonging from the same brand, are two different styles of beer. Some might mistake these beers, calling them “Modelo Negra Especial” and believing the two beers to be one.

Here’s a side by side comparison of nutrition factors of Modelo Negra and Modelo Especial:

Unfortunately, beers from Modelo are not gluten free. There are traces of glutenous ingredients found in the beers. Gluten is usually present in cereal, pasta and bread.

Patients suffering from celiac disease could have an immune reaction or develop an inflammation when they consume glutenous food or products. The common side effects of gluten include bloating, diarrhea, fatigue, constipation and many related health diseases which can turn into serious diseases in the long run.

You could try gluten free beers like Redbridge Lager, Felix Pilsner, Buck Wild Pale Ale and many more other beers.

Modelo Negra Review on the Internet

Many reviewers on the internet have described the Modelo Negra’s taste to be roasty, caramely, a little light on the mouth, all the traits that allows the beer to taste different. Overall, most drinkers have rated it as a good solid beer. Those who are looking for a beer that has the Mexican flavour while feeling refreshing in the mouth, Modelo Negra is the one.

The beer is easy to drink due to its soft carbonation, smooth finish and balanced maltiness. The dark beer style of Modelo Negra makes it look similar to dark ale or stout beers but Modelo Negra lacks the espresso and coffee notes that stout beers have. Interestingly, the beer is sometimes considered as a Vienna lager style beer.

The beer is not the go-to option for light beer drinkers but suits well for drinkers who are after the malt-driven flavour profile and want a beer with European roots.

Modelo Negra Review: The Good and the Not-so Good

Modelo Negra, a well balanced dark lager has all the properties to leave your taste buds feeling refreshed with its interesting flavour profile. Let’s explore a few good things and a few not-so good things about the Mexican beer:

Is Corona or Modelo Better?

The Corona has a noticeable crispy flavour whereas the Modelo Especial tastes more full and rich when compared. Both beers are great options but choosing whether one of them is better than the other depends mostly on your taste preference.

If you’re in search of a beer that tastes just like the classic Corona, you can try one of the beers from Modelo range. The closest match in Modelo range is the Modelo Especial that has a very comparable taste to Corona beer. Modelo Especial is a pilsner style pale lager beer which is different in style in comparison to the Modelo Negra.

How Do You Make Modelo Taste Better?

By adding and mixing a few interesting things to your beer, you can completely enjoy a unique flavour you have never tried before. Modelo beers already offer flavours that delight the taste buds, but if you wish to amplify the taste, there are certainly ways to do that. Try out some of the combinations below; 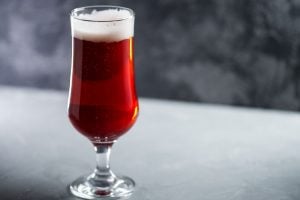 Our Modelo Negra review highlights some of the most important aspects about the popular Mexican dark beer. Let’s sum up the key points from the review and what we have explored about Modelo Negra beer:

The Modelo Negra with its German roots and Mexican brew is one of a kind and suits best to specific beer drinkers. It may not be a healthy option, as it is high in calories and contains gluten. But if you’re in for a sweet, smooth and rich flavoured dark beer, then Modelo Negra serves just right.