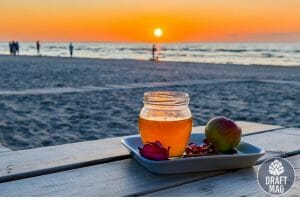 When it comes to unique wheat beers, the Revolver Blood and Honey is always a top choice. With a balance of spicy clove and honey sweetness, the wheat beer from Revolver Brewing is an all-season beer for anyone interested in something new.

Blood and Honey is an American pale wheat beer brewed by Revolver Brewing Company, with a 7 percent alcohol content. The Texas ale has a deep-golden and unfiltered appearance, with flavors and aromas of sweetness from the honey and spices that remind you of cloves. It finishes with the same tasting notes and has a lingering aftertaste.

You should serve the Blood and Honey Texas ale at temperatures from 40 to 45 degrees Fahrenheit in a Weizen glass. The glass has thin walls and a long length, so it showcases the color of the beer and locks in the spice and sweet flavors. Add a thick orange slice to complete the beer.

The Blood and Honey beer is an all-season brew, especially when you need something to warm you up on a cold day.

The Blood and Honey ale pour a deep-golden, almost coppery color into your glass, with a foamy two-finger head that will disappear quickly. The beer is unfiltered, which gives it a hazy and cloudy appearance. The head has moderate retention, with occasional lacing patches as it settles.

On the nose, Revolver’s Blood and Honey is mostly sweet, floral, and spicy. The wheat and bready malt aroma is evident but does not take away from the other flavors of honey, orange peel, and cloves. The aroma is subtle, although some drinkers might find the spice overpowering.

The Blood and Honey beer has a very thin mouthfeel but still manages to leave a sticky film in the mouth as you swallow. The high carbonation and smooth body will feel seamless as you swallow, although the bubbles will subtly prick your palate. It has a semi-dry finish, with an aftertaste of honey and candied orange peel.

The flavor of the Blood and Honey beer follows the aroma and is just as sweet. The honeyed malt is the first thing you taste when you drink, followed by the citrusy orange peel and the spice following close behind.

The Blood and Honey brew is cloyingly spiced and sweet, with the honey being a dominant flavor. There are absolutely no hops in the beer, and although the spice and sweetness are very strong, it does not take away from the wheat beer character. The honey and orange peel will follow into the aftertaste with subtle spice.

There is a wide range of foods that you can pair with the Blood and Honey beer, although it’s best to go for similarly tasting foods. This puts spicy food at the top of the list, like buffalo wings and spicy noodles. You can also try out Mexican and Indian cuisines as well.

The beer will also pair well with sweet foods like pastries and fruit tarts. Try out fresh berries, cheesecake, chocolate desserts, and a milk tart, which will match the honeyed sweetness of the beer. The Blood and Honey beer also goes well with salads, especially those with light, fruity dressing.

This refreshing Texas ale will go well with fresh and light cheeses including mozzarella, cheddar, ricotta, feta, blue cheese, cottage cheese, or Swiss cheese. The light flavor of these cheeses will pair well with the smooth and light body of this beer.

The Blood and Honey beer is brewed with malts, hops, water, and yeast. The malts are malted two-row barley and wheat, which gives it its malty sweetness. The hops used to make this beer are unknown, and the flavor is barely present.

Aside from the main ingredients, the Blood and Honey brew is also made with Texas honey, blood orange peels, and a blend of spices, giving you its true character of honeyed malts, clove spiciness, and citrus peels. If you’re allergic to barley or wheat, you should avoid drinking this beer.

The Blood and Honey beer has a 7 percent ABV, and the alcohol content is well-masked to give you a drinkable beer. The IBU is 20, as there is barely any bitterness from the hops and ingredients.

The beer has 210 calories in every 12-ounce serving, so keep this in mind when calculating your daily dietary intake. The carbs are 17.6 grams, while sodium is 90 mg. The beer has 2.1 grams of protein too.

Blood and Honey is not suitable for those on a keto diet due to the high carbs content. It is also not gluten-free as it contains wheat and barley.

The Blood and Honey beer is brewed by Revolver Brewing Company based in Texas, United States. It was released in 2012 and has remained one of the top beers from the brewery. It is considered the brewery’s flagship ale, as it was released the same year the brewery was founded.

The Blood and Honey beer is the ideal choice for anyone looking for something new, as the beer manages to make a balance of spice and sweet work. Here’s a summary of what we covered in our Revolver Blood and Honey review: 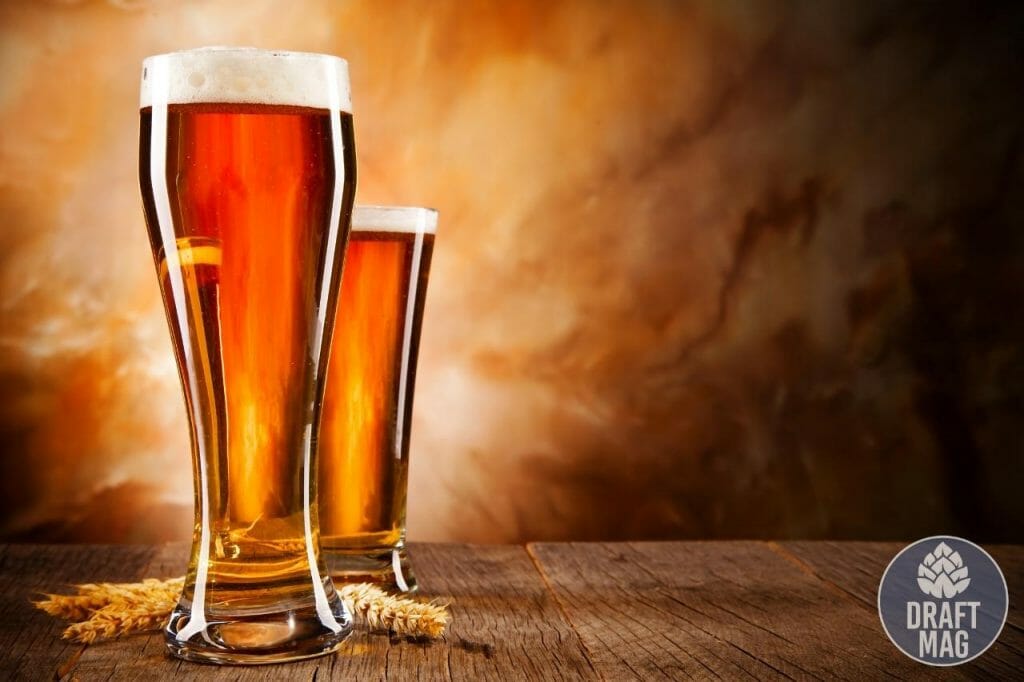 To try out the Blood and Honey beer, you should visit Revolver in Texas or purchase it at online and physical liquor stores near you.