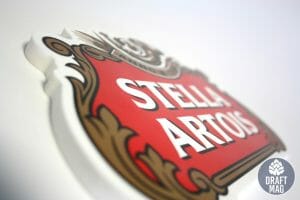 If you’re looking for a great example of the European pale lager style, the Stella Artois Solstice is a top option. The Belgium-based brewery offers you a flavorful experience with strong tastes of malt and citrus.

The smooth and drinkable lager has a light body and a good balance of flavors, which lager lovers will enjoy. Our Solstice review covers all you need to know about this lager, including how it tastes and what foods you should have it with.

The Solstice Lager is a smooth and refreshing beer made by the Belgium-based Stella Artois. It has a pale-yellow appearance, with an aroma and flavor of barley malt, lemon citrus, grains, grassy hops, tartness, and some lager yeast.

To best enjoy the Solstice Lager, you should have it in a pilsner glass. This tall footed glass with no curves makes it great for preserving the foamy head and retaining the carbonation. It would be best to serve the beer at temperatures between 38 and 40 degrees Fahrenheit.

The Solstice beer is a smooth sipper with a simple yet refreshing flavor. It’s a good choice when you enjoy beers with friends or sipping alone. With the decent ABV, you can enjoy drinking this beer anytime.

The Solstice beer pours a golden color and has a crystal-clear appearance. On top of the beer is a dense, fluffy white head that will dissipate rather quickly, leaving barely any lacing behind. You will also notice lots of bubbles from the carbonation floating to the top of the beer.

When you take the Solstice lager to your nose, you can first smell barley malts’ aroma. The malt is the first thing you smell, with hints of grassy hops and citrus. There is also some lager yeast in the scent.

The European pale lager has a thin, crisp mouthfeel and a light body. Although it feels thin in your mouth, it has a somewhat chalky feeling on the palate and finishes dry. The beer also has pretty good carbonation amidst the watery feel and feels like your standard lager.

Even without the can, anyone can recognize the flavor of lager when they drink the Solstice beer. The flavor follows the aroma and has a malt-forward taste, similar to barley malts. There are also hints of lemon citrus in the flavor, with no bitterness.

It tastes sharp and harsh, with a good balance of malt and citrus. There are also hints of grains from the malts and a grassy flavor contributing to the hops. The beer has a tart and sharp taste with delicious flavors. It starts lively but will eventually become watery if you leave it in the open for too long.

If you have the Solstice lager, there’s no better food pairing than delicious pasta. The malt-forward flavor will match and cut through a chicken pasta dish made with tomato or pesto sauces. You can also have the bready, malty beer with cheeses like an aged Parmesan or Grana Padano.

You don’t always have to go all out, as the Solstice lager will also pair well with your daily foods like buffalo wings, hot dogs, bread-based foods like flatbread or pizza, French fries with fried fish, and noodles. If you have a sweet tooth, have the beer with sweet desserts like a caramel cheesecake, milk chocolate cake, or cookies.

The Solstice lager was brewed with three main ingredients: water, barley, and hop extract. This gives you the flavor of a typical lager with no additives. The hops flavor is suppressed and manifests itself in the taste and aroma of citrus.

The lager is mostly malty since it is brewed with barley. The malt-forward taste balances out the tartness of the citrus to give you a well-rounded lager. If you’re allergic to barley, you should avoid drinking this beer.

The Solstice beer has a 4.5 percent alcohol content, as expected from a pale lager, with no boozy taste or aroma when you drink it. It features 105 calories per every 11.2 fl. oz., which is a decent level for health-conscious drinkers.

The beer has no sugar but 4.5 grams of carbs per 11.2-ounce serving. Those on a keto diet can take small servings of this beer as long as they don’t exceed their daily limit. It also features barley, making it unsuitable for those who are intolerant to gluten.

The Solstice Lager is a European pale lager made by the Belgium-based brand Stella Artois. The brand is under the world-famous Anheuser-Busch. The lager is named after the longest day of the year, the solstice, and is also available year-round at the brewery.

Stella Artois has been brewing beers in Belgium for decades and made one of the world’s best-selling beers of the same name. The beer is enjoyed in more than 80 countries. The Solstice beer might remind you of the Stella Artois lager.

The brewery is known for its classic and simple brewing process while using some of the finest ingredients.

The Stella Artois Solstice lager is a delicious beer with a tart and malty flavor and a refreshing character that is perfect for any occasion. Here is a summary of what we covered in this guide: 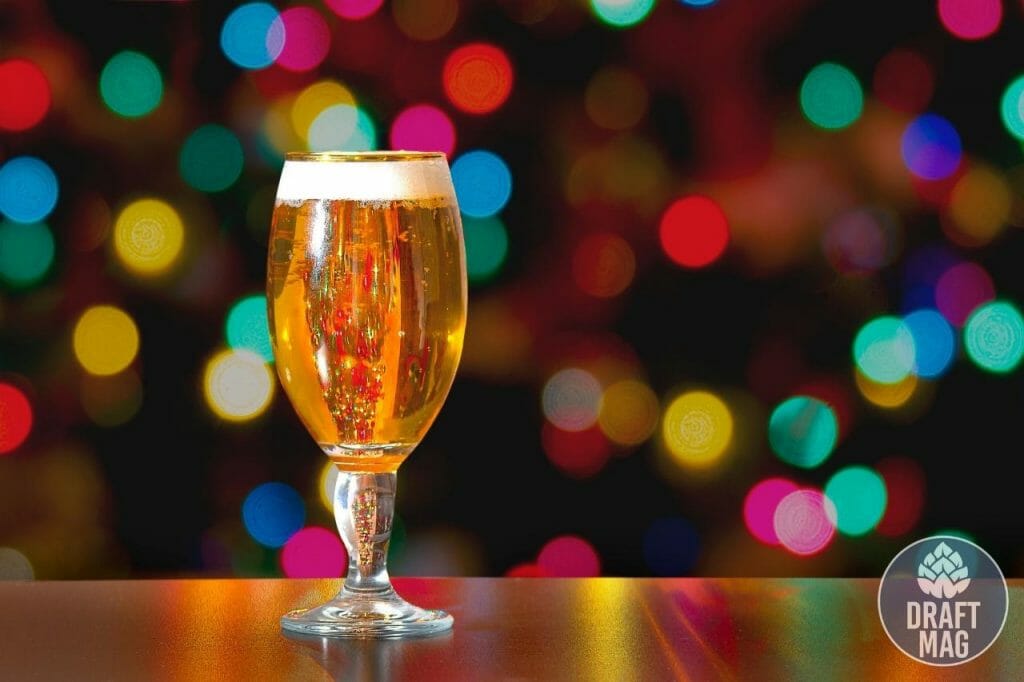 The Solstice beer is popular, so you can easily get it at liquor stores, online stores, bars, and restaurants.