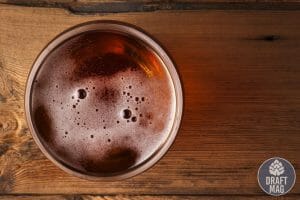 Terra beer is one of the most popular in South Korea and has quickly become a top choice for beer lovers in the United States. Featuring a European pale lager style, the beer was made by Hite Brewing Company and stood out for being clean and crisp.

What makes Terra a fantastic choice among beer lovers is the quality of malts and detail-oriented brewing process that leaves you with an authentic lager. If you want to know more about this beer, continue reading our complete Terra review below.

Terra is a European Pale Lager brewed by Hite Brewing Company in South Korea. The beer is made from top quality, handpicked malts, and even the fermentation and carbonation process is natural, leaving you with a delicious beer that goes well with a wide range of foods.

The Terra beer tastes best when served in a tall, narrow glass like a pilsner glass or a classic mug. It would be best to serve it when cold to enhance the flavor, and you can garnish it with a lime slice and a few drops of lime juice. If you enjoy salt in your beer, you can also consider sprinkling some in your beer.

Terra features dense foam and ample carbonation, leaving you with a large head and a fizzy, tingly feeling when you drink it. The light-bodied beer has a strong smell of corn, with a malty, crisp, clean taste and medium carbonation. It’s the ideal palate cleanser with a low alcohol content that you can enjoy anytime.

You get a clear golden color when you pour the Terra lager into your glass. The clear pour is due to its filtered nature. Due to its lively carbonation, you can also see signs of fizziness, with bubbles floating to the top of the glass, although it does not distract from the creamy head.

On top of the clear, golden beer is a big, foamy head that surprisingly dissipates quickly besides being in abundance. The white head enhances its aroma for a short time and barely leaves any lacing against the inside of your pilsner glass or mug. It’s best to pour Terra into a glass instead of drinking it directly from the can.

On the nose, Terra features a crisp and light aroma, as expected from a pale lager. The scent is slightly sweet and will remind you of a Japanese rice lager. The prominent aroma of malty sweetness combined with the strong smell of corn does not take away from the smell of malt.

You will also perceive hints of cereal, grains, and grassy notes in the aroma, all from the malt list. Although the beer is brewed with hops, you won’t notice this in the scent of the beer. The low ABV ensures that you don’t deal with a boozy aroma.

The Terra lager is light and heavily carbonated, which is evident in the mouthfeel. Due to the lively carbonation, you notice tingling on your palate as you drink. This also gives it a fizzy mouthfeel that fills up your mouth. Since the beer has a clean and crisp mouthfeel, it cleanses your palate whenever you drink.

The light mouthfeel is also pretty refreshing when you drink, with a slippery feel and traces of vegetal notes. Some beer drinkers might notice that the beer is a bit watery, although this is expected from a typical pale lager.

Terra proves to be a great sessionable beer when you consider the mouthfeel.

As for the flavor, Terra has a typical flavor that you would expect from a pale lager. It is light, crisp, and refreshing. The beer’s taste is not exciting, but you will notice the quality of the beer while you drink and take in the flavors.

Malts dominate the flavor of Terra, and there is slight hoppy bitterness that you won’t find in the aroma. The light malt taste is combined with corn to give you subtle sweetness while you drink.

The beer and slightly sweet crackers also hint at vegetal flavors. Other flavors that come from the sweet malts are cereal and grainy tastes. Sometimes, the beer tastes a bit grassy, depending on the conditions it was stored in. If you like the classic, malty tastes of pale lagers, you’ll enjoy drinking this malt-forward Korean beer.

As Terra is described as a palate cleanser, it goes with a wide range of foods. The clean and crisp flavor does not take away from the taste of any food you’re eating, making it easy to find the ideal food pairing for the beer.

You should pair the Terra brew with barbecue, particularly pork and fish. You can also grill other foods like chicken, turkey, and ducks or make burgers, sandwiches, meaty pizzas, and tacos to go with this beer.

The pale lager also tastes great with Italian foods, especially those that are flavor-forward and offer an intense taste. You should have the food with pasta, especially a creamy spaghetti carbonara. You can also try out lighter dishes like salad, lobster, crab, and salmon.

The Terra lager can be paired with Indian and Mexican cuisine if you prefer spicy foods. Since the beer has a clean taste, it goes well with intense flavors and spicy foods without distracting you from the taste. Terra also goes with different types of Italian cheese, including mozzarella, montasio, gorgonzola, fontina, pecorino, and parmigiano reggiano.

You can enjoy Terra best when it’s fresh, and once opened, it’s recommended to consume it immediately rather than saving it for later. It should also be stored in a cool and dry place.

Terra is made with 100 percent pure malt grown in Australia, which has been ranked first in the world for air quality. The malts are also handpicked for authenticity.

It is also made with 100 percent real carbonic acid, which is produced during the fermentation process. As for the carbonation, the beer does not have any artificially-added carbon like other beers, as this is also done naturally.

The main ingredients of Terra beer are malt, corn starch, and hops. The malt and corn dominate the flavor, so you notice a strong character of malty sweetness and corn. You might also see slight hoppy bitterness from the hops added to the beer.

Terra consists of about 150 calories, which is average for a pale lager. The beer also has 13 grams of carbs and 2 grams of protein, with less than one gram of fat in the nutritional facts. Remember this when calculating your daily dietary intake, especially if you make a cocktail with this beer.

The beer is not ideal for those on a keto diet because of its high net carbs. Also, those who are meant to avoid gluten shouldn’t drink Terra because it contains gluten. The beer bottle includes complete information about allergies and ingredients.

Terra is a European pale lager made by Hite Brewing Company and has quickly become one of the most popular beers in South Korea. The South Korean liquor began distribution in the United States and other countries in 2021.

Terra stands out for being one of the first beers in the country to have a regular green bottle like Heineken and similar beers. It is also designed with a tornado pattern on the bottle, making it attractive to the eye.

Hite Brewing Company is a South Korean brewery making beer and rice wine. The Hite beer is one of the most popular from this brewery and is a European pale lager like Terra, with 4.5 percent alcohol content. They are known to make a wide range of lager styles, from American and European to Schwarzbier. They also specialize in making stouts and English bitters.

Some of their best beers are Hite, Max, Canita, Red Rock, and Terra.

Terra beer is a light-bodied, malty sweet European pale lager that will appeal to any beer lover, as it offers a good balance of sweetness and bitterness. Here are the main points we covered in this beer review: 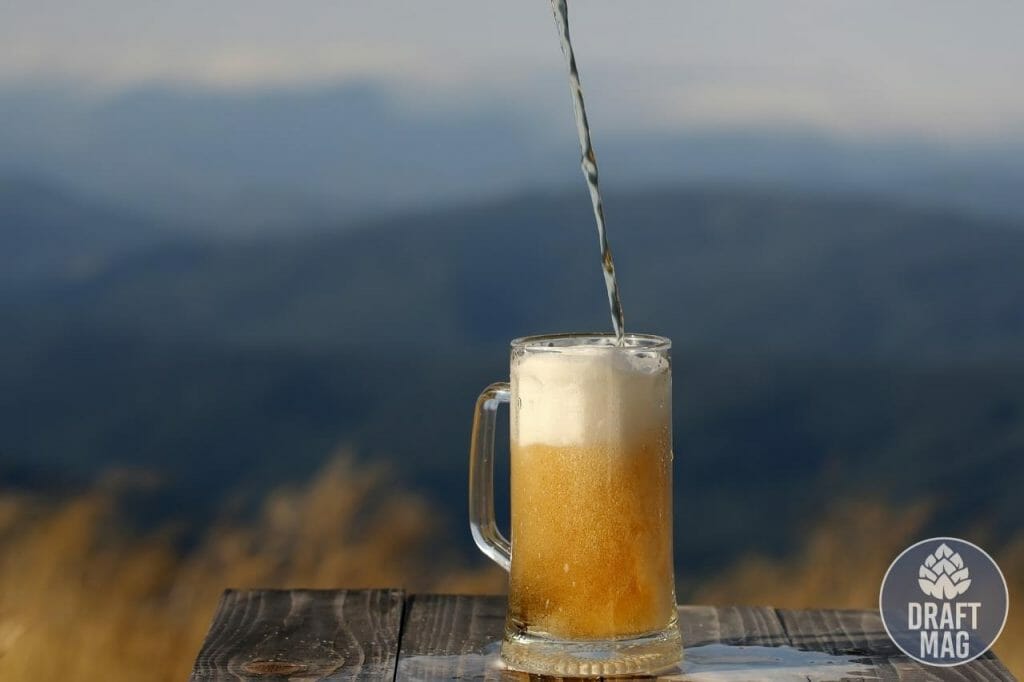 If you want to try out Terra, many liquor stores online and bars sell it. Or, if you’re in South Korea, just walk into one of their convenience stores and grab one off the shelves!