If you’re asking “Why do beer steins have lids and what is the history behind the lids?” then in this guide, we’ve done some digging and have come up with the fascinating reasons why German steins have lids. 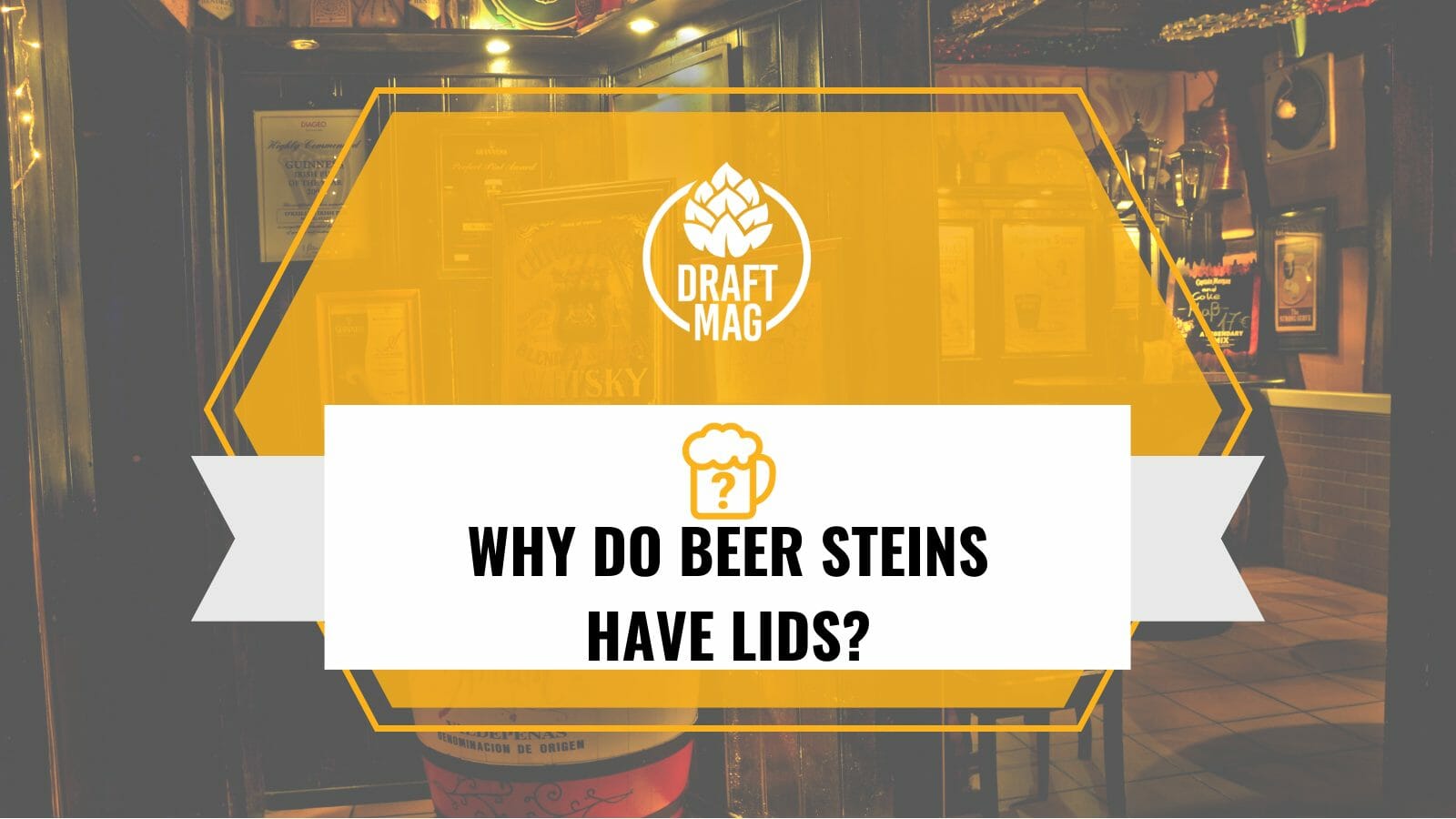 Beer steins with lids may be surprising to many people since beer is usually served in glasses without attached covers. This guide will cover the reasons why and give the history of beer stein lids, so keep reading!

Why Do All Beer Steins Have a Lid?

The main reason for the lids on beer steins is to keep out flies, insects, and debris like leaves and dry grass from landing in the beer. In the past, stein lids were also indicative of a person’s social status and were symbols of power and affluence.

Lidded steins were introduced in Germany in the 14th Century as a response to the  Bubonic Plague that had ravaged many parts of Europe. Once the plague was over, flies invaded the cities, probably due to the stench of the plague, and easily got into food and drinks while people were having a good time.

This also resulted in the spread of various diseases. Thus, to curb the fly menace, the Germans introduced laws that required that all foods and drinks be covered.

The German brewers started producing German beer mugs made of stone with lids connected to the mugs by a hinge. Thus, the German beer steins could be opened by the same hand that held the beer mugs.

Soon, these lids became status symbols and here’s why. The lower class of German society used felt lids as covers but they quickly became wet. These became perfect breeding grounds for bacteria, which could be harmful.

The Germans in the upper class made their steins from pewter (an alloy of tin and lead), which kept the beer fresh. Thus, the felt stein lids became a symbol associated with the lower class while the pewter lids represented the upper class.

Later, steins came to be made of other materials such as stone and were marked with impressive designs. The German beer stein lids also came in various shapes, materials and symbols with various implications.

What Are the Advantages of Beer Steins Lids?

Beer stein lids keep beer fresh, prevents insects and other debris from getting into the brew, and shows the social standing of the person using that stein. Lidded steins have a few advantages over coasters or any kind of lid used in covering beer after it has been poured.

Here are a few of them:

The lids always keep the beer fresh by trapping the aromas and flavors in the stein. Oxidation takes place when beer reacts with air, which can lead to bland aromas and tastes. 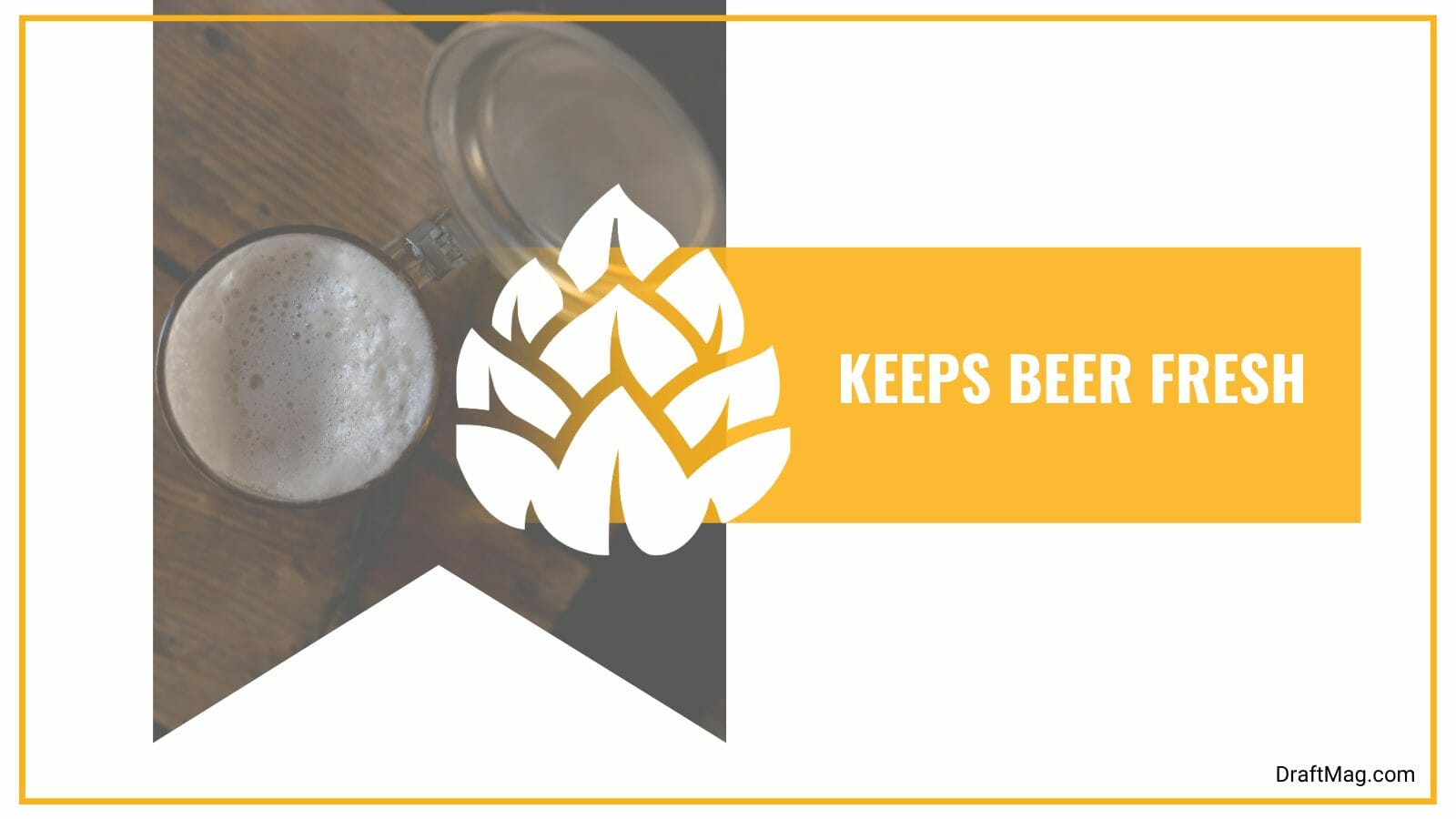 The lids ensure that the beer in the stein is at optimal temperature and reacts less with the air, maintaining its lively flavors.

– Keeps Insects and Debris Out

Beer stein lids were originally made to keep insects and debris out of the suds. They are great for outdoor sitting or activities.

As discussed earlier, beer steins were status symbols both in Germany and across Europe and so were their accompanying lids. Lids that had figures and elaborate designs were expensive to make, thus the poorer population could not afford them. 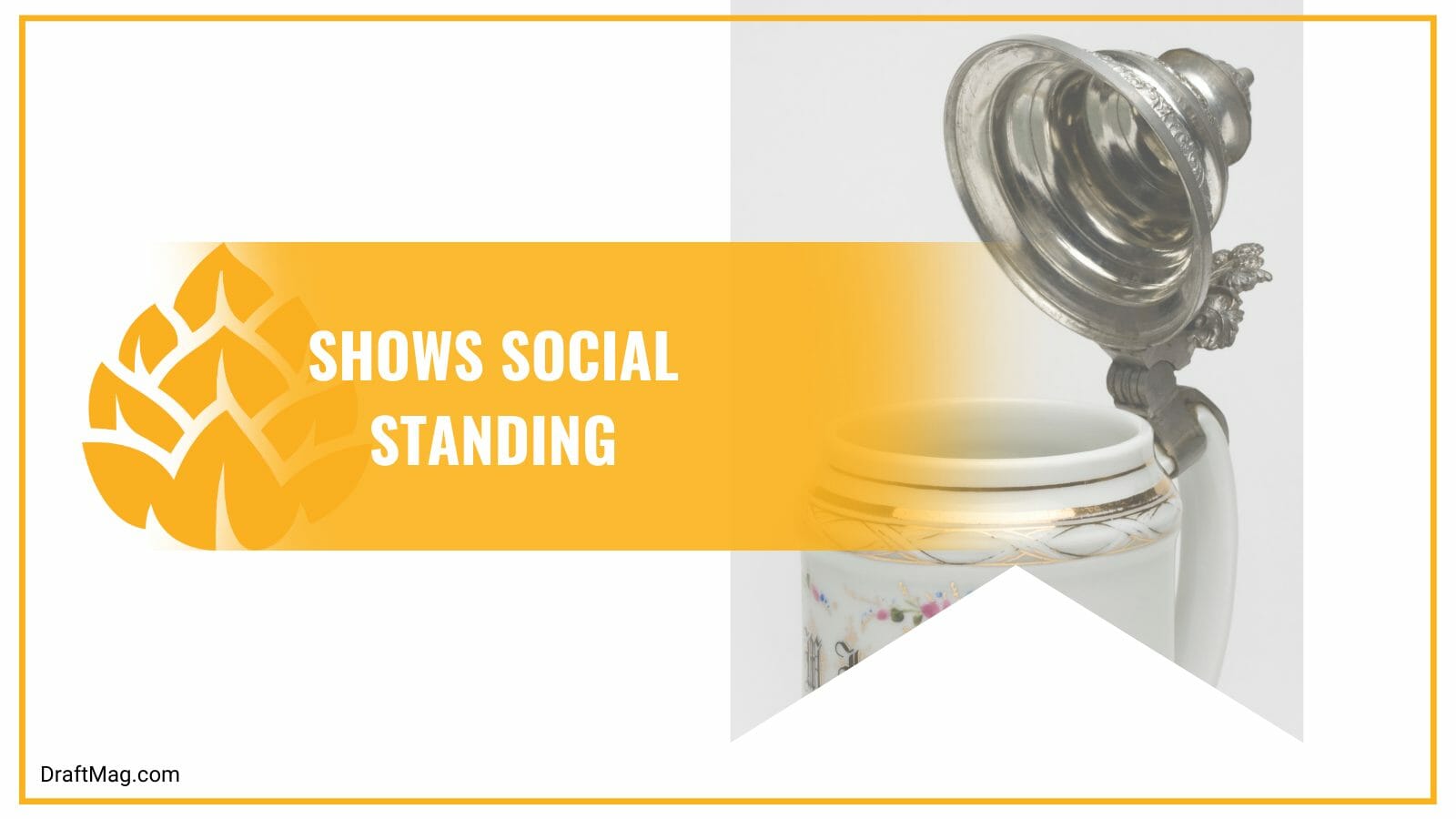 The poorer people just stuck to simple conical covers made from pewter with simple designs, if any. The most important thing was that it contained authentic German beer.

Stein lids are more durable than the coasters and other lids we use to cover our beer. These lids are usually made of pewter, which means that can withstand the corrosive force of nature. They also rarely burn or break when they fall, thus they can be used for a long time regardless of the number of times it’s used.

What Are the Various Types of Stein Lids?

These are made in the shape of cones and attached to the mug. These lids were made either from pewter or ceramic and were very common across Europe. They are manufactured by machines and are the least expensive compared to other types of lids. 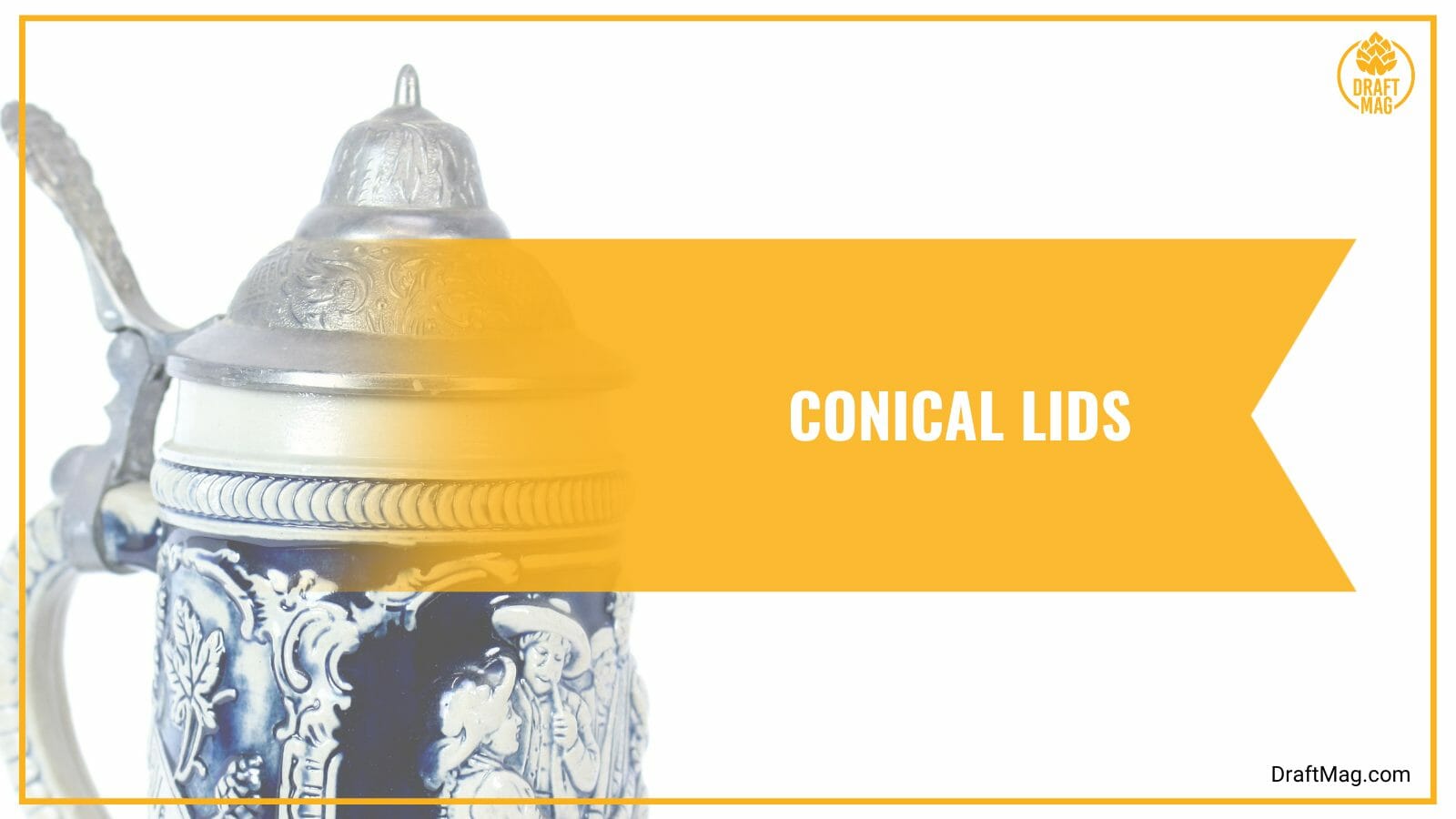 The manufacturers usually apply a nickel to the surface of the lid to give it a shine or they use other alloys to give it a darker color.

These pewter lids are not completely flat as they are raised a little in the middle, thus they are commonly referred to as semi-flat covers. It is easier to make artistic designs and engravings on this kind of lids due to the flat surface.

Technically, these are conical and made from pewter, however, they are used mainly for special edition steins due to their special design on them. 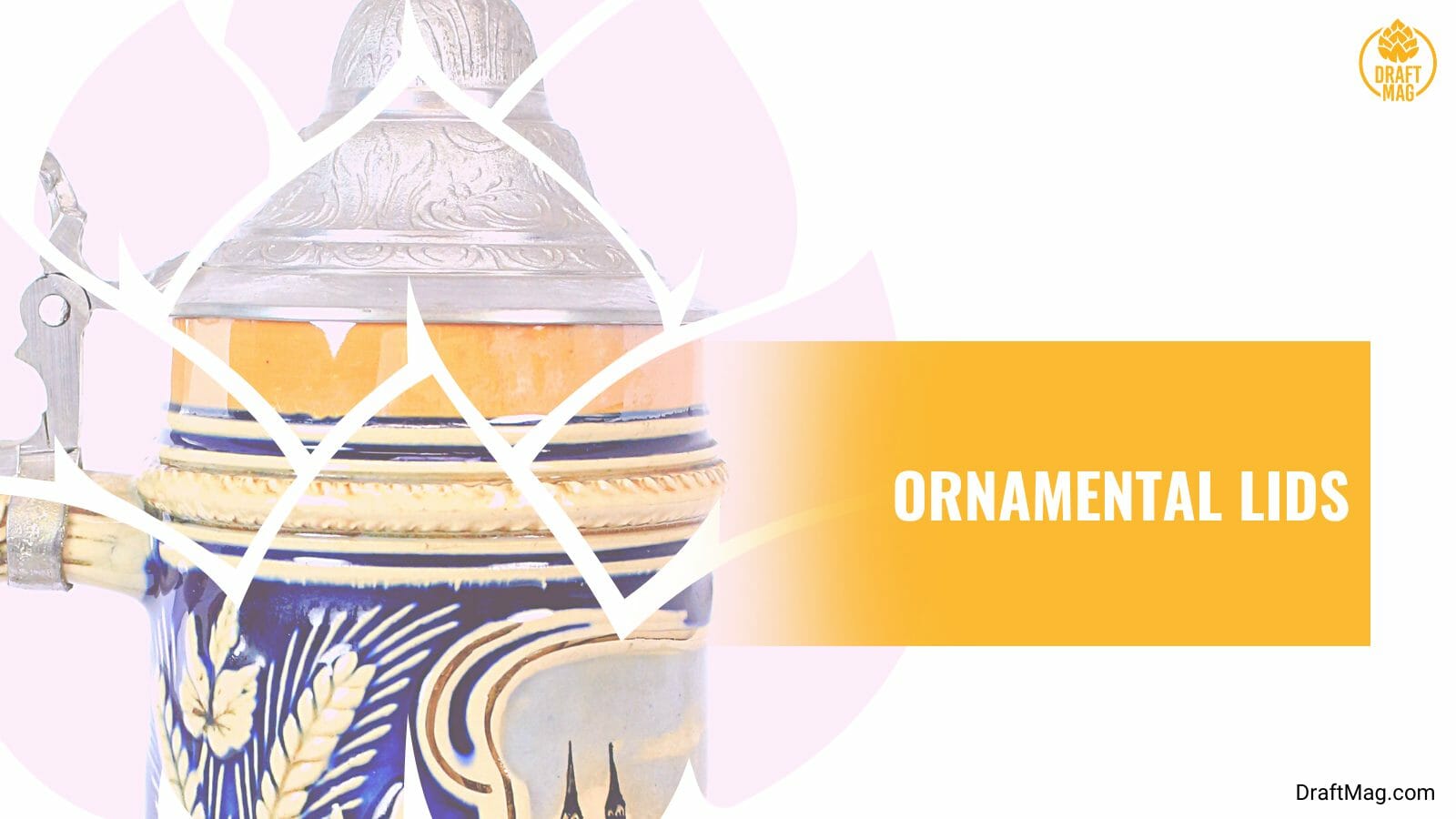 The designs are made by special craftsmen with a lot of details. They usually have a finial at the top, which distinguished them from the conical type.

This type of lid is known for its figures either made of wood, glass, or ornate porcelain and which are surrounded by pewter.

These lids are made from pewter and have a figurine on top of them similar to the ornamental type. 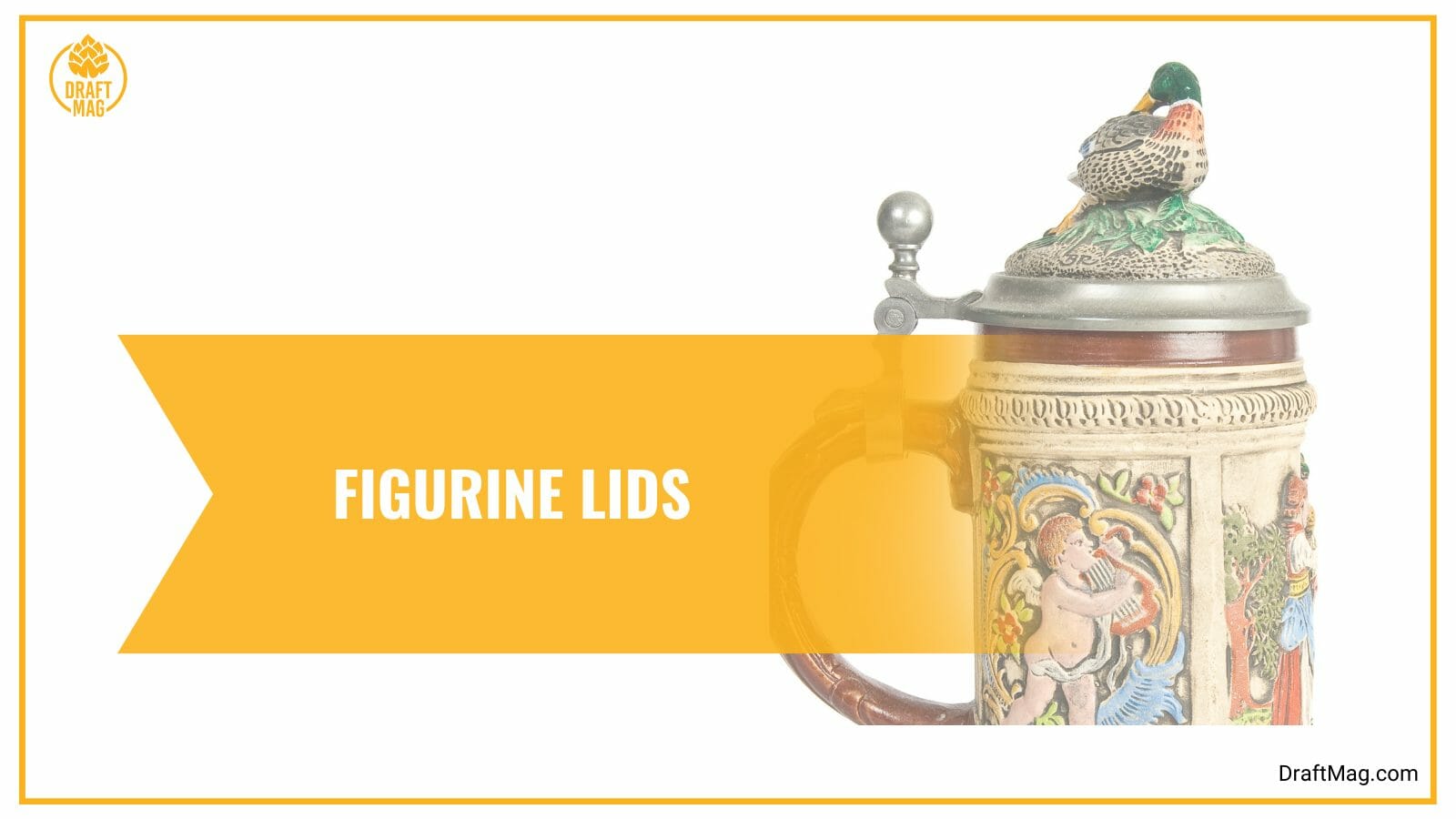 However, these are the finest lids on the market and can be pretty expensive.

What Are the Materials Used in Making Beer Steins and Their Lids?

Historically, beer steins were made from a single material, pewter, but as time went on, the manufacturers experimented with other materials such as glass, crystal, and ceramic.

Today, beer steins are made of several kinds of stuff which are mostly given out as mementos to guests. Here are some of the materials used in making beer steins and their lids:

Pewter is an alloy produced by combining antimony, tin, bismuth, silver and copper. Tin makes up a huge chunk of pewter, however, antimony and copper are added to harden the vessel. Pewters generally have a dull color but some manufacturers add silver to give them a shiny surface.  Pewters and pewter fittings and lids were popular during the 19th Century.

Pewter steins were manufactured by the component cast process – which means that all the parts of the mug, including the lid, were made separately. Pewter steins have been replaced with more modern mugs, making them a rare collection.

Glass beer steins are pretty common and affordable as the process of manufacturing is straightforward and done by machines. The lids and flanges are made from metals, while the mugs are glass. The mug is manufactured through molding, then a machine later attaches the lid. 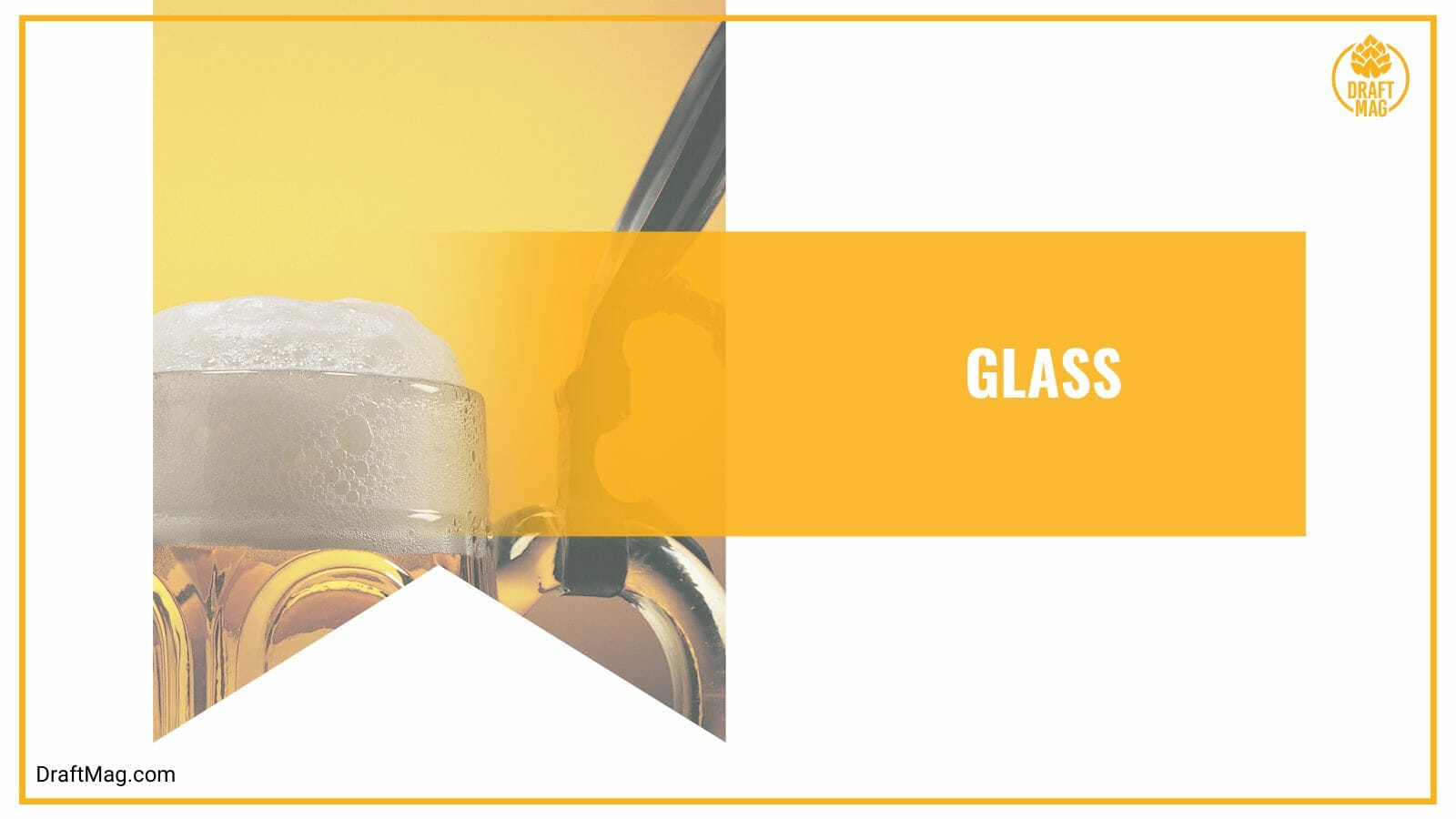 They, along with steins made from ceramics, are fragile compared to the other materials.

Similar to glass steins, crystal steins feature high-quality glass that is cut by hand and blown into a wooden mold. The decorations are done either by hand on the crystals or they are engraved by a mold. Their lids are also made from pewter. Crystal steins come and various bright and attractive colors.

There are five different types of ceramic beer steins which are porcelain, creamware, stoneware, earthenware and ceramics. 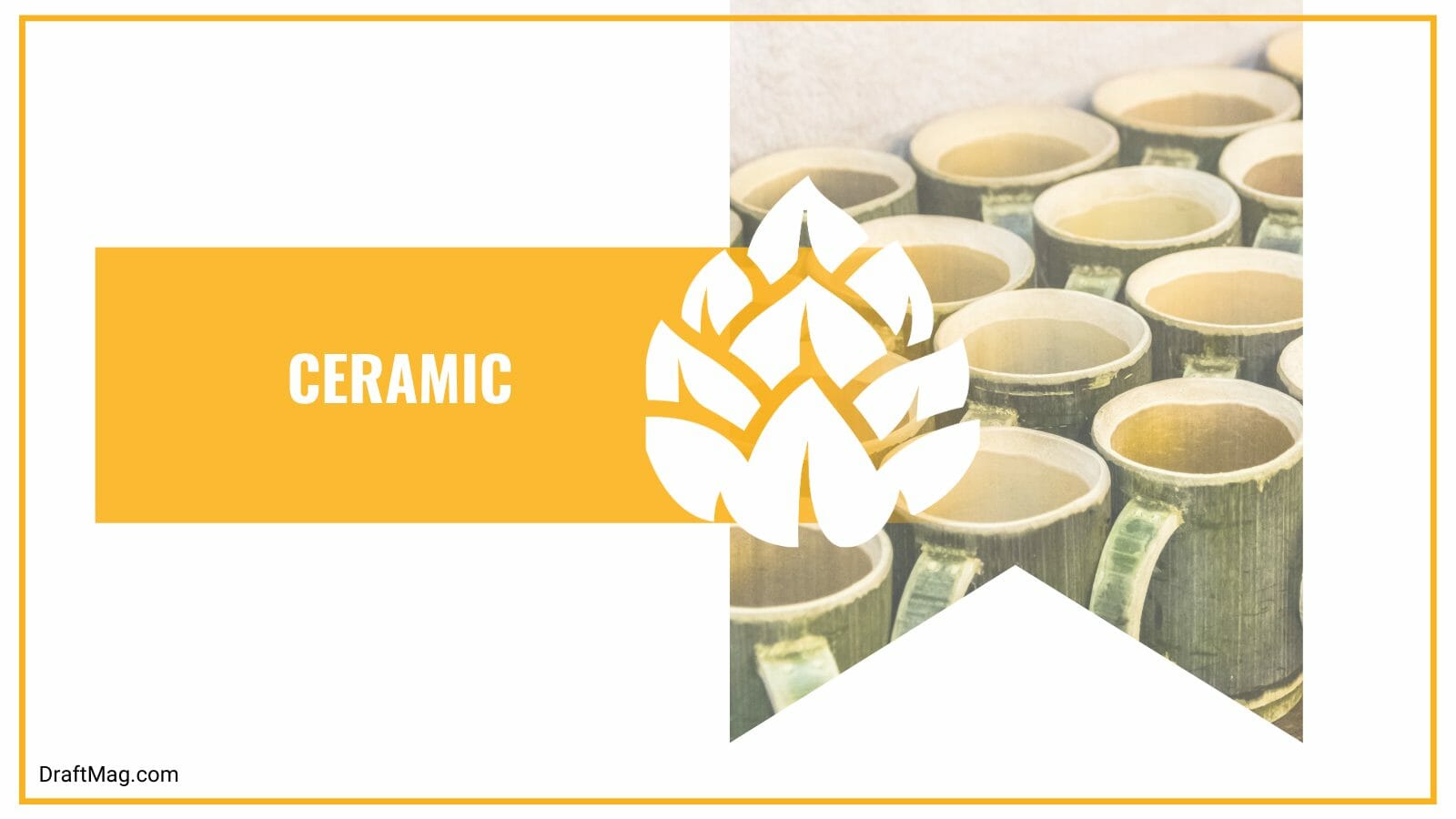 These types are categorized according to their raw materials, firing temperature, color, quality of ceramic mass and density of mass.

This is made from kaolin, also known as china soft clay, and baizundi, which, when mixed, forms a translucent material. To make porcelain beer steins, the material is fired at temperatures between 2,372 degrees Fahrenheit to 2,552 degrees Fahrenheit.

This material is slightly porous and rougher compared to porcelain until it is glazed and fired at 1,832 degrees Fahrenheit. 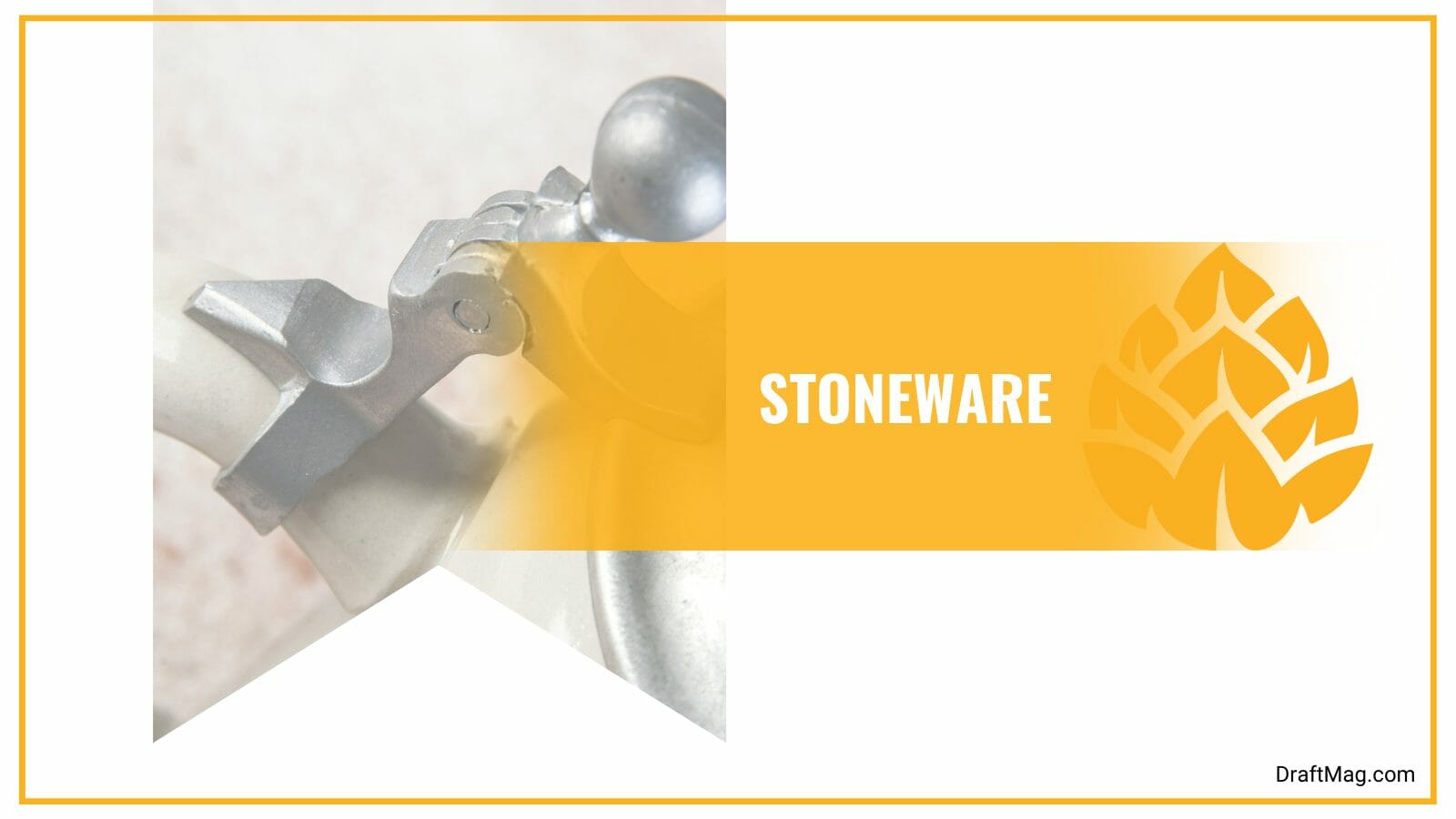 No glazing is required as this material is less porous.

A stein of beer should be between 12 and 37 ounces, depending on the size of the mug. An Oktoberfest beer stein should contain 2 pints of beer, which should be around 32 ounces.

So far, we’ve been looking at the main reasons why beer steins have lids, the different types of lids and the materials from which beer steins are made. Here is a summary of all that this article has discussed:

Steins and their lids are still used today as mementos to remember a particular occasion or friend.