Bud Ice is popularly known as a top American lager from Anheuser-Busch, brewed with a selection of malt and unmalted grains. The lager is made with the brewery’s exclusive process and offers a smooth and malty flavor. 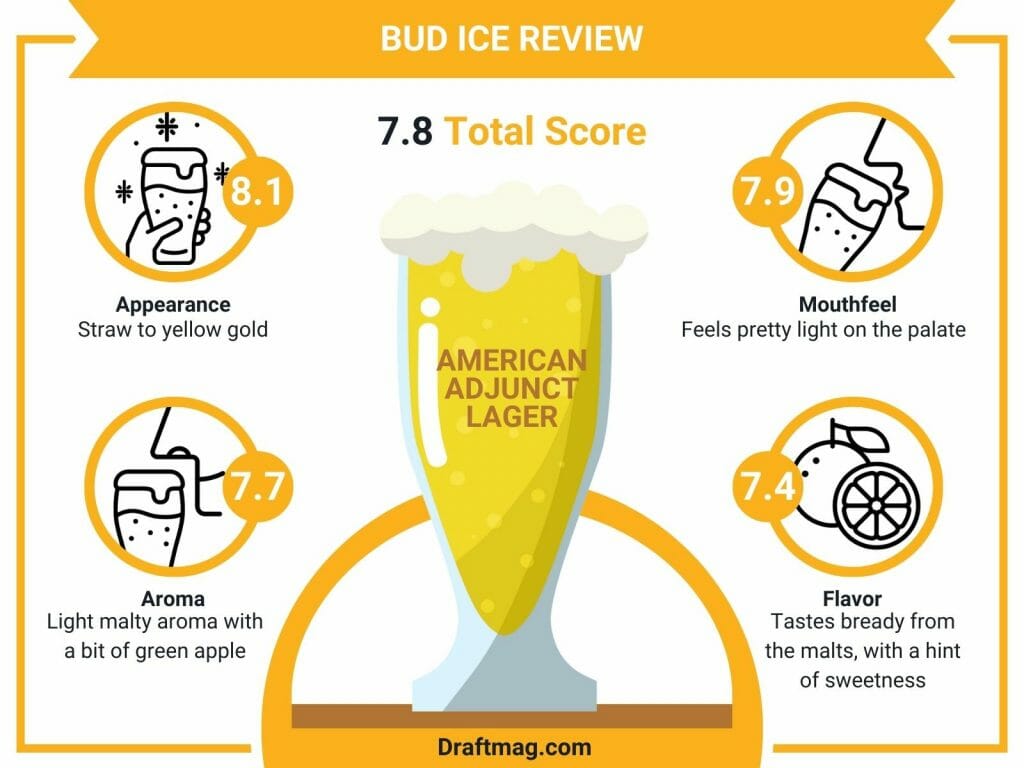 This lager is known for its rich and enjoyable taste and was introduced in 1984. If you’re curious about the beer, check out our complete review to know more.

This beer is an American adjunct lager with a 5.5 percent ABV. The beer is made by Anheuser-Busch, using an exclusive ice-brewing process, giving it a smooth and malty flavor. The heavy carbonation makes it feel tingly and light.

The beer is well suited for all seasons due to its light body and refreshing flavor. Whether you’re hanging out with a couple of friends or having dinner, this beer will always make a good choice. You can pair it with meaty food like chicken, or for snacks, have the beer with some tasty nuts. 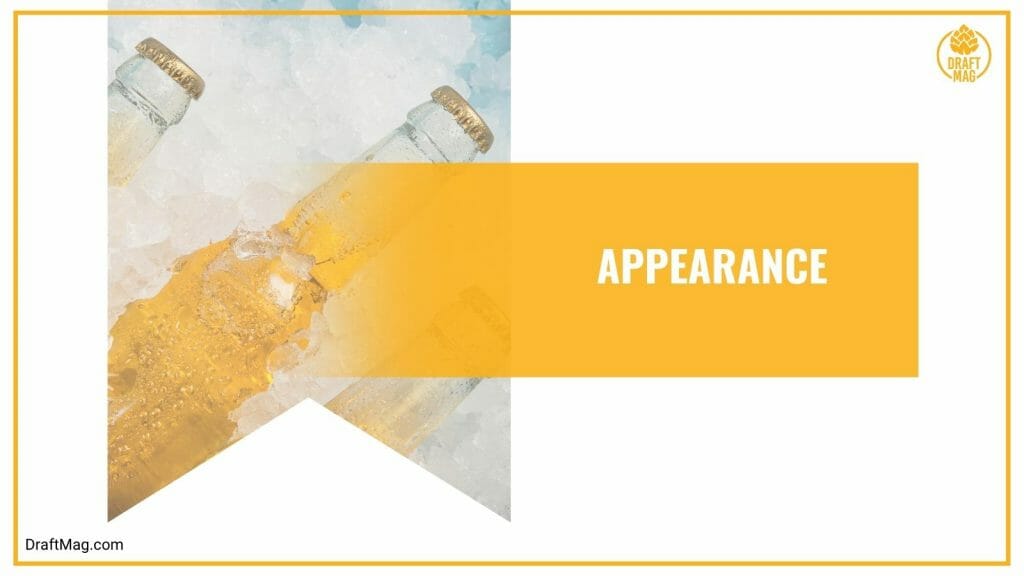 The beer has a soda-like head, too, up to four fingers, which will disappear quite quickly. The white foamy head combined with the heavy carbonation makes the beer appear bright. Despite the rocky foamy white head, it disappears to almost nothing with scattered lacing against your glass.

You can enjoy the beer better when you pour it into a pint glass, as the wide opening at the top of the glass gives room for the four-finger head of the beer to retain. It should be served at temperatures from 35 to 40 degrees Fahrenheit to enhance the rich color. As for garnishing, you can add an orange slice to the glass.

On the nose, the fizzy beer is the first malty. The light malty aroma is the first thing you smell when you drink the beer, and it is a bit rough. After the malt is a bit of green apple sweetness and a skunky note, although this depends on how long you’ve had the beer.

The aroma of this beer has hints of corn sweetness that balance with the malty scent. When the beer is cold, it smells a bit like cider. If the beer smells too skunky, you should avoid drinking it.

The classic beer feels pretty light on the palate but with a very heavy carbonation bite. Due to the carbonation, which is evident in the appearance, the beer feels pretty tingly and fizzy on your tongue and will follow into your throat. The beer still feels smooth and crisp despite this. 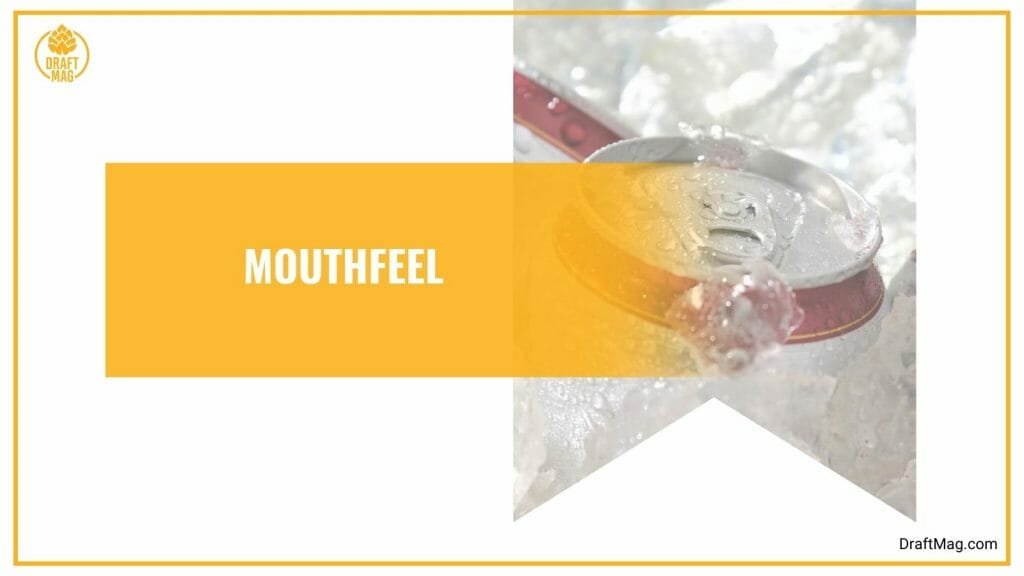 The beer has a light straw color with a big head and a flavor and aroma of malts, corn sweetness, and bread, with a slight bitterness. Although the head dissipates quickly, you can still sip a little while drinking the beer.

Nonetheless, it manages to be relatively refreshing, especially when cold, making it the perfect lager for a cold day. Even with the light body, the beer does not feel watery, but the maltiness is pretty smooth even for the after-taste.

As for the flavor of this popular beer, it follows the aroma. It mostly tastes bready from the malts, with a hint of sweetness contributed from the corn flavor. There is a very slight bitterness in the beer, but it is quickly overshadowed by the corn sweetness. The beer finishes crisp and light.

While the aroma of this beer is muted, it doesn’t mix with the flavor since the flavor is brighter and more noticeable, with a lot of malts present. There are no hops in the beer’s flavor at all, so all you can taste is the malt, bread, and corn, all coming together to taste pretty sweet.

Although the beer has only 5.5 percent of alcohol, you can taste the alcoholic flavor in the back. The alcohol burning adds to the maltiness of the beer. Although the flavor of the beer is smooth and full-bodied, it has a funky aftertaste, as expected from a cheap lager.

The finish of this delicious beer is slightly sweet and malty, but it also tastes pretty smooth. The carbonation of the beer is also present in the flavor, as you can enjoy the feel of your bubbles while you drink.

You can have it with a wide range of foods, especially meaty foods like chicken, pork, fish, and beef. The juicy beer will pair well with barbecue, too, so you should fire up your grill while having this American lager. The crisp and clean taste of the lager will cut through fried and fatty foods.

Other food pairings you can consider with this beer include Indian, Pan Asian, Latin American, and Thai cuisines. These foods will pair well with the clean and malty flavor of this beer in particular, especially if they are spicy. You can have it with hot chili, spicy noodles, or pepper jack.

The American lager also goes well with seafood like shellfish. If you enjoy cheeses, you can have the Bud with sharp and tangy cheeses like Gouda or mozzarella, which will balance the malty flavors in the Bud beer. Monterey cheese is also a good choice with this beer.

For your sweet tooth, there are different desserts that pair well with the beer. You should go for chocolatey foods which will pair with the malty and bready flavor of the beer, including cakes and sweets. The beer also goes well with caramel-flavored desserts and fruits like berries and nuts.

Bud beer is brewed with different malts and unmalted grains, while the hops are grown in the United States. The different malts used to make the beer are evident in the bready and corn flavor that makes it taste sweet. The hops are barely present in the malt-forward beer.

Anheuser-Busch uses a special ice-brewing process when making the Bud, which takes it to a temperature below freezing. In the finishing process, the brew will have ice crystals, and this leaves a rich and smooth taste for the beer. Keep in mind that corn syrup is one of the ingredients, so keep this in mind in case of allergies.

The Bud beer has a 5.5 percent ABV and 15 IBUs, which is evident in the light bitterness and heavy sweetness that you will taste. It features 153 calories in 12 oz can so keep this in mind when calculating your dietary intake.

The beer also has 14 mg of sodium and 96 mg of potassium, and the total carbohydrates are 13 grams. Remember that those on a keto diet cannot try out this beer due to its high carbs content. It is also not a gluten-free beer and contains corn and malts.

The Bud Ice was launched as Ice Draft first, as it was meant to respond to the ice beer trend at that time. The ice beer style is created by cooling beer below freezing temperature until it forms crystals. The crystals are extracted, and the leftover liquid has a higher ABV and crispier taste.

Since Bud Ice was released in 1994, it has remained one of the top-selling beers in the country. But, the alcohol content is lower than most of the beers around there. Anheuser-Busch also released the Busch Ice and Natural Ice afterward, which have ABVs of 5.9 percent.

Another reason why this beer has been popular since the 90s is the high alcohol-to-dollar ratio. The beer is pretty affordable despite having a higher ABV than the average lager, making it popular among college students and workers.

This popular  lager is the ideal beer for any season, with its smooth and refreshing taste and diverse food pairing. Here’s a rundown of what we covered in this review:

You can have this tasty beer by purchasing it from any online store or physical liquor store. The beer is available at bars and brewpubs too.