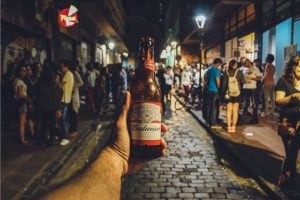 Coors vs. Budweiser: The choice becomes difficult when you’ve two top brands side by side. Coors and Budweiser are popular and reliable names in the brewing industry due to the high-quality beers they have been producing for years.

When you have the two best choices available, which one will you choose? To help you with that, here is a quick comparison highlighting all the major aspects of Coors and Budweiser.

A Brief History of Coors and Budweiser

Both Coors and Budweiser are American-owned beers and equally famous, yet their origins are considerably different. They belong to two different companies that produce different style beers having different flavors, ingredients, etc.

Aside from the differences in their manufacturing, their history is different too. Let’s have a brief look at the history and origin of both beers individually.

The manufacturing of Coors beer started in an American brewery known as Coors Brewing Company in 1873. The founders were Adolph Coors and Jacob Schueler, who migrated to the United States from Germany. They established the Coors Brewing Company in Golden, Colorado, after purchasing the recipe of a Pilsner-style beer from William Silhan, a Czech immigrant.

Initially, Coors and Schueler contributed $2000 and $18,000, respectively. But later, in 1880, Coors purchased all the company’s shares from his partner and became the sole owner of the brewery. For a long time, Coors beer was famous as the “Banquet Beer.” This was because Clear Creek Canyon miners used to drink it in banquet halls or vast banquet tents.

Interestingly, Budweiser refers to two separate brands that operate under the same name. The more popular and largest selling beer brand, Budweiser, was introduced in 1876 in the United States. This 145-year-old beer company had to face a strict prohibition period and disputes due to name clashes with a company of the same name.

Centuries later, Carl Conard and Adolphus Busch produced the famous American Budweiser version. They started manufacturing a “Bohemian-style” lager in America, in their own brewery — the Anheuser Busch — located in St. Louis, Missouri. Despite the different style of the two beers, the same name led to trademark disputes.

A mutual settlement resolved the issue. In some countries, the American Budweiser is sold as “Bud,” and Czech Republic Brewery solely owns Budweiser. While in some countries, including the United Kingdom, both the breweries sell their beer under the name “Budweiser.” However, the logo of Budvar and Anheuser Busch Budweiser is different.

Difference Between Coors and Budweiser: How Are These Beers Different?

If you read a Budweiser review and then compare it with Coors beer reviews, you’ll see that these beers are significantly different. There are a lot of differences between Budweiser and Coors; the most significant are listed below:

Both Budweiser and Coors are adjunct beers. That means that they need an additional ingredient other than the basic ingredients. These adjuncts added to the beers help to enhance different characteristics of beer and make them unique.

While they share this similarity, Coors and Budweiser actually use different adjuncts. Budweiser has rice, while Coors has corn grid as an adjunct. 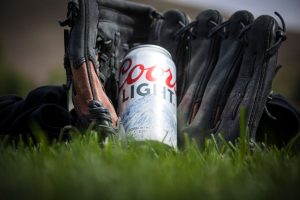 The yeast used for production further highlights the difference between Coors and Budweiser. Both beers utilize different yeast for the fermentation process, due to which the time for fermentation also differs. In addition,

Budweiser also uses beechwood chips to distribute yeast on the base of fermentation tanks evenly. As a result, more yeast is in an active form during the fermentation of Budweiser. The extra yeast also removes the dead yeast from the fermenting wort, producing certain compounds such as acetaldehyde and diacetyl.

Budweiser vs. Coors: Which One Is Called “Kings of Beers”?

In ancient times, Budweiser was a famous beer in the Holy Roman Empire. It was brewed in the imperial brewery in the Roman Empire, and it tasted better than other available beers of that time.

The popularity among the Kings and other people earned Budweiser the title “King of Beers.” Later, when Adolphus Busch opted for the name Budweiser for his beer, he also adapted the slogan. Since then, both Budweiser beers have ruled the brewing world as “King of Beers.”

Budweiser was on the list of the top three best-selling beers in the United States. The popularity of Budweiser over the other beers also made it a King of the brewing industry.

Is Budweiser Still the “King of Beers”?

No, Budweiser isn’t the “King of Beers” anymore. The reason behind this is the sudden and massive drop in the popularity of Budweiser. The recent Beer Marketer’s Insights reveals that Budweiser isn’t among the top three best-selling beers now.

The decrease in popularity of Budweiser can be due to a lot of factors. These include people drinking less beer or switching to craft spirits, wines, or brews. At present, the top three best-selling beers listing include:

Which Beers Coors and Budweiser Produce?

What Is the Alcohol Content in Coors and Budweiser Beers?

Does Budweiser Taste Better Than Coors?

No, Budweiser doesn’t taste better than Coors. Consumer reports statistics for Coors and Budweiser reveal that Coors tastes better than Budweiser. Coors has a clean and balanced taste with a bit of citrus flavor.

On the contrary, Budweiser has slightly off notes due to the presence of tin and sulfur. Budweiser is also lighter and has more yeasty notes than Coors. All these things collectively give a better taste to Coors than Budweiser.

Yes, both Coors and Budweiser produce low-calorie beers. These low-calorie beers have a lower carbohydrates content than the other beers produced by these breweries. This is a great way to be in tune with the demands of the public, which is increasingly interested in leading a healthier lifestyle while still enjoying a beer from time to time!

No, Coors Light isn’t gluten-free. It contains significantly less gluten content, almost 10ppm. Although the amount is negligible, it still can’t be called a gluten-free beer, and it will have an adverse effect on people affected by celiac disease. 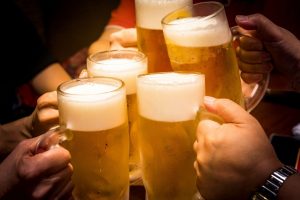 Coors vs. Budweiser can be a tough choice, but for someone who doesn’t know about these beers in detail. But not for you, as you just read a detailed guide on comparing these two. Let’s quickly revise the most important points.

After reading this guide, you should no longer be confused between Budweiser vs. Coors. You’ve read all the major aspects of these beers and now choosing the best for you is entirely up to you. After considering all the things, you can better decide which one is better for you and why!