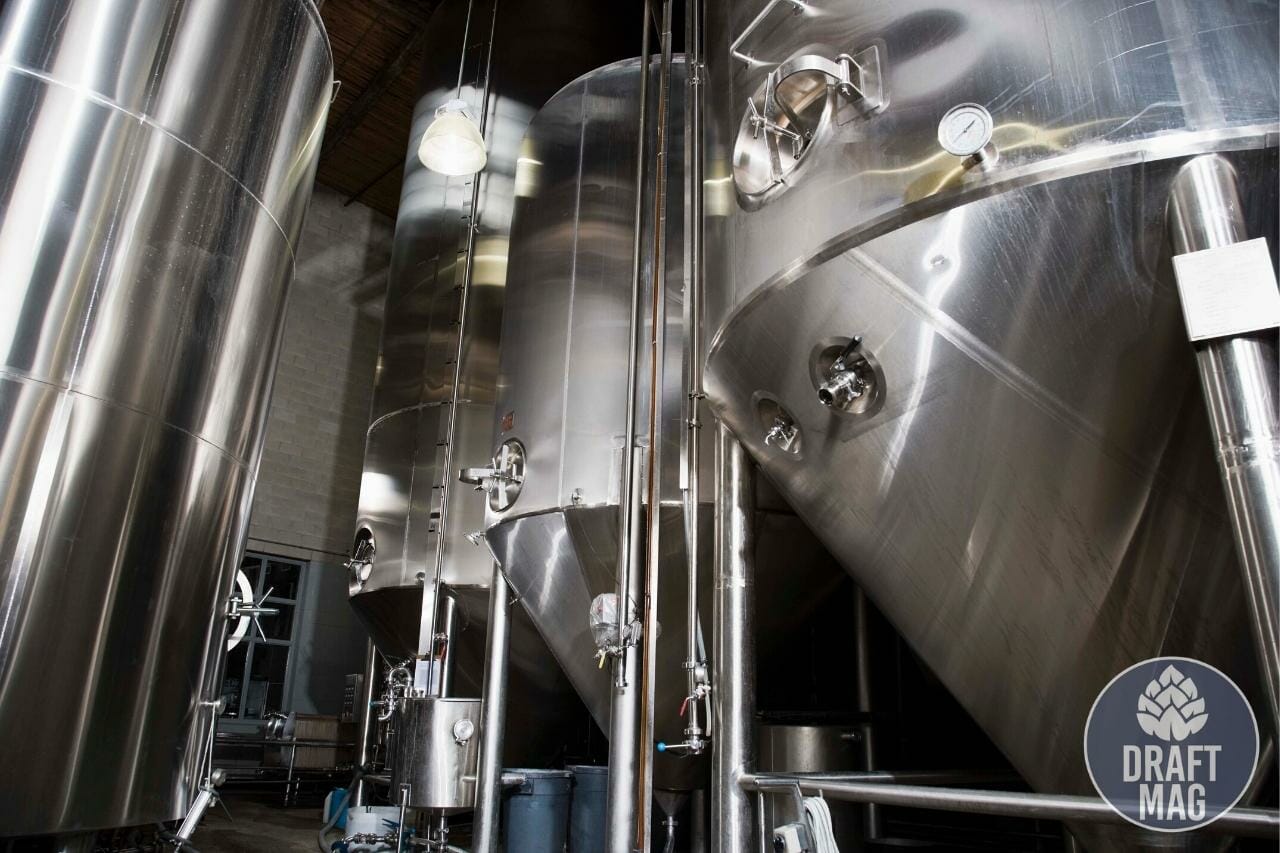 Grand Rapids breweries are usually an anticipated destination for beer lovers, as this second-largest city in Michigan continues to expand its nightlife.

The city has been named the best beer city in the United States for two years running, so you can expect only the best when you visit Grand Rapids.

You can find some of the top breweries in the city on our list, from Brewery Vivant and Greyline Brewing Co. to HopCat and Jolly Pumpkin. Continue reading below and start planning an exciting beer tour.

Ever since Grand Rapids won Beer City USA twice, the city has become a must-visit destination for enthusiasts. It only had about 17 breweries before getting this title, but today there are over 40 breweries, craft breweries, and microbreweries in the city. Let’s take a look at the best ones.

Heading our list of breweries in Grand Rapids is Brewery Vivant, which has two top features that would make you excited and surprised. For one, it specializes in Michigan farmhouse ales, so you can expect the authentic flavor of this state in their beers made with local ingredients in witty and delicious styles. Secondly, it is located in a former funeral home.

The beers made at Brewery Vivant are inspired by countryside breweries in Southern Belgium and Northern France. You can enjoy their wild-fermented and barrel-aged beers, with Farm Hand being the recommended option. They also hold their Wood-Aged Beer Fest every September.

City Built Brewing offers a unique experience for all enthusiasts, with a wide range of complicated and experimental styles on their tap list. They also feature Puerto Rican cuisine coming out of their kitchen, completing the look of a modern neighborhood brewpub.

You should try out some of their IPAs like Cascading Into Darkness and Pink Fuzzy Unicorns when you visit. Aside from their drinkable beers, they also serve mead, wine, seltzers, ciders and kombucha.

Next on our list is this small-batch brewery located in Southtown, Grand Rapids. It is one of the relatively new breweries to open in the city. It is community-focused as it is inspired by Charles Bukowski, the famous author known for being an alcoholic. When you enter their taproom, there’s a witty quote from the author about drinking beer.

You can enjoy the community and vibrant vibes offered by visiting Brass Ring. They have a wide range of small-batch traditional ales, porters and stouts, all made in English styles. The brewery also organizes weekly events, and the 8 Pound Hammer comes highly recommended.

If you’re a beer drinker in Michigan, there’s no way you haven’t heard of Founders Brewing Co. As one of the top downtown Grand Rapids breweries, Founders is a household name because it’s the reason why the city became known for its craft brewery in the first place.

Its popularity can be traced back to the widely known All Day IPA, the top-selling craft beer can in the United States, and the Kentucky Bourbon Stout. So if you visit their taproom, you will see this on tap. The brewery collaborates with others in Grand Rapids to organize release parties every year.

Founders’ legacy continues in Greyline Brewing Co. If you like what the former has to offer, you’ll also be impressed with the latter. Greyline was established by the former head brewer of Founders, who reflects artistic passion in his beers.

You can’t visit their taproom with a specific beer in mind because they’re constantly coming up with recipes and changing the lineup. But you can always expect high quality based on what was achieved in Founders. Before visiting, check out their website to know what to expect and pair their delicious beers with food on the pub menu.

The Mitten Brewing Co. was an immediate hit from the moment it was founded in 2012 and is now a popular place among Grand Rapids locals. It is located in what used to be a firehouse and has a vintage baseball concept reflected in its brewpub design.

You can pair their delicious pizzas with some drinkable or strong beers depending on what you’re looking for. The Triple Crown Brown should be your first choice, which won a silver medal at the World Beer Cup. Aside from their location in Grand Rapids, there are also others around West Michigan. 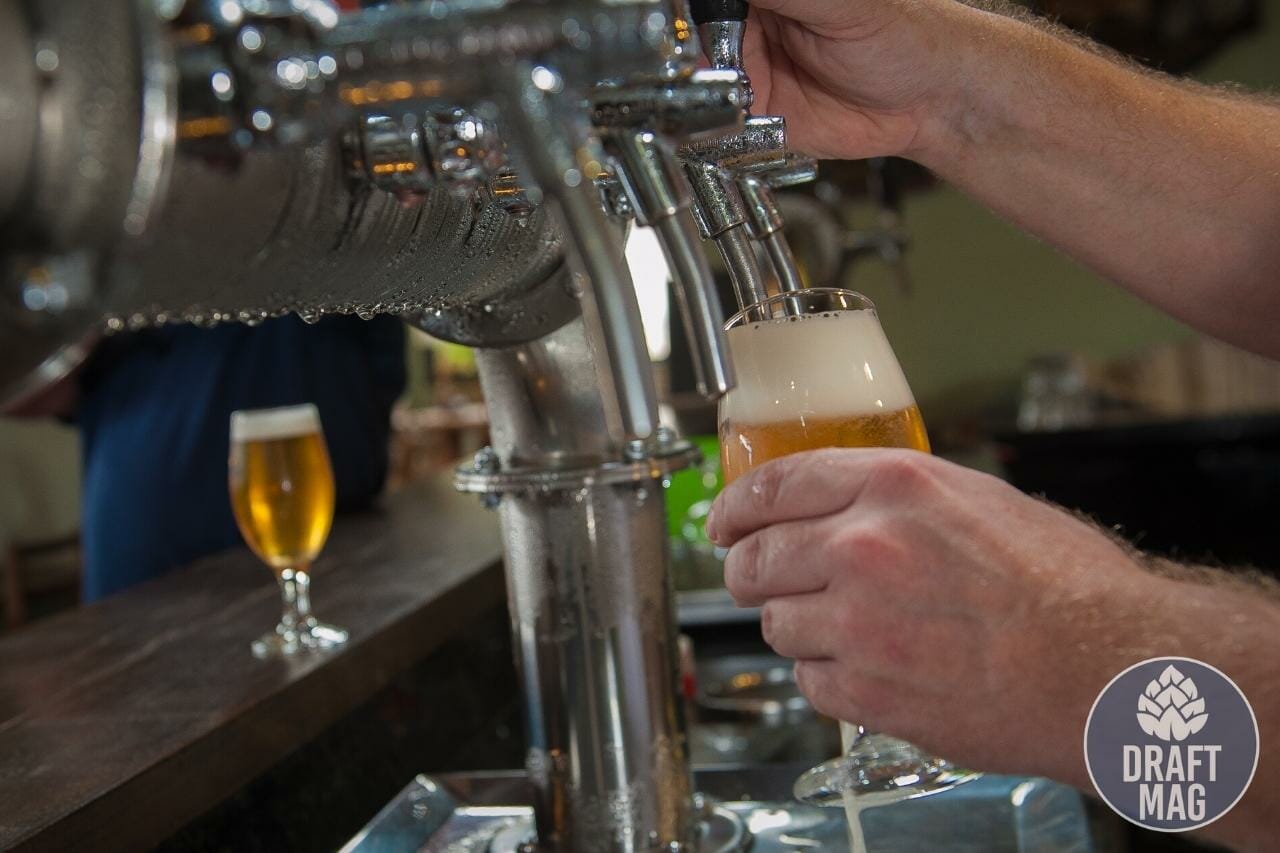 Thornapple is located about an hour away from downtown Grand Rapids, but its address is technically in the city.

One of the best breweries near Grand Rapids on our list, Thornapple Brewing Company is a brewery, winery and distillery, with a beer-inspired restaurant.

Like many of the new breweries in the city, it is focused on creating neighborhood vibes and does this through its weekly events from smoked dinners on Thursdays to karaoke on Fridays. There are 12 rotating taps with beers inspired by Belgian, American and British styles. Check out the Barrel-Aged Emily Victorious when in Thornapple.

There are two Harmony locations in Grand Rapids, one in Eastown and the other on the West Side. The Eastown location offers the best Michigan pizza, while the West Side is designed as a beer castle and located in a brick building standing for over a century.

When you visit Harmony Brewing Company, you should try out their Grote Pier Double IPA, but expect more hoppiness than usual. As for Harmony Hall, the top beer is the Tupelo Honey pale ale, ideal for easy drinkers. The two breweries have similar food menus, but the beers are different.

HopCat is known for being one of the fastest-growing beer chains in the United States, and it opened first in downtown Grand Rapids in 2008. Its concept as a multi-tap beer bar caught on quickly, and it now has 17 locations beyond cities.

But you can go back to where it all started by visiting their original location in Knapp’s Corner. It is a small brewing operation, with only about six house beers on their exhaustive tap list. You should try out the Beer Right Meow, their first distributed house brew.

Another top brewery in Grand Rapids is Speciation Artisanal Ales, constantly experimenting with different kinds of fermentation. You can expect something new whenever you visit the taproom, from mixed and spontaneous fermentation to wild fermented beers. They combine this with local ingredients grown in Michigan and should be one of the best craft breweries on your list.

When you visit Speciation Artisanal Ales, you should try out The Laurentian Series, which contains spontaneously fermented beers. You can also give the Cuvee with Marquette Grapes a try, or check out the Genetic Drift farmhouse ale for something new.

Expect a flow of creativity and deliciousness when you take beers from Arvon Brewing Co. Located in Division Ave S, the brewery focuses on intense fruit-flavored sour beers and their famous hazy IPAs. But their beers are not widely distributed, so you should check them out whenever you’re in Grand Rapids.

Some of the top recommendations when you visit Arvon include Creative Flow, a NEIPA; Cool Whip with hints of lactose and graham crackers; Double South Haven, a double NEIPA; and Full Spectrum, a sour kettle beer with notes of key lime, blueberries and cherries on the tongue and nose.

Although the original location of Jolly Pumpkin is in Dexter, they also have an impressive taproom located in Grand Rapids. Like their first location, the Jolly Pumpkin GR offers beer, pizza and bar food. There’s always something new to expect when you visit their taproom, as they are constantly coming up with new recipes.

Some of its beer styles include Belgian-style brews, American saisons, barrel-aged sour beers and farmhouse ales, so if these resonate with you, add them to your potential destinations. Their saisons are incredibly brilliant, and you can try out Bam Biere, Bier de Mars and Keiki No More when you visit.

Next on our list is one of the oldest Grand Rapids microbreweries, B.O.B.’s Brewery. It was founded in 1997 and is the first microbrewery to open in the downtown area. Well-known for its craft ales, the brewery gets its name from the four-story complex it is located in, as B.O.B. stands for “big old building.”

There are ten taps to look out for and a delicious tap list with beers like Wit Rabbit, Full On IPA, and Spaceboy Stout. They also have an extensive food menu with a variety of pub foods. B.O.B.’s Brewery offers the popular neighborhood vibe, organizing karaoke every week and live music.

If you’re looking for a taproom that is open all the days of the week, you should check out New Holland Brewery. It is located at the entrance of West Side and is known for reinventing traditional beer concepts to give a refreshing and new brew.

Their craft brews come in a wide range of styles depending on what you like, from the Little Piglet session IPA to Passion Blaster, a fruit beer. Besides the beer, you can also order spirits, wine, cocktails and cider from the taproom and the food on their seasonal menu.

Atwater recently opened a new location in Grand Rapids, and if you’re familiar with this Detroit-based beer chain, you’ll know what to expect from this branch. Located in the downtown area, the taproom features a modern and sleek design that makes any beer lover feel welcome.

They have a wide range of beers and seltzers to offer. As the taproom is open daily, you can try out the Purple Gang Pilsner or Decadent Dark Chocolate whenever you visit. They also have primary and secondary seasonal and fruit series like the Whango Raz.

Another one of the best microbreweries in Grand Rapids Michigan is Creston Brewery, located right in the heart of Creston. A group of eclectic people drives the brewery focused on giving customers only the best and most unique beer, along with delicious food and an inviting ambiance in the taproom.

Creston Brewery is also community-focused and has diverse beers on tap. Many of their top brews at Creston are heavy hitters, with alcohol content closing on 9 percent. You can try out The Prototype and Spottieottiedopaliscious. For something more drinkable, the Turkish Stout is a great idea.

You should also check out Fountain Hill Brewery whenever you’re in Grand Rapids if you’re looking for something different and fun. The brewery is under the Grand Rapids Community College, and you can enjoy craft beers made by the students in the brewing program.

It’s a great place to visit to learn more about beers, and the students will guide you through the tasting. They also feature an appetizers menu to pair with your beers. If you want a bold experience, Fountain Hill is an ideal choice. Keep in mind that it is always closed during semester break.

A Look at the Grand Rapids Beer Scene

As established earlier, there’s a lot to expect from a city that has won Beer City USA twice. The city has breweries regularly opening, too, as the beer scene is constantly changing, so you can always expect something new and fun when you visit.

The downtown area of Grand Rapids is quickly developing for tourism, and you can expect to see a lot of breweries, pubs and other attractions in this area. 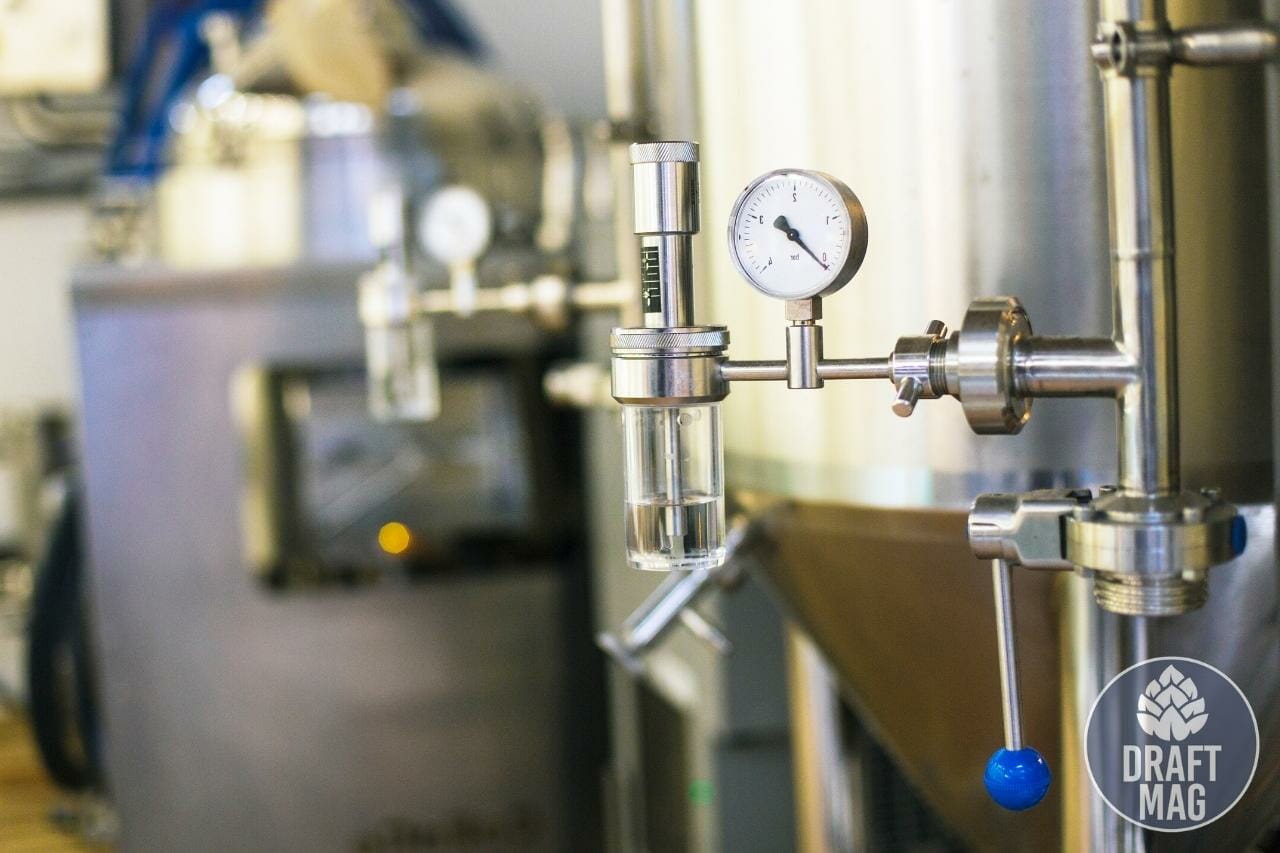 If you visit Grand Rapids, and you should as a beer enthusiast, there’s so much in store for you in these top 17 breweries. There’s always something new to expect, from their beer styles to the taproom ambiance.

Mark Grand Rapids on the map for your next brew tour, and check out our favorite picks.