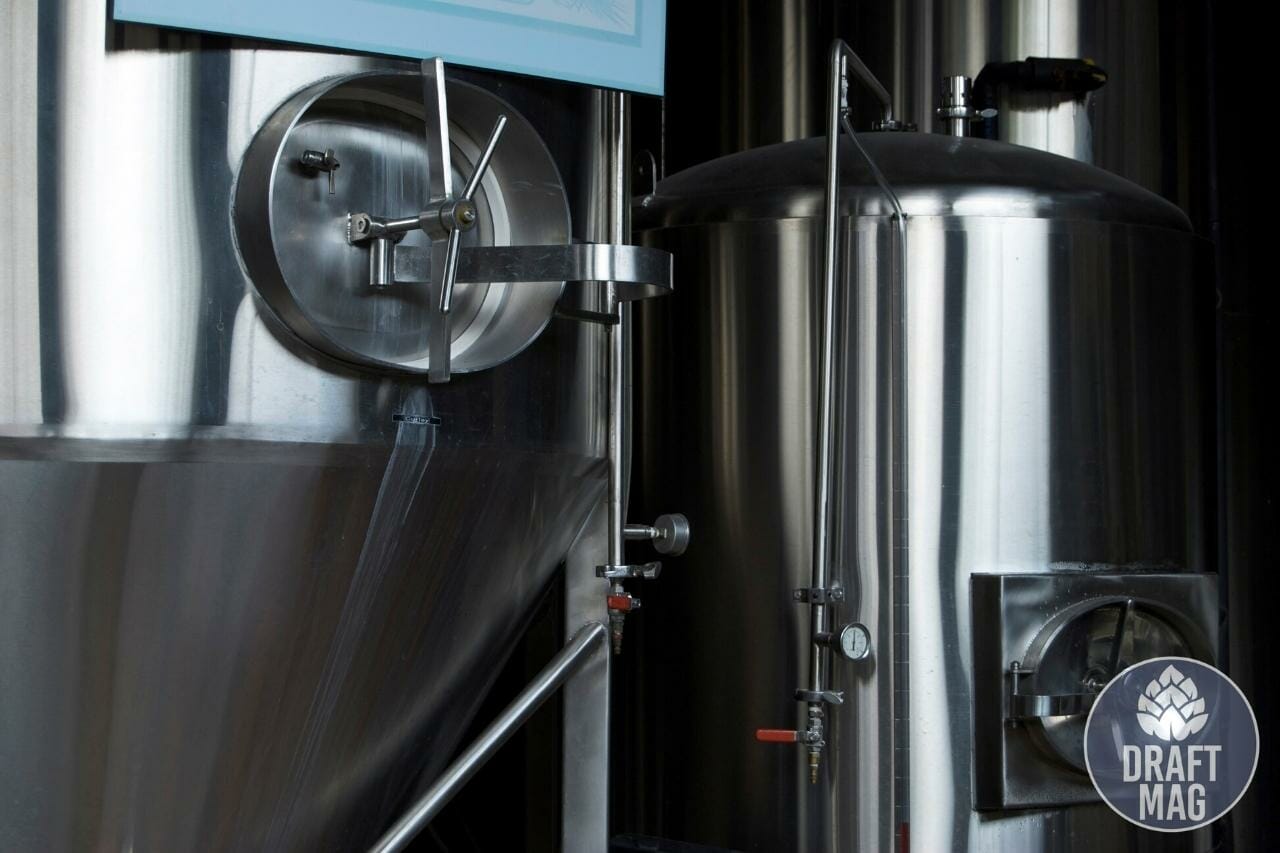 Checking out Omaha breweries is a good idea if you’re in Nebraska and planning a beer tour. As the biggest city in this U.S. state, it has a vibrant beer scene with top breweries and establishments that you can visit.

You can visit the Benson Brewery for a family-friendly establishment, Brickway if you’re interested in more than beer, or Infusion for a vintage-themed brewery.

After exhaustive research, we have compiled the best Omaha breweries for you to choose from. Let’s take a look at them below.

Our top brewery in Omaha is Benson Brewery, situated at the heart of the Benson neighborhood. Since it opened in 2013, it has remained a fantastic place for tourists and locals to visit whenever they want delicious food and drinks.

It also sets itself apart from other brewpubs in the city with its family-friendly design and kids’ menu. When you visit Benson Brewery, you can check out the Blonde Bunny. You can even get two-dollar craft beers when you visit the brewery on Sundays.

Next on our list is an ideal destination for beer lovers who want to enjoy farmhouse ales. Farnam House Brewing Company is located in midtown Omaha and features a spacious taproom where you can enjoy delicious food and drinks.

The brewing takes place in the basement, which you can visit to see the process. Aside from farmhouse ales, you can also expect a delicious tap list of German lager, stout, bock, sour beers and some unique brews. Try out their Gratzer or Kriek beers when you visit in the summer.

Although this is well-known as a restaurant, many locals love this place because of the delicious beers this Omaha Nebraska brewery makes in-house. The Jaipur Brewing Company and Restaurant features a wide range of Indian foods.

Not only this, but you can enjoy delicious beers like the Jalapeno Ale or their flagship beer, the Jaipur India Pale Ale, while having a delicious meal. The brewing company has two locations in Omaha, so you can visit whichever is closest to you.

Named after its founders, Bobby Kros and Scott Strain, Kros Strain Brewing Co. is another top establishment in the city. Their experiments make them extremely popular in Omaha as they are known for playing around with flavors.

Whenever you visit, you can always expect something different on tap. You can look out for the Fairy Nectar London Double Dry Hop at Kros Strain, as this hoppy beer won a medal at the Great American Beer Festival in 2018.

Lucky Bucket Brewing Co. first opened its brewery in 2008 and has soon expanded to include a distillery called Cut Spike. The brewhouse has a wide range of beers, which means that enthusiasts can easily find what they’re looking for when they visit.

Their tap list is full of hoppy brews, stout styles, barrel-aged beers, and tart sours. Once a month, Lucky Bucket organizes a brewery tour, so you can visit to check out what happens behind each beer. We recommend you try out the Pre-Prohibition Lager, the first beer they ever released, although the Tropic Wonder is a delicious choice too.

Another one of the finest breweries in Omaha Nebraska that offers tours is the Pint Nine Brewing Co. located in La Vista. Although it is a relatively new addition to the beer scene, it has already attracted a wide following of locals so you should definitely check it out.

The brewery features year-round and seasonal brews, and there are usually popular food trucks parked around the taproom. Some of their top beers include the Session Red with a 4 percent ABV, or you can look out for more unique seasonal brews such as the Wishful Thinking Coconut Stout or Mole Mole Mole! Brown Stout.

Although Soaring Wings started as a vineyard and winery, the establishment has expanded to offer a diverse range of beers from its brewery. It is now one of the top places to visit for beer in Omaha, with delicious options on tap each time you visit.

However, Soaring Wings is a bit farther than the other breweries on our list so you might have to drive a bit. The drive is worth it though, as they also have different gluten-reduced beers on offer and some high ABV brews. You can try out the Pegasus Pilsner, an Oktoberfest beer, or the Sour Raspberry Wheat for a fruity flavor.

One of the oldest breweries in Omaha is Upstream Brewing Co, as it was founded in 1996. It is a large brewery combined with a restaurant, offering all kinds of beer styles you can think of. The child-friendly establishment is in Old Market and features shows like magic performances on Tuesdays. 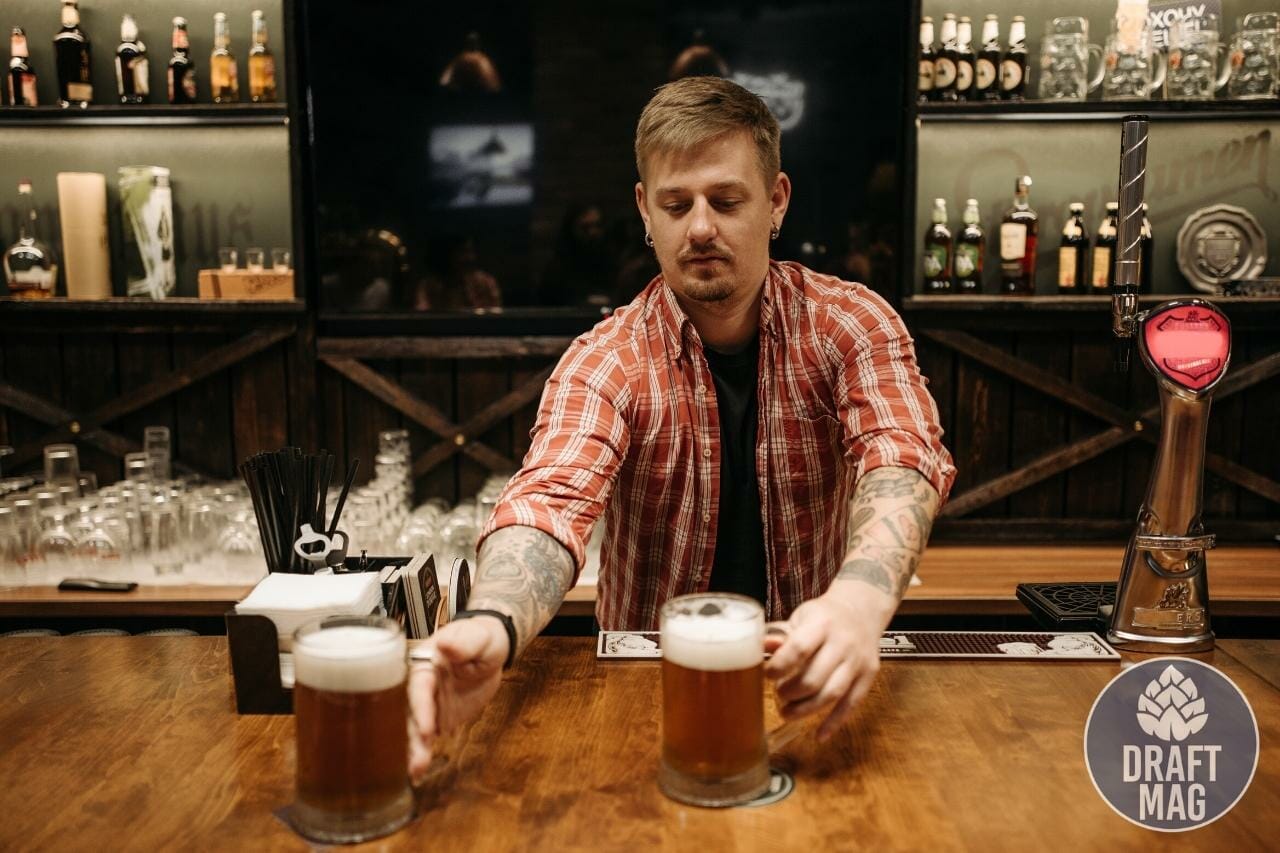 You can check their beers out in West Omaha or downtown Omaha, and the latter is between The Slowdown and Film Streams, offering more fun stuff to do.

An impressive list of artisanal lagers and ales on tap include year-round, seasonal, and collaboration beers. We recommend you try out the Copper Alt beer when you visit Zipline Brewing or the Bourbon Barrel-Aged Stout.

If you’re looking for a fantastic place in Omaha to enjoy delicious beers and good company even in the afternoon, Brickway Brewery and Distillery is the ideal choice. Their taproom and pub are in Old Market, a prime spot for any restaurant. They also make whiskey, gin, vodka, rum and bourbon, if you’re interested in other alcoholic beverages.

They have different award-winning craft beers for you to choose from, including the Jalapeno Pineapple Pils, which got a gold at the GABF. Omaha locals will also recommend other popular brews, including the Epic Blackout barrel-aged stout and Omaha Stylee Juicy IPA.

Infusion Brewing Co. first opened its brewery in Benson, but it has opened two other taproom locations in West Omaha and downtown Omaha. The Benson location features an impressive, vintage concept that makes you feel at home while drinking their unique brews.

Look out for the Vanilla Bean Blonde on their tap list whenever you visit. We also recommend the Glazed Donut Milk Stout and Organized Chaos Double IPA.

Jukes Ale Works is one of the newer breweries in Omaha, opening its doors in 2019. Although it is still new, the Omaha microbrewery has become a hot spot among the locals, as it offers diverse food and drinks from its taproom and restaurant. The family-owned establishment allows you to order their beers or visit to drink.

You can even hang out on their rooftop tents with friends and family while enjoying their beers. Their top core beers include the Ninja Juice IPA, Elkhorn Oil Stout and The Harvester.

Empyrean Brewing Co. is the in-house brewery of Lazlo’s Brewery and Grill. This place is known as Nebraska’s original brewpub, as it opened in 1991, but it remains a popular place among beer enthusiasts in Omaha.

This local brewery Omaha has over 45 beers and distributes its cans to over 2,000 retail locations in Nebraska. Some of their top brews include Long Route peanut butter porter, Watch Man IPA and Third Stone Brown ale.

Nebraska Brewing Co. is another one of the oldest brewing companies in Omaha, but what makes it stand out is its title as the most award-winning brewer in Nebraska. The taproom is also kid-friendly, and you can participate in their brewery tours to see how they make their top-rated beers.

You can try out the Brunette Nut Ale, Nebraska Pils, Cardinal Pale Ale and their IPAs when you visit. Aside from the core beers, they also release series and seasonal beers for customers to enjoy.

Another top Omaha craft brewery is Scriptown Brewing Co, located in a prime spot in the Blackstone District. It is known for partnering with other small businesses in Omaha to provide diverse and delicious brews for customers. They even have beer floats made with ice cream from Coneflower Creamery.

They stick to the traditional beer styles at Scriptown, and all their beers are locally made. You can check out the Nutjob Brown Ale, Yotus IPA or the Muddy Mo Amber Ale.

Thunderhead Brewing first opened in Kearney in 1999 but has now opened two other locations in Omaha, depending on what you prefer. The two locations are beer-only and kid-friendly, but you can take your food to the West Omaha location, while the downtown Omaha brewery site accepts dogs and other pets.

There is a wide range of ales and lagers to choose from when you visit Thunderhead. Golden Faru is one of their top core beers, and Leatherhead Red is a good choice, too, so be sure to check these out when you visit.

Vis Major Brewing Co. is our final recommendation for anyone visiting Omaha for a beer tour. This is a friendly neighborhood establishment that makes anyone who visits feel welcome. Aside from beers, visitors can also enjoy cocktails and food at the pub, and Vis Major sometimes organizes free tours for all visitors.

You can check their beers out online or visit the pub in person for the full experience. Some of their top brews include the Highland Brown Ale, If This Be Treason Hazy IPA and the Dreamlover Floral Sour.

Omaha does not only offer breweries and brewpubs for enthusiasts but has other establishments that would make your tour unforgettable.

It’s no wonder the city is a top beer destination with places like Beercade 2 where you can visit to play retro games and drink delicious brews. You can also check out Crescent Moon Ale House, Krug Park, Omaha Tap House, the Library Pub, Local Beer, Patio and Kitchen, and the Casual Pint.

There are different reasons why Omaha is a top beer city, and its wide range of beers and establishments is an essential part of this. You can visit many places if you’re a beer enthusiast, and you’re sure to find something you’ll enjoy, whether you go to a brewery or one of their unique pubs. 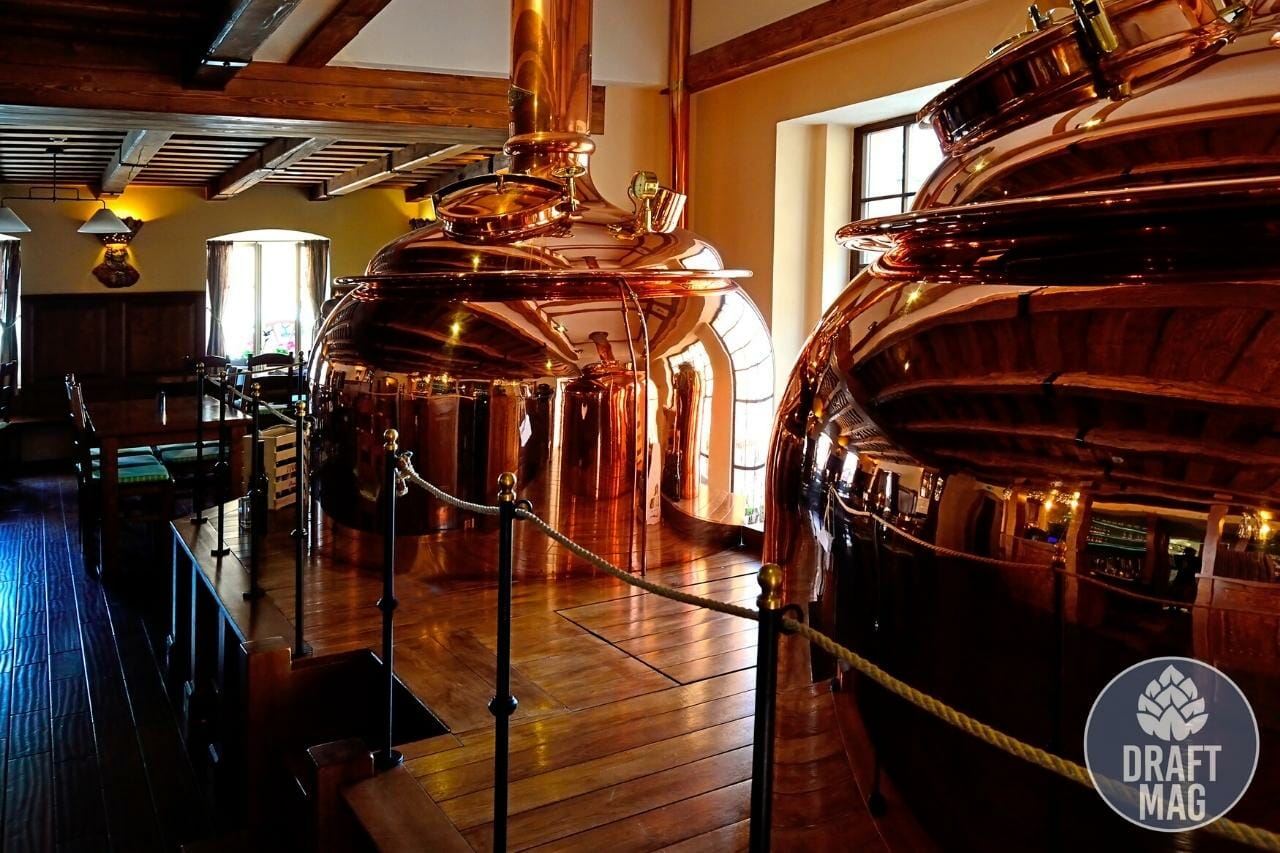 If you’re ready to experience the beer scene in Omaha, you can start with the top 17 breweries we have recommended on our list.

So when you’re planning a beer tour, these best breweries in Omaha, Nebraska should be on top of your list.