Choosing the best rice beer brands to enjoy can be challenging as the beer market is saturated with lots of them. Many breweries are also catching rice beer fever and are including them on their menu. 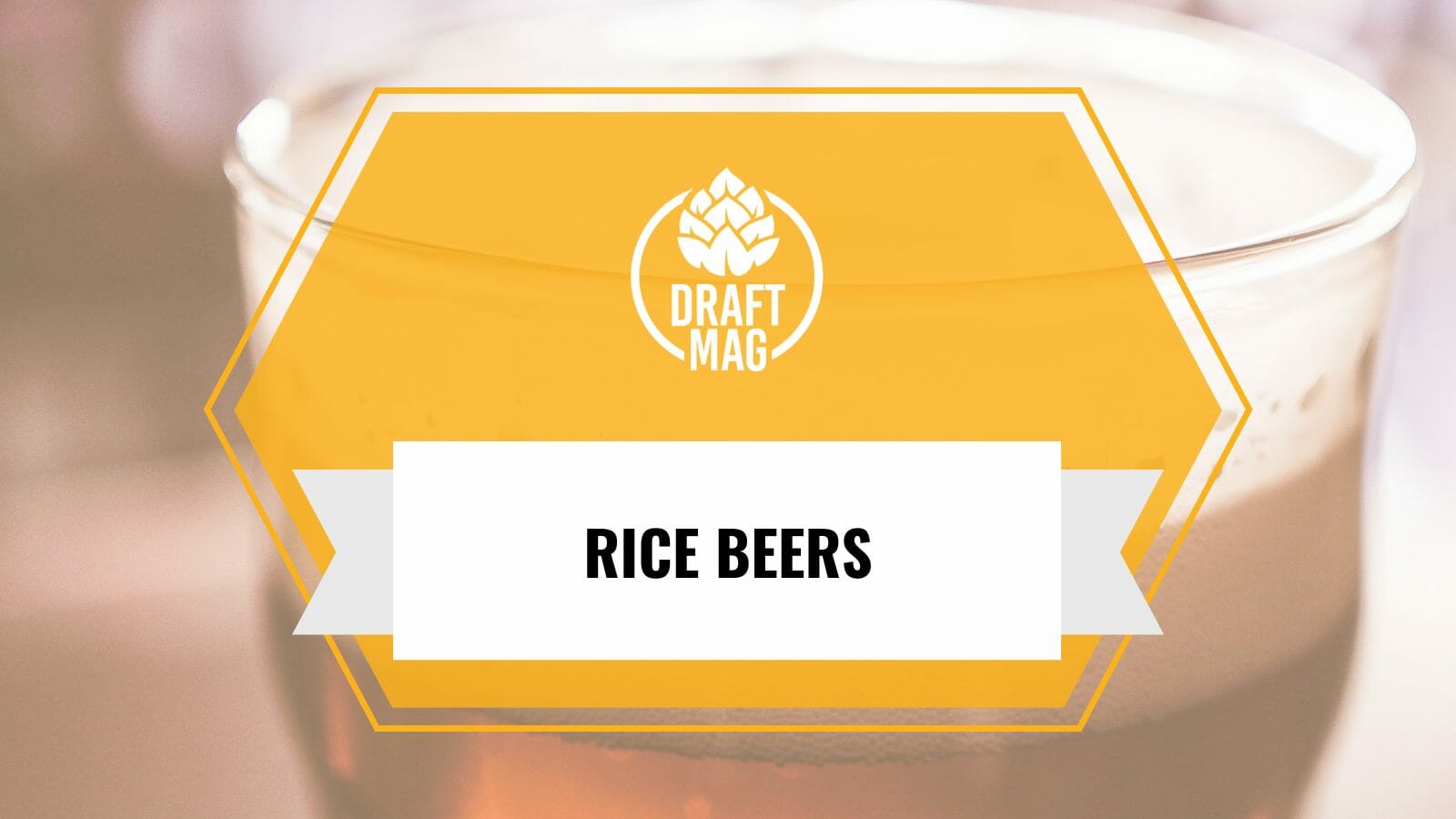 Going through all of them to determine the best ones that suit your taste and lifestyle can be a mountain climb. Fortunately, our experts have done the sampling for you, so relax as this guide takes you through the best rice beers on the US market.

Here is a definitive list of the best rice beer brands you can find.

One of the most popular rice beers on the market is the Samurai Gazebo, which is brewed by the 3 Floyds Brewing Company. The beer has a slightly hoppy flavor mixed with hints of bread, citrus, grass and lemon peel. 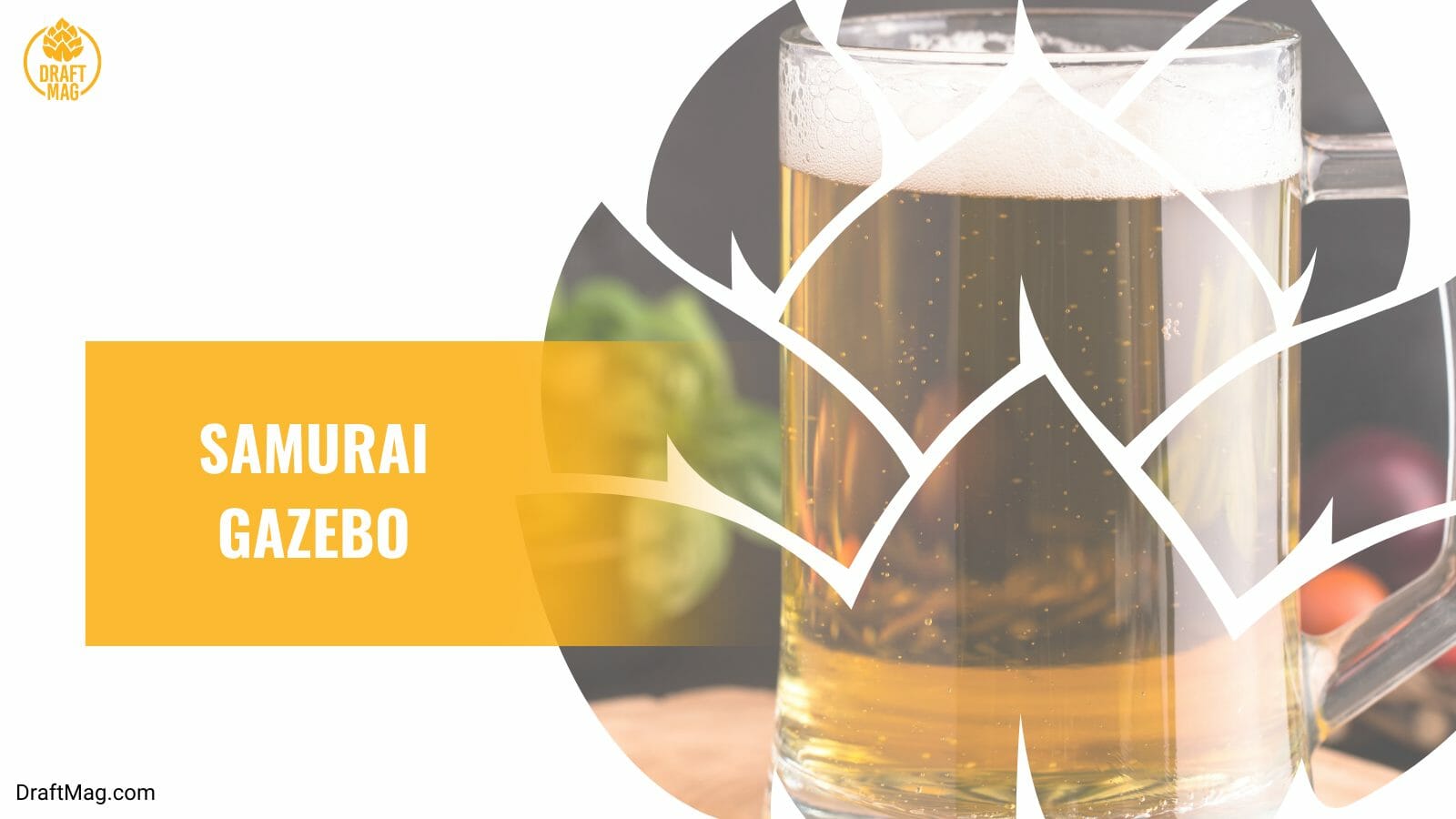 The taste showcases hints of grass and malts followed by the unmistakable Sorachi Ace hops, which give it a sharp taste. The beer finishes with floral notes and tropical fruits that linger, with hints of light hops in the mix.

Samurai Gazebo pours a lucid amber hue and showcases a three-finger white head that lingers until the last drop and leaves behind beautiful lacing. It also features great carbonation with a light mouthfeel and a clean finish, which can be grassy. Samurai Gazebo tries to recreate the Kirin flavor that is notable in Japanese lagers.

This popular Japanese lager has an ABV of 4 percent, which gives room to explore more of its rich flavors and taste. It has an average rating of 3.9 out of 5 stars on most beer rating platforms, which is a testament to its quality.

Another beer that has a 3.9 rating is the Supra Deluxe by the Modist Brewing Company, based in Minnesota. The lager pours a lively pale straw hue with good carbonation that results in a fluffy white head with wonderful lacing. 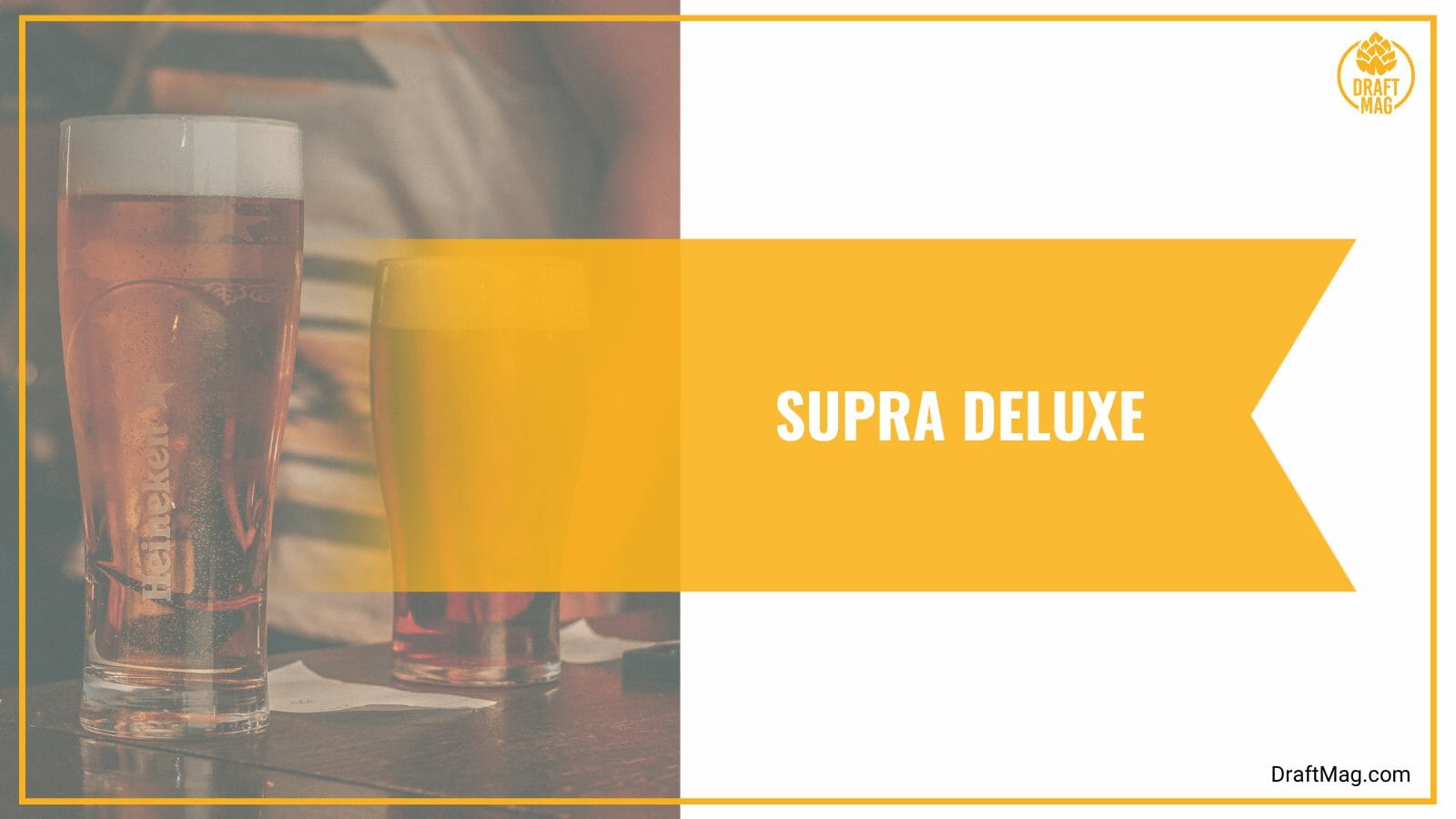 There is the smell of orange with bursts of lemon and some hoppy aroma in the mix. You can taste the rice, malts, and some sweetness in there balanced by its hoppy character.

Overall, the beer has a smooth mouthfeel and a crisp taste that is rich and ends with a clean and dry finish. Supra Deluxe is a thirst quencher, so it should be gulped down as quickly as possible. It has an ABV of 5 percent and no IBU and goes perfectly with salads. It is a perfect summer drink.

Next is the malty Japanese Rice Lager produced by Harland Brewing Company in California. This ale boasts of the famous Jasmine Rice and Toasted rice flakes flavors, mimicking the famous taste of beers brewed in the Japanese lager styles. 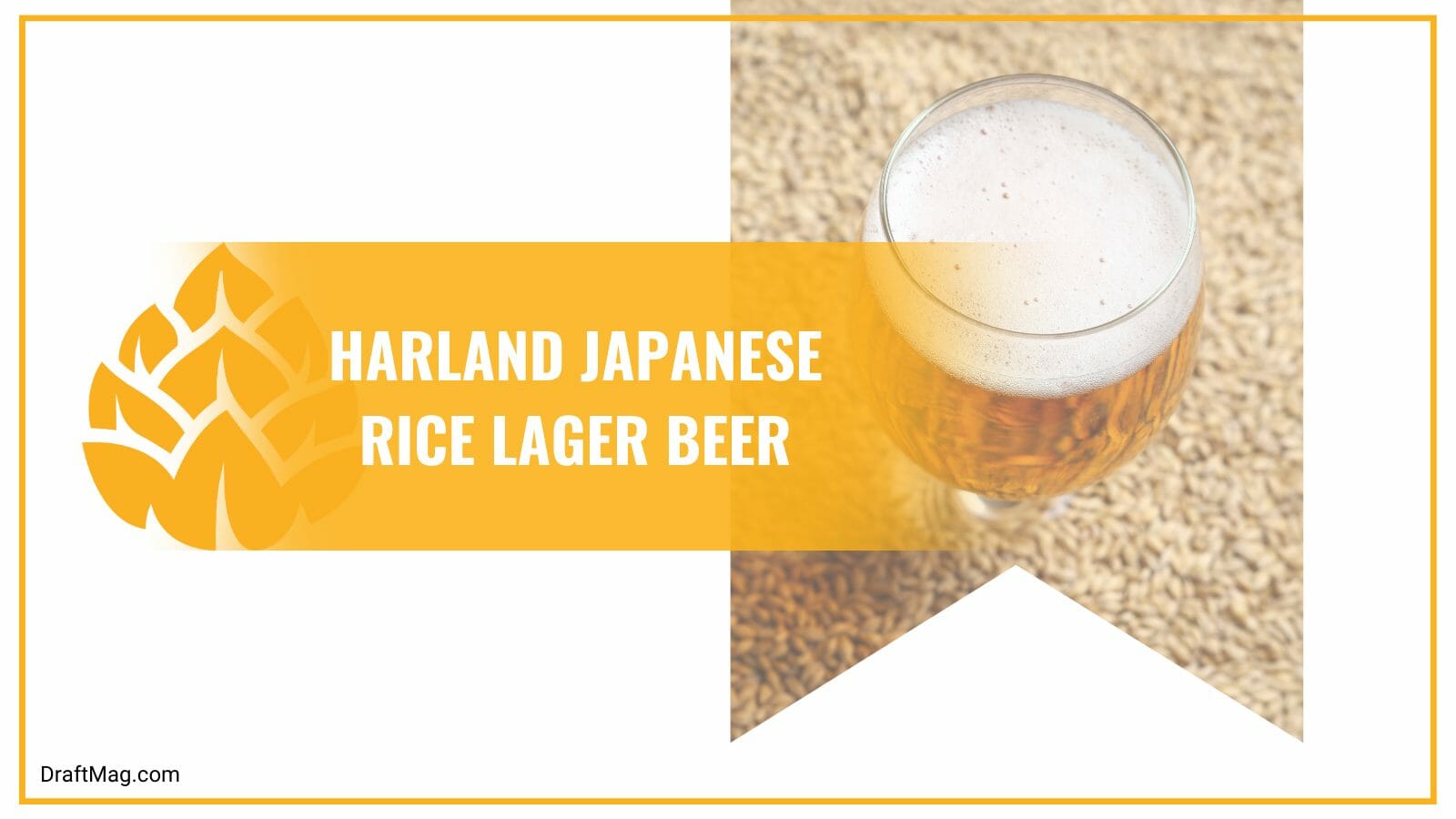 The candy sweet beer pours a bright amber color with a frothy head and nice retention. The beer has a round body that leaves a foggy lacing in its wake.

Aside from the obvious rice aroma, you can smell some sweet grain, herbs and floral notes along with some grass. The taste is malty and bready with Jasmine rice and hints of barley tea and orange. This well-lagered beer has an ABV of 5 percent and showcases an oily mouthfeel, lively carbonation and a medium dry finish. The Japanese Rice Lager is a zesty, refreshing beer that is light-bodied with a slightly yeasty character.

– Side of Rice Moonlight

Moonlight Brewing Company’s flagship rice beer, Side of Rice, is a crowd-pleaser with its awesome taste and sweet-smelling aroma. With a rating of 90 percent, the light-bodied ale showcases a pale amber color topped by a thin head that surprisingly lasts.

The aroma is citrusy with notes of lemon, floral, and cracker malt grain, which complements the scent of puffed rice. A sip of the delicately lagered beer reveals diverse flavors including light malts, lemon, and citrus with hints of steamed rice.

The beer has a smooth mouthfeel accompanied by a crisp finish, which is common with beers brewed in this tradition. Side of Rice Moonlight has a 4.7 percent ABV, which is great for such a refreshing ale and features no IBU. If you like drinking your beer with food, then sushi is the perfect complement to this wonderful lager.

This golden ale has a lime-forward smell mixed with grains and features notes of citrus and lime to give it a well-balanced aroma. The dense-bodied beer showcases an array of flavors including malt, grass and lime. 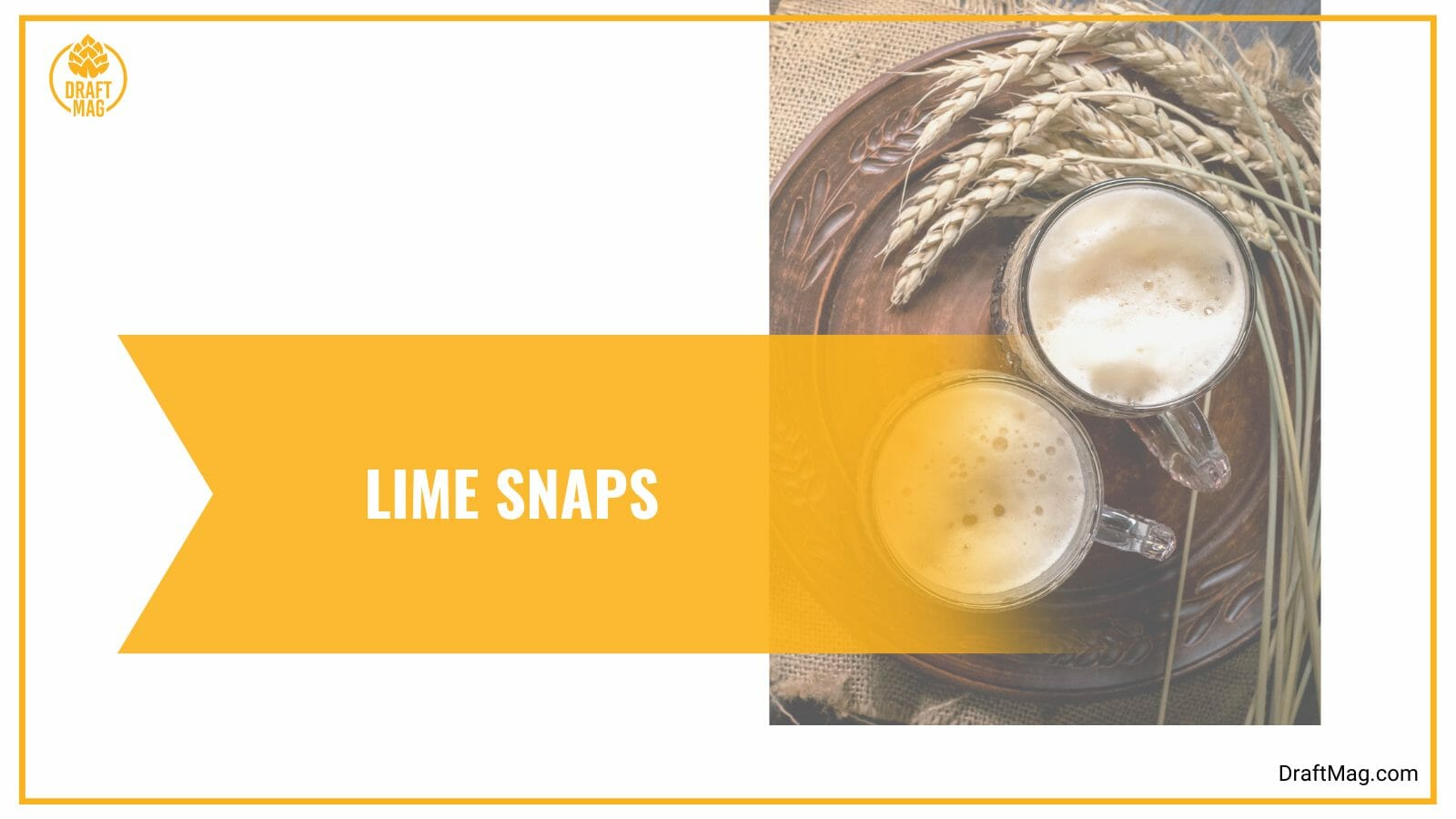 Pour it into a glass and you won’t miss the fast-rising bubbles that make up the thick crown. The beer has good retention and beautiful lacing that indicates each level of the beer after chugging.

The mouthfeel is crisp with a limey and citrusy finish that excites the palate. Hopped with Saaz and Saphiz, the beer boasts a 4.5 percent ABV and has great carbonation. This beer is not overly sweet like some rice beers on this list, instead, it perfectly balances the sweet flavor with the tartness of lime.

This gluten-free rice beer pours a hazy golden orange color with a thin head that lacks retention and lots of lacing. Gowanus Gold features a lemon-forward aroma but you cannot miss the smell of floral hops, bread, grass, and rice. 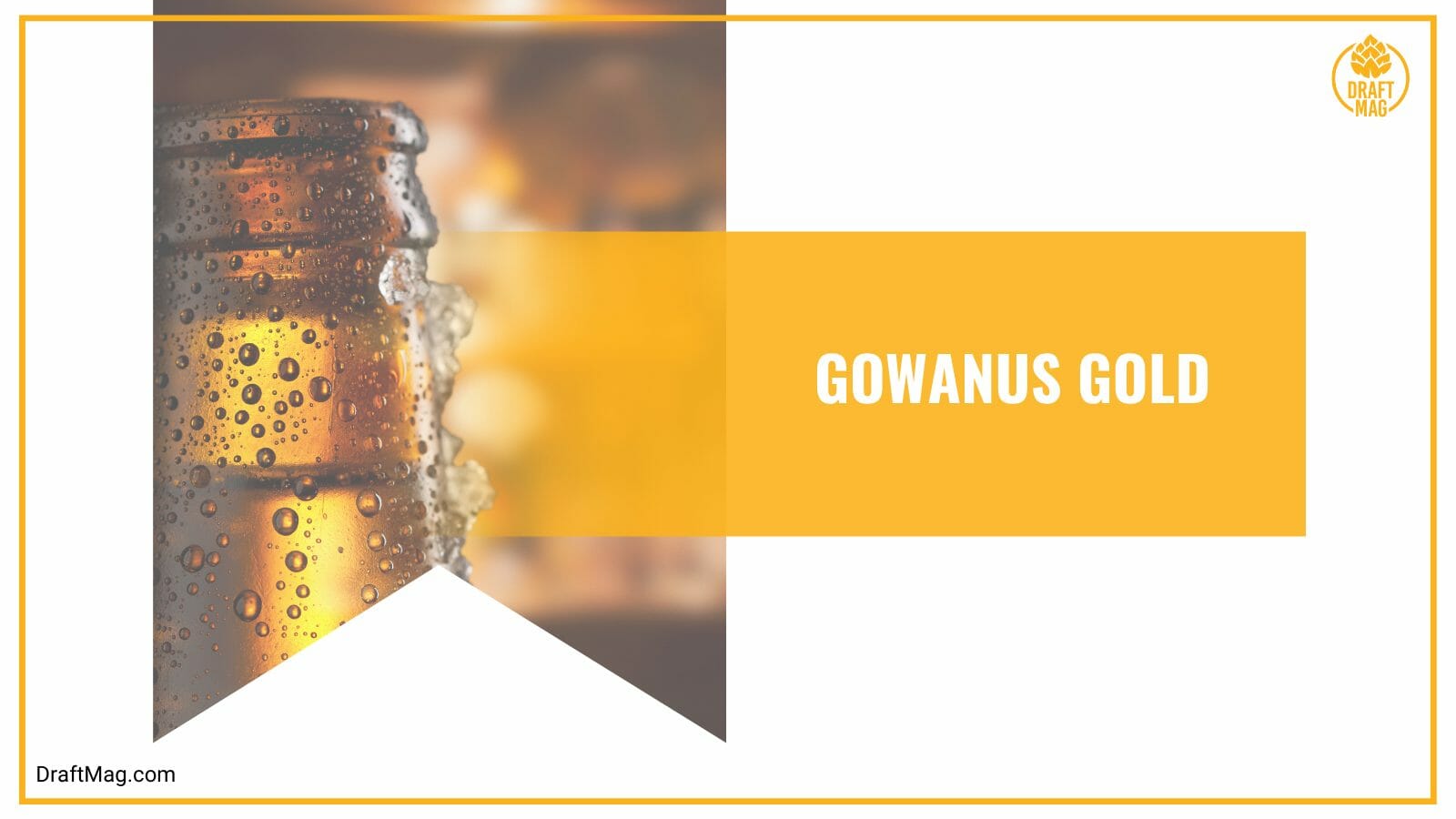 The taste follows the smell as there are subtle hints of lemon, citrus, malt, and floral hops. The lemon flavor is not overpowering though, as it is followed by the citrus and floral hops and ends with a smooth and crisp malty finish.

Brewed by Threes Brewing, New York, this ale made from rice and no wheat has a light body with good carbonation and a dry finish. It feels smooth and clean on the tongue and goes down easily with popular Japanese dishes like sushi. Its ABV is 4.6 percent and it has an average rank of 3.8 out of 5 stars on beer review sites. Gowanus Gold is perfect for a warm evening with friends or family at your favorite taproom.

Hayabusa is another gluten free rice beer crafted with American barley, toasted flake rice, and Canadian pilsner. The beverage was then hopped with the spicy German Hallertau and Mittelfruh hops. 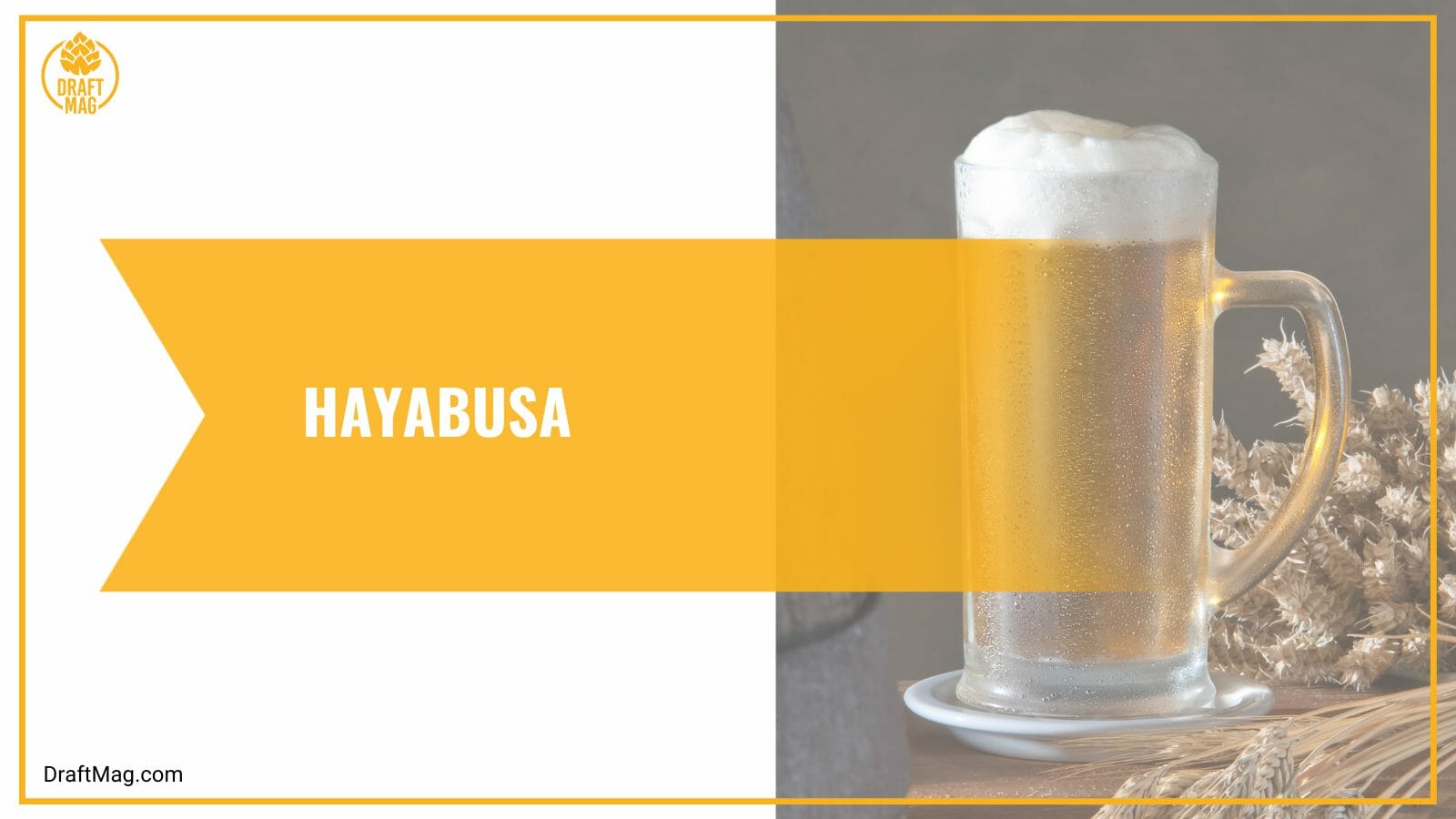 The aroma is soft on the nose with notes of cereal grains, floral hops, rice, ginger, oats, and soy. This beer showcases a cooked rice flavor similar to Rice Krispies with notes of honey, Cheerios, toasted white bread, and some bell pepper.

When poured, the Asian rice beer gluten-free features a pale amber color with a plethora of bubbles rising to the surface at varying speeds. There is also a foamy head that dissipates slowly as the content of the glass is being downed. It is brewed by Beachwood BBQ & Brewing in California and exhibits a slightly higher ABV of 5.3 percent. It is one of the best craft beers for the summer when paired with sushi.

This Japanese-style lager is super dense with a pale hazy color typical of all pale ales. It is grainy on the nose with mixed notes of vanilla cake, malt, and pilsner dough. Its taste is no different as you can feel sweet cereal dough, rice, vanilla, and floral hops with a touch of bread. 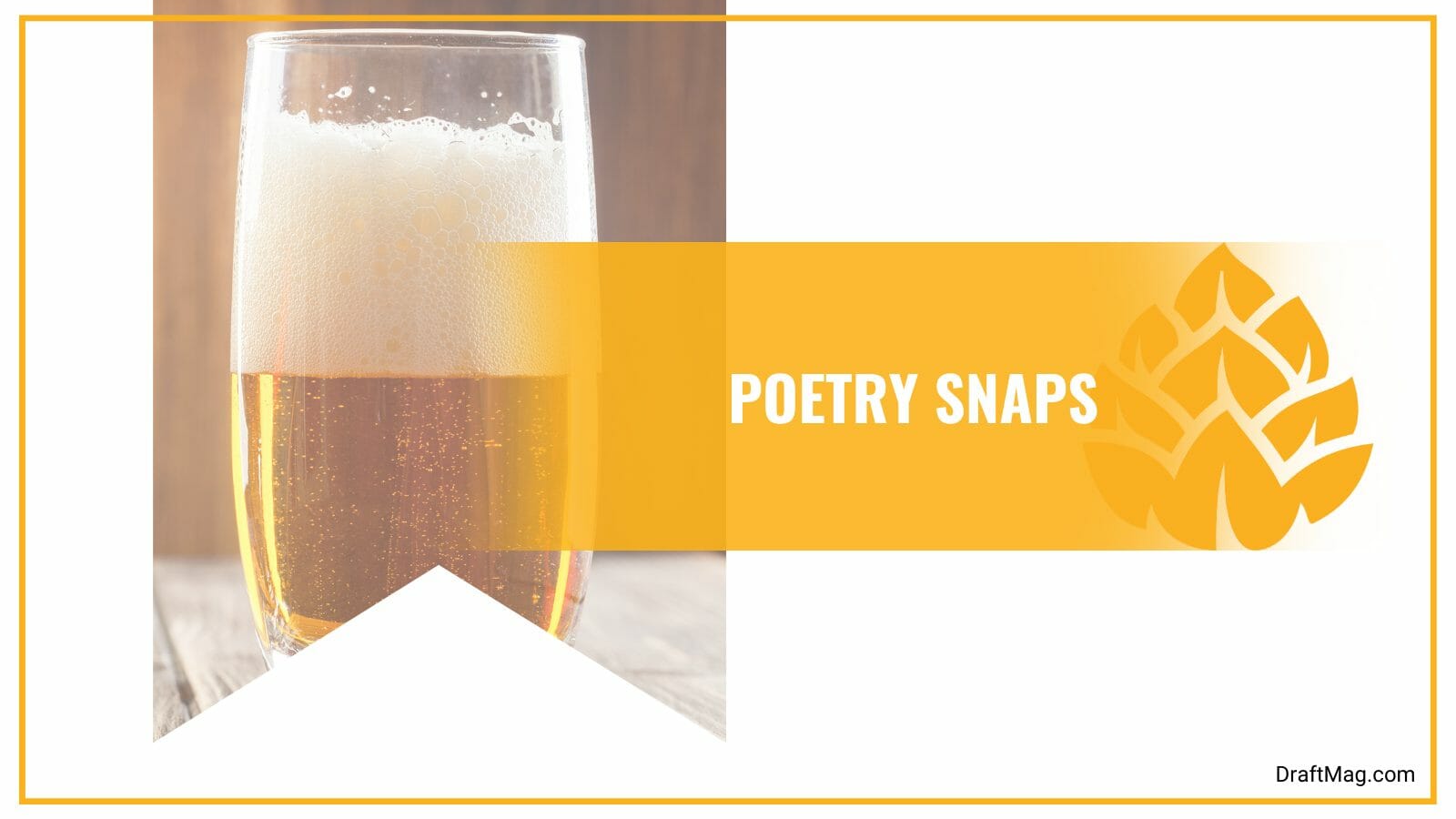 It features a two-finger thick crown with golden bubbles and has good retention. Poetry Snaps is a medium-bodied American rice beer with medium carbonation that gives it a great mouthfeel.

Crafted by Other Half Brewing Company in New York, the beer is packaged in an attractive silver-colored 16 fl oz can featuring a hand snapping its fingers. Poetry Snaps also features the highly popular Saaz and Saphir hops, which add a bit of a spicy character.

The dry and crisp ale has a 4.5 percent ABV and can be consumed in any season, regardless of the weather.

Tennõ Dry pours a transparent pale ale straw hue with a thin crown that dissipates slowly with each sip. The beer has a rice-forward aroma with a pilsner malt character, lemon, a bit of rosemary, and floral herbs. 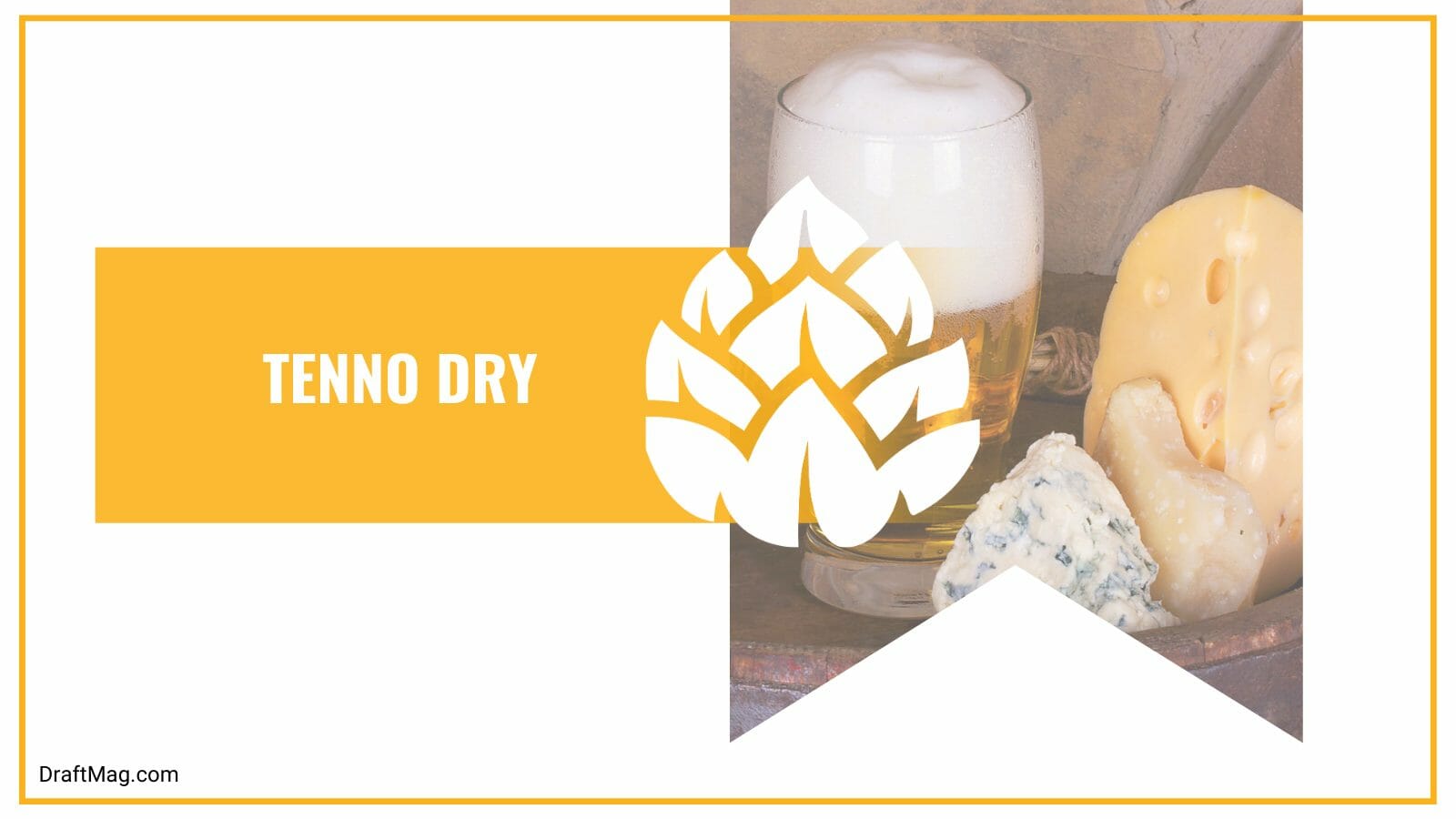 The first flavor that meets the palate is sweet grain, which is followed by zesty citrus and lemon grass and a dry herbal finish. It is a super clean drinkable beer that matches perfectly with pizza and salads.

The rice beer is produced by Schilling Beer Company in New Hampshire and is packaged in a 16 oz can with attractive black and red labeling. Its ABV is 5.8 percent and it provides excellent company on a hot summer afternoon.

The Hanamachi rice beer has a stronger personality than Asahi, but has a clean smooth taste that is reminiscent of Bud Light. It smells of the usual rice aroma mixed with malt and corn and hints of white grape skin. 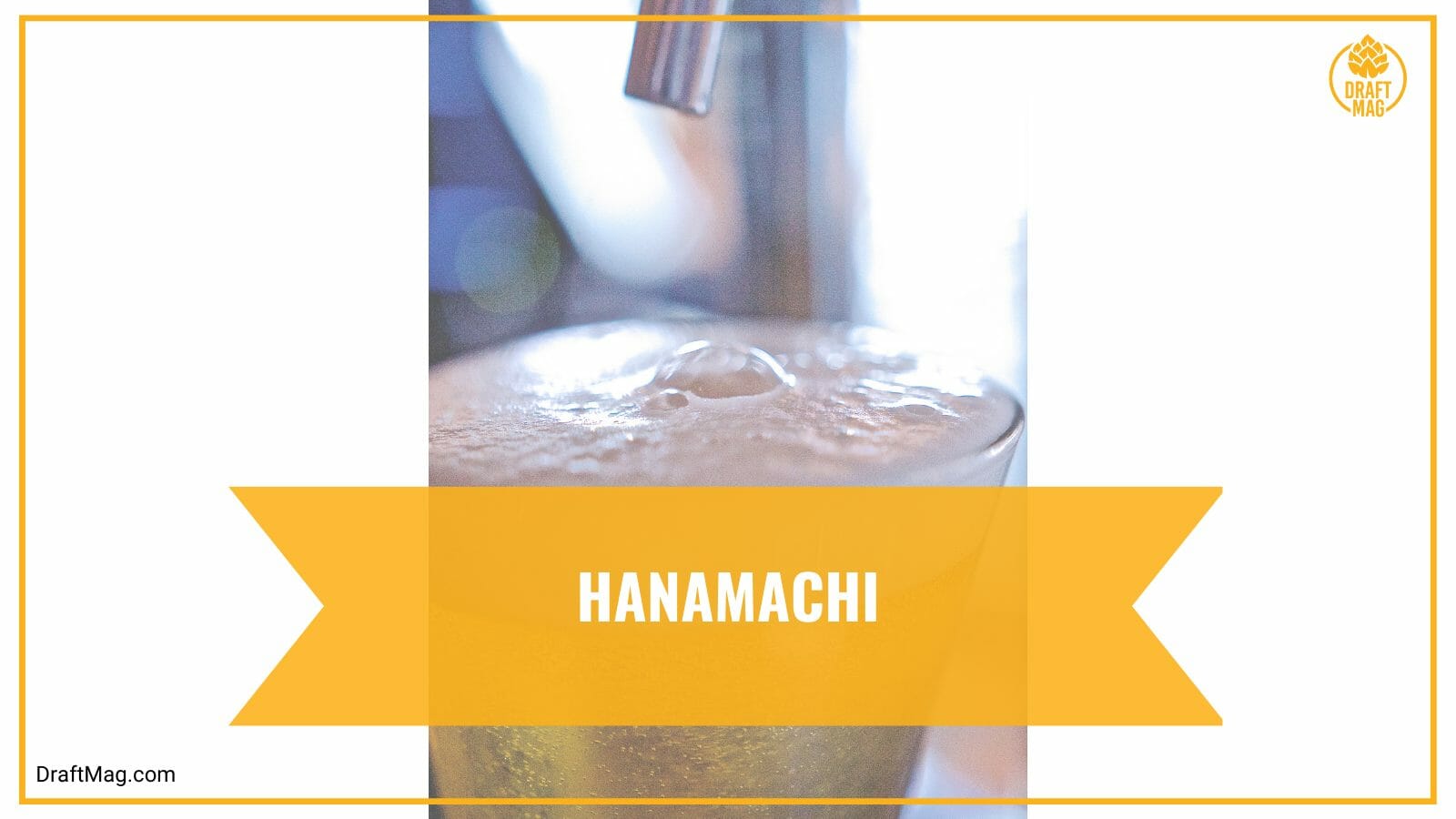 The beer features grassy malts flavors with lemon, rice, sweet malts and floral hops that balance its sweet taste. Hanamachi has an ABV of 6.3 percent, which is higher than an average beer brewed in the Japanese tradition.

The craft beer pours a pale amber hue with a bubbly character and a thin crown that dissipates quickly. It is crisp with a clean dry finish and a touch of hoppy bitterness that lingers. Hanamachi has medium carbonation that gives it a light body and goes down well with sushi.

With an average rating of 86 percent, this rice-based sud produced by Elder Pine Brewing & Blending Company boasts a quaffable crisp lager that pours a golden pale hue. Its aroma is a bit bland with notes of green tea, pale lemon, green apples, wheat and sweet grains.

The taste follows the nose with some initial bite of green apple and sweet tea, which is quickly followed by sweet grains and golden wheat with a lemon grass finale. The beer has a texture and medium carbonation with a dry and crisp finish that’ll make you want to down some more.

When poured, the beverage features a creamy frothy crown that lasts and an appealing golden color. Kankitsu is slightly alcoholic with a 5.5 percent ABV and has an attractive light body and a refreshing taste. The sud has an overall fruity taste and matches perfectly with spicy dishes or rice-based foods.

Crafted by SingleCut Beersmiths in New York, Big In Japan is made from one of the finest rice recipes in New England IPA traditions. The beer boasts a high alcoholic volume of 6.6 percent, with a tongue-tickling effervescence. 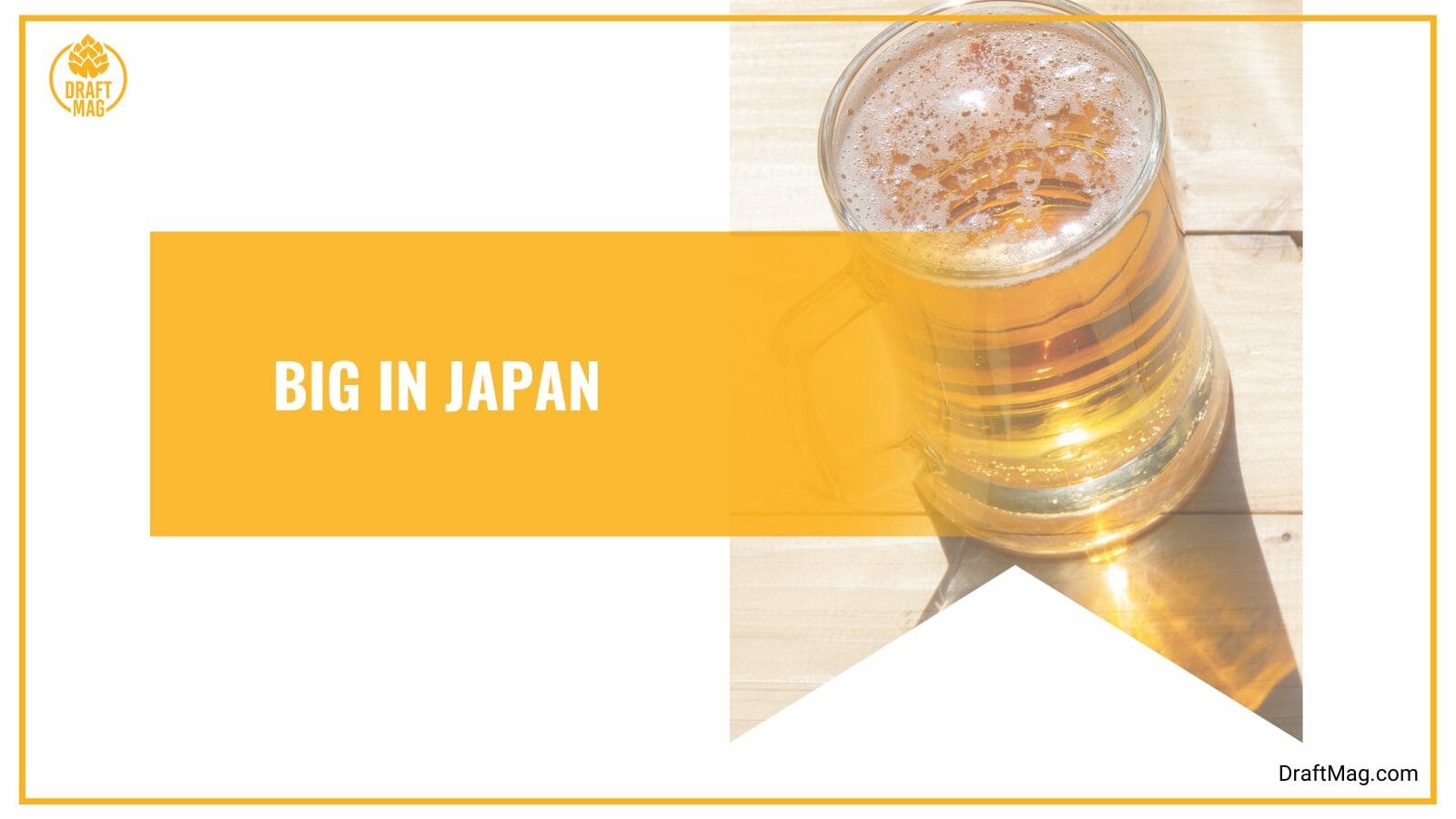 Big In Japan has an opaque orange color with a thin head and minimal retention. It has a colorful fruity aroma featuring tangerine, mango, papaya and orange.

The taste packs a punch of mango, papaya, grapefruit, pineapple and citrusy fruits that gives it a well-balanced flavor. It is well-carbonated with a medium body and has a smooth mouthfeel that is a bit sticky on the tongue. Overall, this beverage is zesty with a burst of citrusy aromas and flavors, which is great for summertime.

The final beer on our list is the ever-refreshing and highly drinkable Willow Blade gluten-free rice beer crafted by Hudson Valley Brewery in New York. Willow Blade has a burnt straw color with a large creamy head and sparkling bubbles. 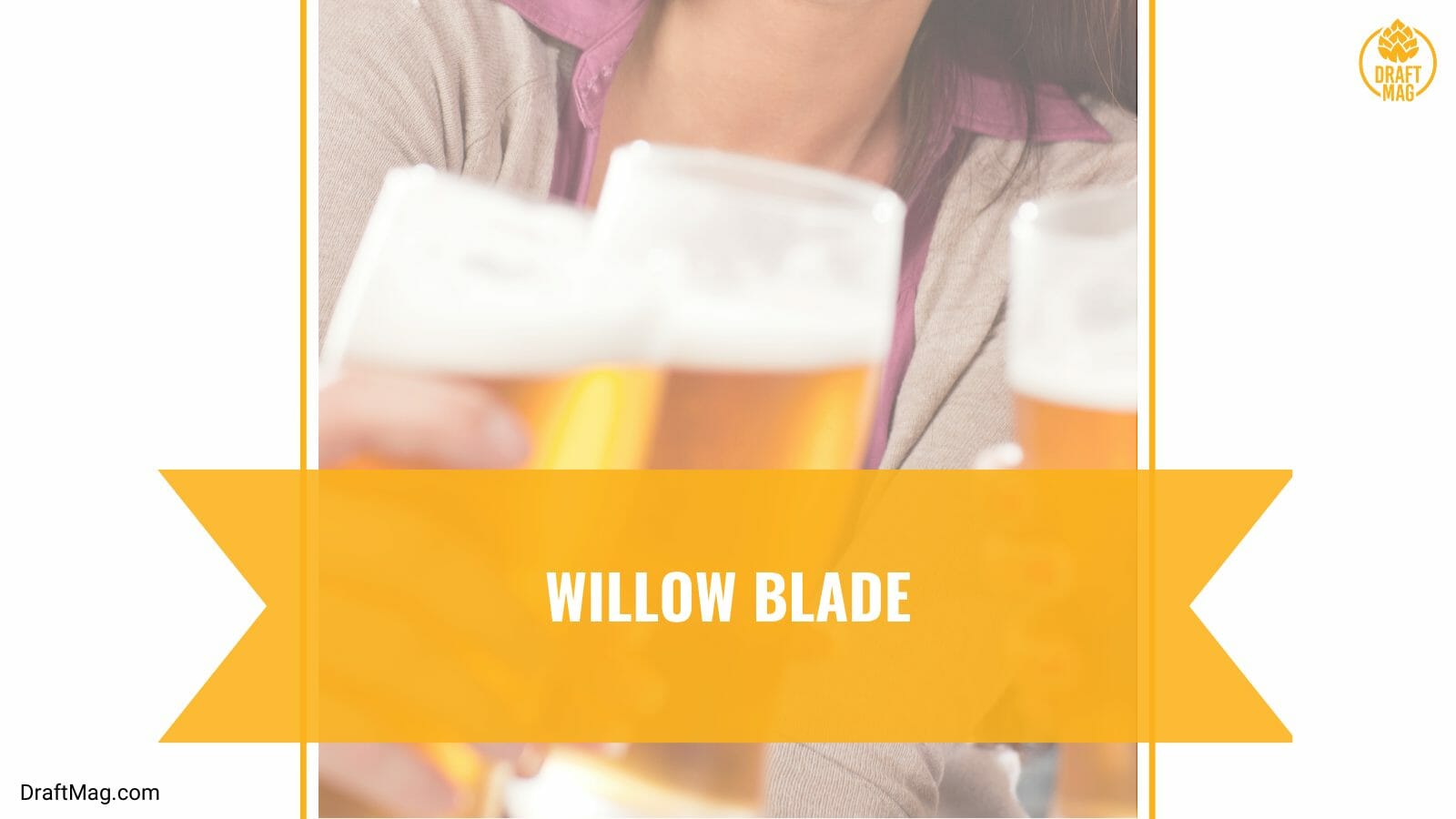 The beer has a rice-forward aroma, which is not surprising, mixed with hints of sweet biscuits, honey and floral hops. There is also the taste of honey, malts, grass and hops, which gives it some bitterness.

The sud’s ABV is 6.0 percent with no IBU, but it has lively carbonation and a medium body. Willow Blade has a semi-dry finish with a chewy mouthfeel and a smooth flow. You’ll be pleasantly surprised by its crisp feel and firmness.

This complete guide has looked at the best brands of rice beer in the US chosen by our expert beer enthusiasts and connoisseurs. Here is a summary of all that we’ve read so far:

On the whole, rice beers have an ABV within the range of 4.4 to 6 percent. However, they are very drinkable and refreshing and perfectly match rice-based dishes such as sushi.