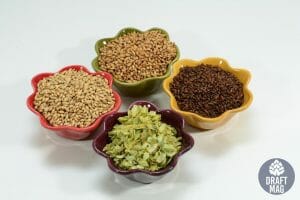 Stone Hazy IPA is a smooth and refreshing beer filled with different hops. It is a style of American IPA featuring intense flavor, hop aroma and tropical fruit centric. If you like to try something unique, you should go for this absolute citrus bomb of a beer.

However, before buying the beer, take a look at this detailed review first to know what to expect.

This beer is an American IPA with a strong, tropical fruit-focused hop flavor and aroma. In contrast to traditional IPAs, it has a greater body, a smoother flavor, and less apparent bitterness. It is aggressively dry-hopped to the point of being hazy.

This beer has all you want from an American IPA. You can also enjoy some of your favorite meals with it, and you definitely won’t be disappointed. Here is a comprehensive review of the hazy beer which will soon become your favorite.

The beer comes in a colorful 16-ounce can. It pours with an opaque, hazy clarity and a golden hue. A rocky white head with beautiful lace and big bubbles is maintained throughout the beer.

There is little to no barley aroma, but citrus and piney hop characteristics dominate. Some graham cracker-like maltiness emerges as it heats. Although malt is subdued, it can be detected as toasted.

The initial aroma is reminiscent of freshly baked dough with a hint of malt sweetness. Grainy notes become more pronounced as the beer warms. This sample shows a low hop scent with low citrus and very low pine characteristics.

Once in the glass, the beer’s aroma will become more prominent and will most likely smell like malt, which is entirely natural.

The body and carbonation of this double IPA are both medium-light. Because of the beer’s less full body, it has a smooth medium mouthfeel with a little astringency from the hops. This delicious beer has mild to moderate carbonation, which mixes with the hop astringency to give the palate a drying impression.

The Hop has a low bitterness that overpowers the palate and slowly balances out the malt. Hazy IPA has a temporary light minerality. A touch of grain and grassiness is present up to the finish. This eventually leaves a neutral bitter taste lingering around the palate.

On the tongue, the CO2 bubbles appear small and slightly spiky, which goes well with the pleasant creaminess this beer offers.

Most American IPAs are known for their drinkability and clean flavor notes. The flavor of this beer begins with a mildly low-intensity doughy malt flavor that gradually fills the palate with modest malt sweetness. Then, a mild hop bitterness takes control to counterbalance the malt subtly.

This Stone delicious IPA has very little vanilla flavor, pine flavor, and tangerine and pineapple flavor from the hops. This beer has a faint, fleeting minerality. The end has a hint of grassiness and grain that gradually gives way to lingering neutral bitterness.

Complex hop taste without any one flavor taking center stage. You will also notice citrus rind, a hint of floral, citrus juice character and a light pine flavor. Serving this IPA too cold will dull its flavor, so avoid making this mistake. The ideal temperature to serve this beer is about 45 degrees Fahrenheit.

Stone Hazy IPA goes well with chicken because of its unique taste. However, ensure the chicken is sweet and sticky. The “harsh” taste of this craft beer makes it a great pair with sweet food like mango dip.

You can also combine this hazy IPA with fruity foods. For example, a fish ceviche containing chopped mango or a bowl of warm sweet corn chowder are great choices.

This Stone brewing beer contains several notes and hops to give it a refreshing and crisp flavor. However, it also contains general beer ingredients. These Stone Hazy IPA ingredients include:

A 16-ounce serving of Stone’s brewery contains 214 calories. It also contains 20 grams of carbohydrate and 0 grams of fat.

If you are watching your weight, Stone Hazy IPA calories and high levels of carbs can turn you off. However, it’s the ideal beer to enjoy in moderation. You might feel forced to take a longer pour after you taste the excellent fragrant blend in this IPA.

Stone Hazy IPA alcohol content is 6.7 percent. This is quite high for people with low alcohol tolerance, so it’s best to watch the amount you consume. In addition, the Stone Hazy IPA IBU stands at 35, judging from the different hops used in its brewing.

Greg Koch and Steve Wagner established Stone Brewing in San Marcos, California, in 1996. Their goal was to produce fantastic, tasty beers that would appeal to consumers who were dissatisfied with the industrialized beers that were then predominating the market.

They began the production of this fruity and Hazy brew on August 26, 2021. Since then, it has been a favorite of American drinkers around the country.

By now, you should have a clearer insight and better understanding of this Hazy IPA. Let’s have a quick review. 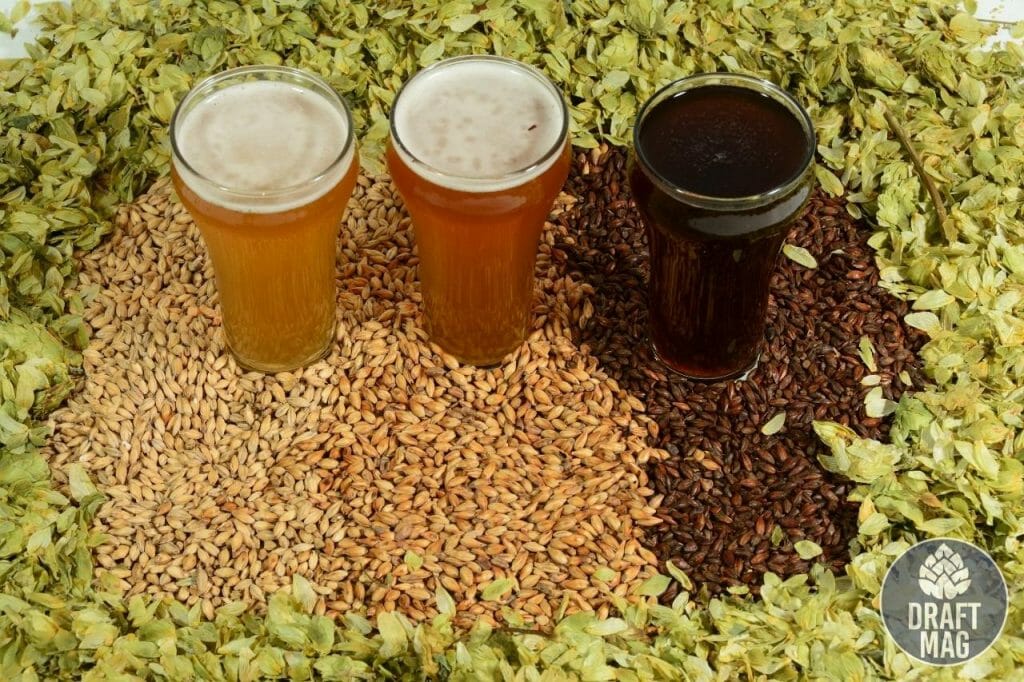 If you want a beer of standard and top-notch quality, get a bottle of the Stone Hazy IPA today. Go through this review again if need be to know why it’s the best beer for you!