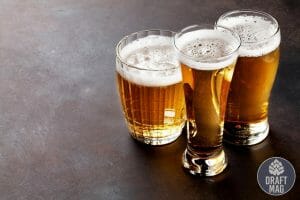 If you’re checking out our Voodoo Ranger Agent 77 review, you’ve probably heard about this fruity and floral American IPA. Brewed by the New Belgium Brewing Company, the India Pale Ale offers a citrusy and malty flavor.

The Voodoo Ranger Agent 77 beer isn’t shaken or stirred, with a medium body and flavors of malt and tropical fruits. Keep on reading this guide to know more about the beer.

The Voodoo Ranger Agent 77 is an American IPA with 7.7 percent alcohol content, brewed by the New Belgium Brewing Company. The Agent 77 beer has a hazy appearance, as it isn’t shaken or stirred, with aromas and flavors of tropical fruits, citrus, sweet malt, and mild spiciness. It finishes with medium bitterness, and all the flavors combine to give you a crisp and drinkable IPA.

Agent 77 is part of the Voodoo Ranger family, and the excellent choice of hops makes it refreshing despite the high ABV. When you have the American IPA, you should pour it in a goblet or chalice, as the large opening on top will accommodate the foamy head and display the bright color of the beer.

You should garnish the Agent 77 IPA with citrus fruits like orange or lemon slices and serve it cold. The Voodoo Ranger Agent 77 beer is an all-season choice, ideal for anyone who needs a refreshing IPA.

The Agent 77 IPA pours yellow gold with a cloudy and hazy appearance since it’s an unfiltered IPA. The beer features a foamy white head, up to a thumb’s width, with good retention. The head will hold up for a while, leaving strong lacing against your glass. Due to the carbonation, the beer is also really fizzy.

On the nose, the Agent 77 beer features aromas of citrus and tropical fruits at first. You might notice the scents of pears and citrus, with a malty background that reminds you of caramel. You can pick out aromas of melon, sweet orange peel, herbal bitterness, and Nelson hops.

As for the mouthfeel, the Voodoo Ranger Agent 77 IPA features a light to medium body. It feels crisp and fizzy from the carbonation, with a dry, spicy finish. The nice carbonation gives you a light and tingly mouthfeel.

The Agent 77 beer has a flavor that follows the fruity and malty aroma. It starts with many peaches, followed by sweet malts and slight wheat. The malt pushes the tropical fruit notes from the hops forward, with hints of peach, guava, white grape, orange, and passionfruit.

The beer has a flavor of medium bitterness and balances it nicely with some sweet malt and delicate bitterness. There is some slight hoppiness in the aftertaste too. You might notice flavors like pear and wine apple, with a light feel and mineral notes. The apple flavor reminds you of white wine.

When having the Voodoo Ranger Agent 77 beer, you can pair it with different kinds of foods. The beer goes well with Caribbean jerk-style chicken wings, Korean BBQ short ribs, AHI tacos with avocado, and roast beef deep with horseradish cream and pepper.

You can have the Agent 77 beer with heavy and fatty foods like deep-fried meats, sausage, and French fries. The craft beer pairs well with roasted, fried, smoked, and braised foods. The citrusy and fruity flavor of the IPA will go well with sweet desserts too.

As for the cheese pairing, you can pair the Agent 77 IPA with earthy and light cheeses like the Cambozola. The intense hop aromas of the IPA pair well with high-fat cheeses, as the hops’ bitterness, cut through the fat.

Since the Agent 77 beer is a classic IPA, you can have it with everyday foods like burgers, tacos, pizza, and meaty foods like chicken and pork.

The Agent 77 IPA is made with classic beer ingredients: malts, hops, yeast, and water. The malt list consists of pale malts, pilsner malts, and oats, which give it the malty backbone and wheat flavor. You should avoid drinking American IPA if you’re allergic to oats or wheat.

It is brewed with ale yeast, while the hops list consists of Mosaic, Strata, Pahto, and Nelson Sauvin. This gives it tropical fruits and citrus flavors, specifically peach, pear, grape, and passionfruit.

The Voodoo Ranger American IPA features a 7.7 percent ABV, which is a pretty high level for an IPA. The high ABV is well-masked in the aroma and flavor of the beer, so you can enjoy the fruity and maltiness instead. It also features 48 bitterness units.

The hazy IPA features 200 calories in every 12-ounce serving. The beer is not ideal for those on a keto diet because of the high-fat content and is not gluten friendly.

The Agent 77 beer is part of the Voodoo Ranger IPA series at New Belgium Brewing Company. All the beers in the series are innovative IPAs, all hop-forward, hazy, and bold, with hop and malt varieties.

New Belgium Brewing Company is based in Colorado, popularly known as one of the leading breweries in the state.

The Voodoo Ranger Agent 77 beer is a classic IPA giving you delicious flavors and aromas of tropical fruits and malts. Here’s a rundown of what we explored in this guide: 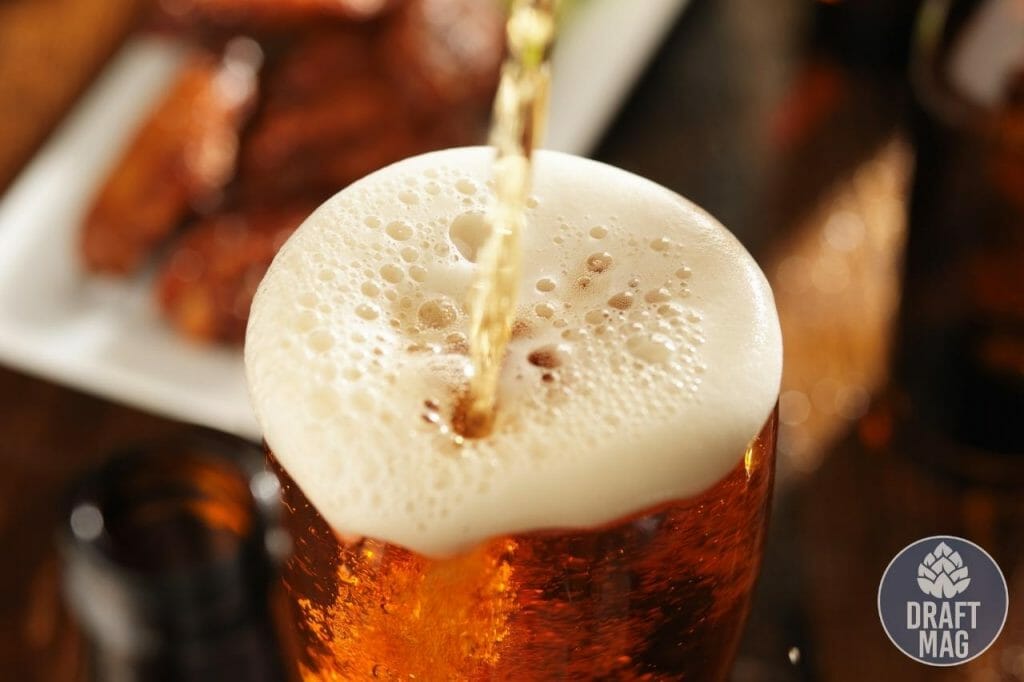 If you’re curious about the Voodoo Ranger Agent 77 beer, you can purchase it at liquor stores nearby or online. You can also visit New Belgium Brewing in Colorado to have it on tap.