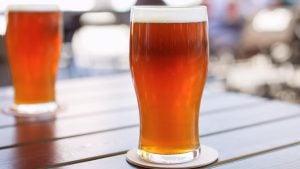 Have you ever wondered what makes IPA beer popular?

It’s no secret that IPAs are unique in their refreshing taste that will have you coming back for more. However, there’s more to IPAs than just taste and uniqueness.

Read this article to learn the secrets behind everyone’s love for IPA.

Why Are IPAs So Popular?

Indian pale ale is well known for its unique and deep color, making it a beautiful sight in both bottles or glass. It has a refreshing bitter-sweet taste that suits the taste bud, and its aroma reminds you of a combination of fresh citrus and pine. IPAs are made with whole fresh hops that are dried to a crisp.

One of the reasons IPAs are popular is that they can be found almost anywhere. Microbreweries around the country keep creating different styles of the drink, and individuals also try to create new styles of IPA craft beer all the time.

– IPA Is Regarded as a Safe Choice

If you cannot decide what kind of beer to drink, you can always fall back to IPAs. Beer enthusiasts love IPA because it can be taken anytime, anywhere. With Indian pale beer, you don’t have to worry about spending time finding a good beer.

You can never get bored with IPAs. Despite its popularity, you still get to have a new experience after each glass. The bitter taste and unique citrus flavors make you appreciate the beer when drinking. It’s a classic but feels new every time.

How IPA Became King: The Paradigm Shift in the Beer Industry.

The rise of craft beer has led to some fundamental changes in the beer industry. Most craft beer lovers have diverted their attention to IPAs, currently making them the most popular craft beer. The demand for IPA is constantly increasing, reducing the need for other craft beers.

Companies and beer experts are constantly searching for innovative ways to improve this drink. Their search led them to craft IPA, which has topped the market with its unique style.

IPA keeps the balance between classic and hazy, which is difficult to achieve. If you need a modern beer with a classic taste, you won’t be disappointed with IPAs.

From the early days of the west coast IPAs to the current lactose IPA trends, you can conclude that craft beer drinkers adore IPAs. It’s no wonder that IPA consumption is constantly increasing, no matter the style or flavor.

IPA sales have gone over the top, forcing companies to push harder to provide consumers with creative IPA inventions. The craft beer market is now in full expansion, with microbreweries creating IPA drinks in a variety of styles and flavors.

What makes the different styles of IPA drinks unique is the brewing techniques and ingredients used. They also differ in appearance and slightly in taste.

Below are some popular IPAs and what makes them unique.

As the name implies, this IPA style was first created in Britain. Unlike the west coast beer, British IPAs are very bitter and don’t have the usual fruity flavor.

Oat IPAs are known for their soft nature. They are usually brewed with oat milk or flaked oats and also have the fruity hop flavor.

The IPA style is also popular as a milkshake or cream IPA. It contains milk, sugar and vanilla. Lactose IPA tastes more like a milkshake with a very smooth feel.

The difference with Belgian IPAs is that they use Belgian yeast. They have a sweet and warm flavor reminiscent of bread.

What Makes IPA a Great Drink?

Here are some of the reasons IPA drinkers say they can’t get enough of this beer:

– IPA Has a Unique and Bitter Taste

The most notable feature of Indian pale ale is its unique taste. Any beer lover would appreciate the hoppy taste of IPA, and different IPAs have different tastes and flavors that make them unique. If you don’t enjoy the bitter taste of the beer, you can always go for the sweeter variants, which are equally as incredible.

Indian pale ales are usually filling, which means that you will be full with just a few glasses of IPA. To be satisfied, you don’t have to chug many glasses or bottles of IPAs. IPAs also last longer than most beer types, so when drinking IPA, make sure you drink slowly to savor the flavor.

Whether you are a beginner or an expert drinker, there is always an IPA for you. IPAs come in double and session forms, where double IPAs are much stronger and darker than session IPAs. Double IPAs also contain more ABV percentage than session IPAs, which are muted. As a beginner, you should start with session IPAs before making your way to the stronger drinks.

One of the distinctive features of IPAs is that they use fresh ingredients, which greatly add to their flavor. The whole hops used in making IPAs are usually sourced fresh and dried a few weeks before brewing. The fruits used in making the craft beer are also fresh, making it a delightful and healthier drink.

How Does IPA Taste?

IPA beer has different tastes, depending on the beer style and the kind of flavor used. The majority of IPA recipes are made with Citra hops, which provide various flavor layers that give IPA its unique taste. Popular hops varieties used in creating IPAs include Hellertau, Amarillo, Chinook, and Mandarina. 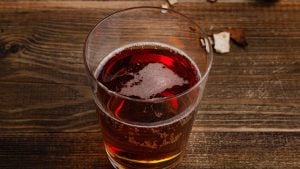 Some IPA beers may taste like citrus, while other IPAs may taste like different tropical fruits. Some flavors may even have a grassy or flowery taste. The hop content always gives you a bitter but refreshing taste no matter the flavor used.

IPAs taste great during the summer or winter.

Its fresh and hoppy taste makes it the perfect beer to drink during the summer, and when taking IPAs during the winter, you will enjoy the hazy, warm taste that makes a cold day bearable.

Why Do Some IPA Beers Have Terrible Effects?

Some IPAs have terrible effects on the body for many reasons such as allergic reactions, excess drinking, poor storage conditions, and other factors. Below are some of the reasons why IPA beer may cause some inconveniences to your body or may taste weird.

Storing IPA under the wrong temperature makes the beer lose its fruity taste. With this in mind, the ideal temperature for storing IPA is 50 degrees Fahrenheit.

The high ABV content in IPAs causes hangovers that have mental and physical effects on the body. If you drink too much IPA all at once, your body will most likely react negatively. Excessive IPA consumption could also lead to dehydration. To avoid such effects, ensure that you drink alcohol moderately.

Since IPAs use natural and fresh ingredients, they are best served fresh. It will gradually lose the distinct IPA taste when the beer stays unopened for too long. The hop taste dissipates, and the drink loses its fruity flavor. To avoid this unpleasant taste, always drink IPA within one to two months after brewing.

The Future of IPAs

There’s a reason why IPA is referred to as the “king of beers.” Throughout history, Indian pale ale has found its way to the hearts of beer lovers from generation to generation. IPAs have been in existence since the 1800s, and the drink has experienced its fair share of highs and lows. Although IPA beer has been known to lose its touch in the past, it always comes back bigger and better.

Judging from the historical perspective, we expect IPA to lose its favor sometime in the future, but if the beer eventually falls out of popularity, you can always expect it to return with a bang. IPA is currently making waves in the craft beer industry as more companies keep brewing different styles. To establish their brands, brewers always find innovative ways to improve the beer and literally bring something new to the table. 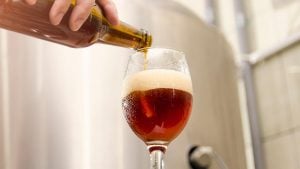 Now that you have learned why IPAs are more popular than other kinds of craft beer, let’s quickly go through the key points of what we have discussed in this article.

IPA has a timeless appeal that makes it an exciting drink at all times. The drink is one of the most popular craft beers currently existing. It is also one of the few drinks perfect for any season or occasion.